Born and raised in West Texas, Maxine Bennett’s love of Native American artistry goes way back – way, way back. In late February, Maxine celebrated her 100th birthday in style at the store she launched in 1973, a store that sells exclusively handmade Native American jewelry. 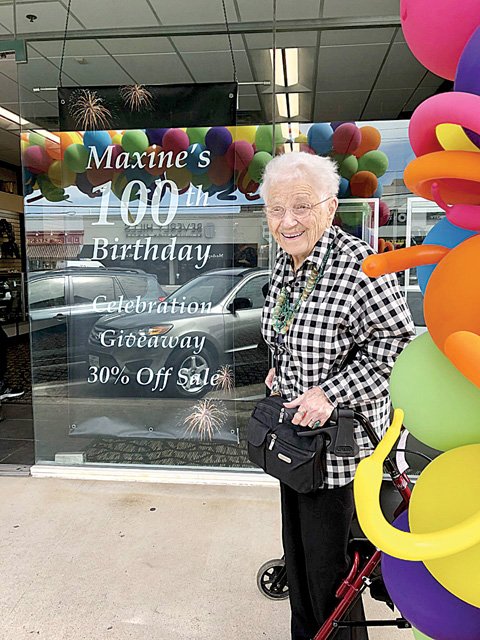 Maxine hails from the towns of Big Spring, Midland and Rankin, where she grew up loving the silver and turquoise of Native American jewelry, along with dancing the Charleston for spare change at a local cafe. She married an oil man, Louis Bennett, had two children – Scotty and Beverly. Maxine and Louis traveled all over the world, visiting exotic locales including Mozambique, Iraq, Kuwait, Libya, Tunisia and Singapore. When Louis died unexpectedly during their visit to Saudi Arabia, she returned to Texas to bury her husband.

“She was just lost and had to restart her life,” says Sherry Ward, Castle Gap’s Marketing Manager who worked in the store during college and then returned after graduating. “She and Scotty started Castle Gap Jewelry in Dallas – they both loved sterling and turquoise.” In the ’80s, Beverly joined the family business.

“Castle Gap” was inspired by the area where Maxine, Scotty and Beverly all grew up – near the Castle Gap pass through the Castle Mountains. “According to legend,” the store says, “as many as eight treasures have been lost or buried in Castle Gap over the centuries from gold cached by Francisco Vasquez de Coronado in 1540 to the treasure of Mexican emperor Maximilian in 1867. Over the years countless people and treasure hunters have ventured to Castle Gap in search of those riches, including the entire extended Bennett family (the business owners, their children, and their grandchildren.)” 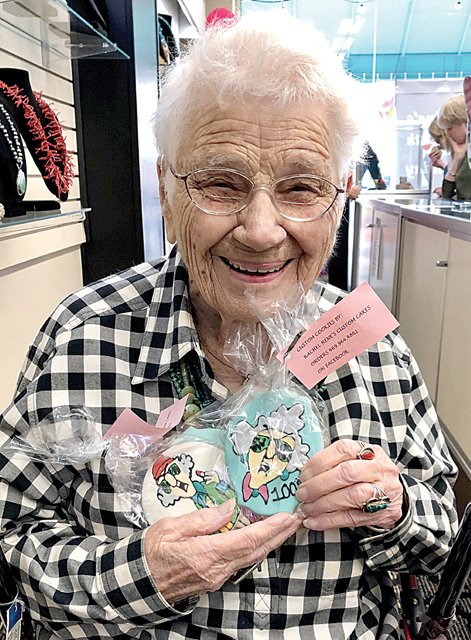 Maxine’s love of Native American jewelry goes hand-in-hand with her respect for the heritage of the artists themselves. “My passion isn’t just for selling beautifully handcrafted jewelry,” she says. “Through our business we not only help support individual Native American artists and their families, we support traditional Native jewelry making as a whole. Our dream was not only to create a successful business, but use it to help make traditional artistry profitable enough for Native Americans to continue passing on their knowledge and artistry from one generation to the next.”

“By selling strictly Native American pieces, we’re promoting those traditional practices and keeping them going,” says Sherry, who is half Muskogee Creek and the only employee of Native American heritage. “For lots of Native Americans, jewelry making was their trade,” she says, lamenting the challenges brought by competition with chain stores and foreign trade. “We try to combat that in our own little way. We travel to New Mexico and hand-pick the pieces,” all made with nothing less than sterling silver – never silver plate – the highest quality Native American jewelry. By carrying only sterling silver and hand-selecting every piece, the store assures its customers they can feel confident their purchases are always authentic.

Maxine, bright-eyed and beloved by her customers, still stops by the store occasionally. Since Scotty’s death in 2018, Beverly runs the store along with Sherry and another longtime employee, store manager Laura Thompsen. Sherry and Laura together have been with the store for more than 40 years. 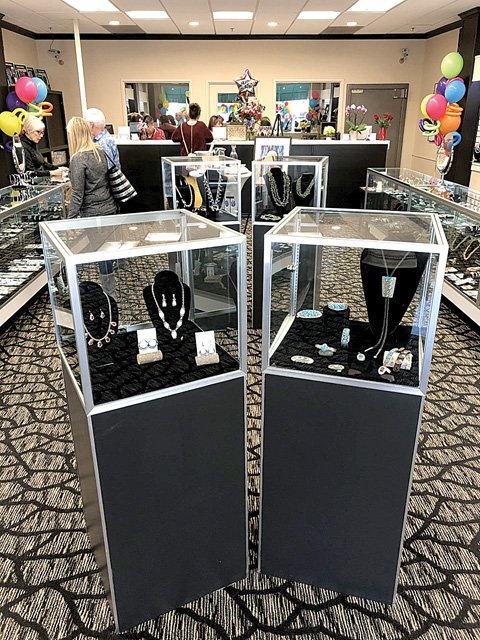 The owners “handpick each artist featured in our store. From contemporary jewelry designers such as Zina and Acleoni to traditional Native American artists such as the Cadman brothers and Darryl Becenti, we carry only authentic sterling silver jewelry.”

Party of a Century

“The whole party was amazing!” Maxine says. “I feel so blessed to have such a wonderful life filled with so many people that love and care for me. Not many people get to create such a lasting legacy, and that’s what I feel this is – a legacy, not just a store.”

“We love the center we’re in,” Sherry says. “Management at The Plaza at Preston Center provided cookies decorated with the ‘Maxine’ cartoon lady, and Maxine was thrilled. They did a balloon archway at the front of the store, and we had balloons inside. We had sweets, champagne, a 30 percent-off storewide sale, and a Century Giveaway where we gave 10 $100 gift cards to customers. We had lots of people and friends stopping by. We’re a family business, and when our customers have been with us so long, they become family, too. It was enormously fun, with hundreds of people – about 200 Thursday, 200 Friday and 300 Saturday. We all toasted and celebrated Maxine, and it was great.

“Maxine had a fabulous time,” she says. “She was here for about four hours on Saturday. We’re just so lucky she’s still with us and able to enjoy – 100 is a long time!”

“There’s no one like Maxine!” one fan wrote on Facebook. “She’s such a strong and special woman! Happy, happy birthday!” “Never seen so many balloons,” said another. “She deserves them and more.” 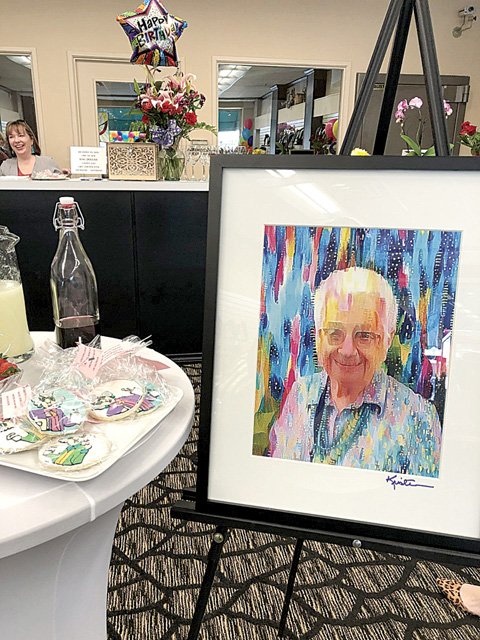 Maxine credits continuous high standards in jewelry quality and customer service for the store’s success. “People shop at family owned businesses for a reason – they want friendly and attentive service while putting their money back into the local community. We want each person to feel welcome and comfortable while here and to leave feeling that we went the extra mile to make them happy. Castle Gap provides jewelry and service that you can’t get just anywhere.”