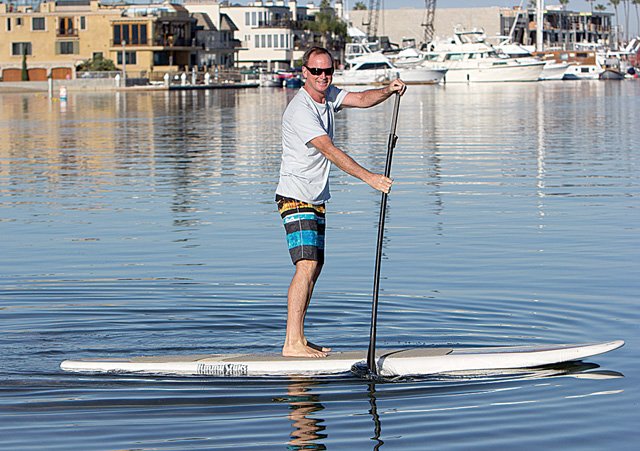 “In years past, reading fiction novels was my escape,” Jim says. “More recently, paddle boarding before work amongst the sea lions, dolphins and occasional shark mentally prepares me for the day ahead. So much so that we have dedicated our old VP’s office as our future company Zen Room, for employees to break away from the daily stresses, alone, when needed.

“I grew up as the middle child in a large middle class family, setting the stage for my future Zen needs! Delivered in Denver, I experienced life in Kansas, Oregon and Ohio before settling – or what I thought to be settling – in Southern California at age 19.”

Shortly after graduating from Cal State Fullerton with a marketing degree, the company Jim had started as a sophomore was purchased by Unique Packaging, a Canadian-based jewelry box and display company with five distribution centers in the United States. “A couple of years later, I joined Jewelpak Corporation as Vice President. The years at Jewelpak were invaluable as I was shipped off to live in Mainland China with the task of setting up five production facilities and overseeing our two Hong Kong trading offices, then off to Europe to integrate Jewelpak Europe’s product offering into our European partners’ (Hirsch watch straps) distribution centers and to train Hirsch’s sales force. 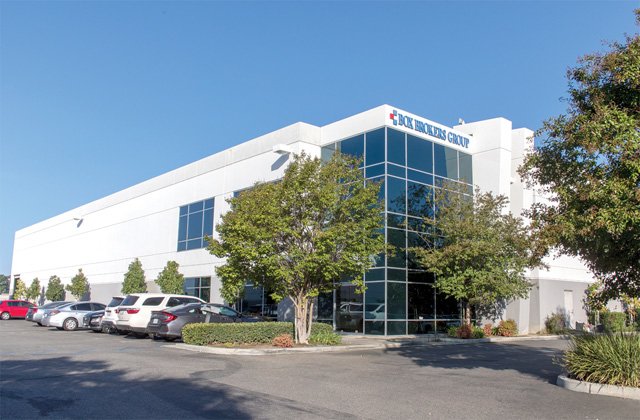 Box Brokers’ state-of-the-art distribution facility in Orange County, CA.“Upon returning, I was shipped off to Washington, D.C., when our industry sued the federal government over duty and Customs issues. I was walking the halls of the Russell and Hart buildings daily, drumming up support from Congressional leaders. From this five-year experience in my late 20s, I became an expert in box and display production in Mainland China, got an in-depth understanding of servicing international accounts logistically, and know more about Customs domestically and abroad than anyone in our industry.”

Less than a year after returning to California in 1994, Jim’s Hong Kong associates financially backed the beginnings of Box Brokers Group (BBG). Originally, BBG was a factory agent/broker selling container loads to well-known companies. In 1996, the company opened its first distribution facility in Los Angeles to service chain stores as well as the independent jeweler, and in 2001 expanded into the optical industry.

“By 2005, we had outgrown three larger facilities and purchased a brand-new, state-of-the-art distribution facility near Disneyland in Orange County that we still call home today,” Jim says. “Our building is so highly automated that it allows us to efficiently operate with just 20 year-round employees, giving us all more Zen time. We can also effectively handle distribution and logistics requirements worldwide from Los Angeles, no longer requiring branch offices overseas, though we still utilize public warehousing in Canada and China.”

Today, BBG offers a program for each segment of the market: 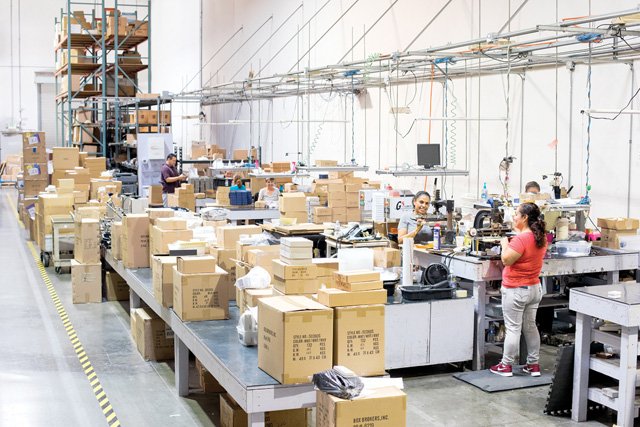 The Move to High-End Displays

Box Brokers built its name “representing the most prestigious packaging manufacturers in China, but offered the same run of the mill, China-quality displays as everyone else,” Jim says. “Six years ago, I set out to change this. First however, I had to convince one of two factories in Mainland China – that had the technology and processes to produce high-end displays – to do business with BBG.

“Next, I had to find a U.S. company with the knowledge and vision of what works display-wise in North America. I found that in Richard Levi, owner of Luxury Display Group, based out of Long Island, N.Y. Richard and I had known each other since we were kids, so a merger of sorts was natural with Richard being one of the most artistic and creative people in our industry today and BBG with the infrastructure to execute things. In early 2016, BBG merged Luxury Display Group’s product offering into our product offering.”

Jim invites independents to see for themselves how the company “incorporated modern-day functionality with American quality of yesteryear. Though slightly more expensive than the standard China displays, our new collection will far outlast other imported displays, saving you money over the long term.” 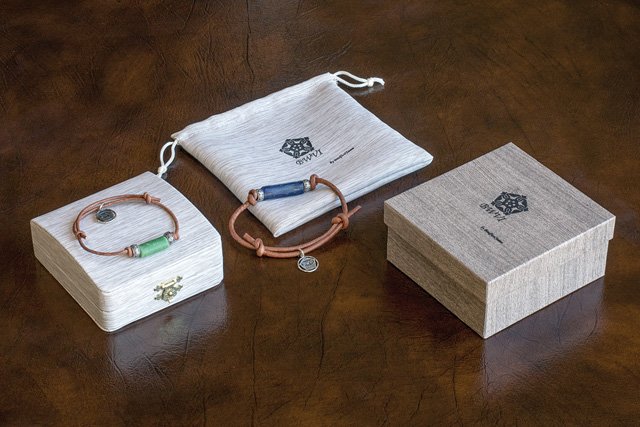 BBG has built its loyal customer base on consistency in quality and on-time deliveries, “two things lacking in our industry for decades,” Jim says. “Independents love us for our laid-back California way of treating them. We have no minimum orders or costly setup fees, give 80 percent of our customers free printing plates, have a liberal return policy without restocking fees (on non-printed goods) and strive to make your buying experience pleasurable by not having many rules.

“BBG can service all segments of the market because of our 25-plus year relationships with nine of the best specialty factories in China today, and the fact that we are the most prompt in paying the factories, which has built decades of trust.”

Box Brokers and its employees are always thinking of ways to pay it forward and help others. “We react to most natural disasters by not only providing relief goods, but soliciting a network of other local companies to contribute, and provide semi-trucks to get the relief goods to their destination promptly,” Jim says. “Other favorite charities are those for kids, orphans and wounded military, and supporting the families of our military. Most of our customers also get Christmas gifts in their Q4 shipping.”

Box Brokers this year filled two key vacancies. Christina Snyder, with a sales/marketing degree, joined BBG in January as Sales and Marketing Director. “Her personality is contagious; she’s creative, yet smart, and like most Millennials she keeps organized and follows up on things lightening quick, from her smart phone,” Jim says. “Then in April, Anchaya Piamprasatporn joined BBG as our International Director of Procurement. Anchaya has two master’s degrees in business, one being in business analytics. She worked in the financial industry and international procurement prior. She is also a certified beer judge for any of you who attend beer fests or want a quick education on the best micro-brews.” 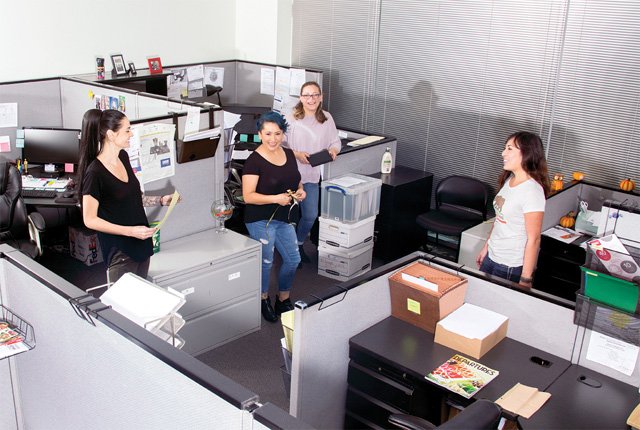 The working environment at Box Brokers keeps the staff happy and productive.

On a closing note, Jim says independents should be aware of how new tariffs affect them, particularly in regard to buying before the year ends. “Most of our product was included in round three of the new tariffs placed on China imports. Between Sept. 24 and year-end, most products carry an additional 10 percent duty. As of Jan. 1, this increases to 25 percent. I am astonished that most all of our competitors are now collecting the higher duty on all products sold, when the leading category of packaging – the plastic shell leatherette box (BBG’s Catalina, Genoa, Manhattan and Huntington series) – was excluded from the rate increases.”

Jim says retailers are welcome to call or e-mail BBG a picture of their current packaging. “Even if your intent is to still buy from your current supplier – we like loyalty – BBG is happy to confirm whether your product has been affected by the new tariffs. And keep in mind that any product ordered from BBG by Dec. 31 will still enjoy the zero to 10 percent increase, even if we ship after the first of the year.

“So, get your orders placed by year-end, then Zen out!”