If you are a jewelry store owner operating in a strip mall in a small city in Florida, watch out. A burglary crew that has been operating across the state of Florida for the past six years may be casing your store. Since 2011, authorities have linked a highly skilled crew to 21 burglaries across the country with losses to jewelry store owners estimated at $13 million and counting. Many of the jewelry store burglaries have happened in small cities in Florida, according to a source close to local law enforcement. 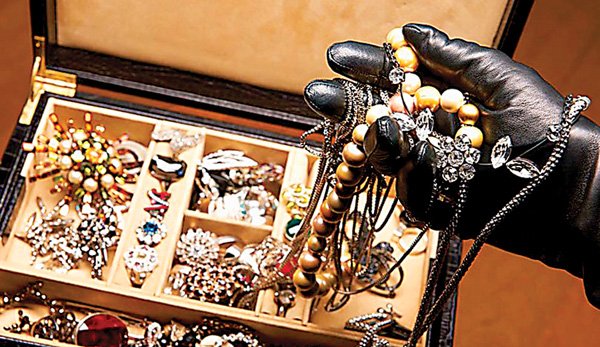 According to local newspaper accounts reporting on investigating groups’ findings, authorities believe this crew is based in Florida. With The Sunshine State as its operating base, this burglary crew has been at large for more than six years for good reason. They’re good at what they do, they cover their tracks well, and they aren’t greedy.

Local law investigating agencies can attribute the 21 burglaries to this one crew based on their chief identifying characteristic of breaking into mainly strip mall-based jewelry stores through a low security neighbor (such as a nail spa) or vacant adjoining retail space.

At the time of the burglary five years ago, the retail space next to The Jewelry Store was vacant. According to local newspaper and police accounts, it’s believed the burglary crew broke into the vacant store, made holes in the wall to access the adjoining jewelry store, and then got down to business.

Investigating groups also believe that this is a small, specialized crew of three, perhaps four people. In addition to gaining access through a low security neighbor or vacant adjoining retail space, the crew is highly skilled at bypassing alarm systems and breaking into safes.

This burglary crew also makes it a point to focus their efforts on jewelry stores based in small Florida towns. In 2011, believed to be their first year of operation, they broke into a jewelry store located in the second largest city they’ve worked on (which also happened to be the very first store authorities believe this crew hit). Located 36 miles east of Tampa, the crew burglarized a jewelry store in Lakeland, FL (population just over 102,000).

“The reason for small towns is they have fewer cops,” says the law enforcement source. “When following up a crime it comes down to time and resources. And, once a crime is committed, a small city or small town’s police force can only commit so much time and resources to solving a burglary. They are too busy with day-to-day duties.”

The crew has been largely successful in executing their crimes, but they have hit a speed bump or two along the way. Of the 21 stores they burglarized, two were unsuccessful. In one store they tripped an alarm they missed and in another store in 2015 they were knocking through a wall from an adjoining retail space and accidentally hit a water main. Averaging about two stores per year, the crew made up for the failed burglary attempts by hitting four stores in 2015.

Depending on the crew size, when $13 million is divided three ways or four, $4.3 million or $3.2 million is a lot of money to show for their effort. The crew is perceptive enough to realize the golden rule of not being greedy when the going is good. This, investigative authorities believe, is another reason this burglary crew has evaded capture for six years and counting.

At press time, investigating groups have no suspects and few substantial leads. Any gem and jewelry industry member with knowledge of these crimes can contact Southern Jewelry News.

Leads such as suspicious individuals, especially those casing a store, are most welcome. License plate numbers of cars driven to the scene would also be helpful to investigating authorities. This information will be forwarded to local sources close to the investigation.