Lab-grown diamond sales on the rise

For retail jewelers the best Christmas season is the one that ushers in strong sales into the next year. At press time (early December), industry prognosticators and economic forecasters indicated holiday season diamond jewelry sales will be better compared to 2018 with good sales ahead in 2020 based mainly on favorable consumer and economic indicators. 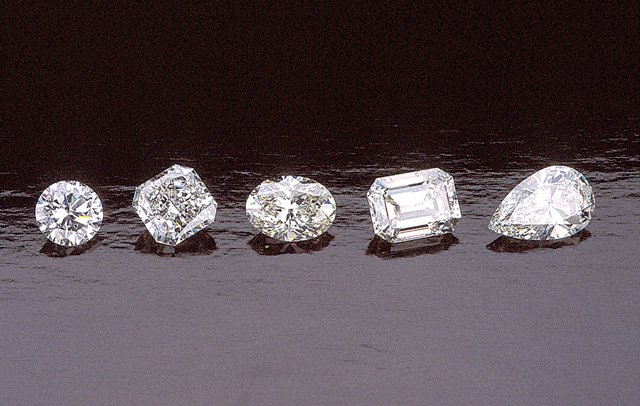 Strong diamond sales during the holiday season are expected to usher in favorable sales in 2020. Photo courtesy Stuller.

In other diamond forecast news, industry experts are also predicting a drop in the sourcing of mined diamonds. While the numbers of diamond rough carats coming from mines are on the decline, it is predicted more lab-grown diamonds will be entering the market.

But sourcing diamonds may not be a matter for mined or lab-grown. The secondary market for diamonds has been lucrative for a number of years with Baby Boomers (those born between the years 1946 and 1964) retiring at a rate of 10,000 per day. Factor in a divorce rate of 3.2 per thousand in the US, and American consumers have created a lucrative supply of what many call “the ultimate in green ‘recycled’ diamonds.”

Of the three diamond forecast issues, news for diamond sales in 2020 is looking very favorable. The 2019 holiday sales at press time indicate a very strong start to the Christmas season. For starters, last Christmas was hampered by talks of recession. Coupled with the 35-day government shutdown that began on December 22, 2018 and it’s no wonder many retailers and industry experts proclaimed it a “disappointing” season.

What a difference a year makes. The basic economic indicators of unemployment/workforce participation rates, consumer confidence, and retail sales are demonstrating prospects for a “very strong” 2019 holiday season with the sales momentum going into the new year. 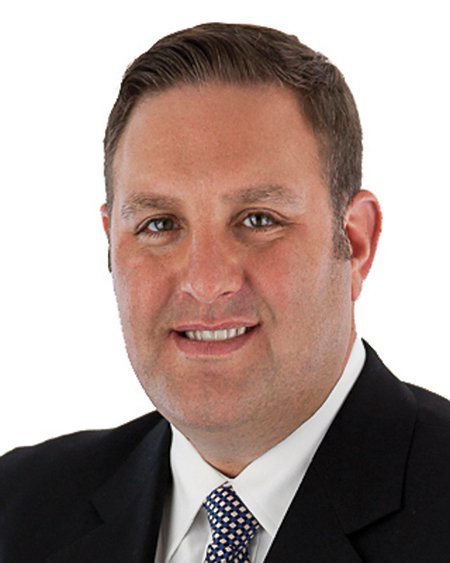 Andrew Rickard, vice president of operations for RDI Diamonds, is very bullish on a strong holiday season and the consumer sentiment it will carry into 2020. “In looking at the day-to-day operations of my business, it’s looking like it’s going to be a very strong holiday season,” says Andrew. “Bread-and-butter goods, from a half-carat on up to two carats, are doing very well at the start of the holiday season.”

More importantly for Andrew and his colleagues at RDI is the sales of larger items in the 3-carat to 6-carat ranges, which have been getting “a lot of activity” early in the holiday season. In looking ahead at 2020, Andrew says: “Consumer confidence is at such a level that we’re seeing increases in diamond upgrades for older couples, more self-purchases and young couples investing in larger stones. I haven’t seen any indicators that this will slow down in 2020.” 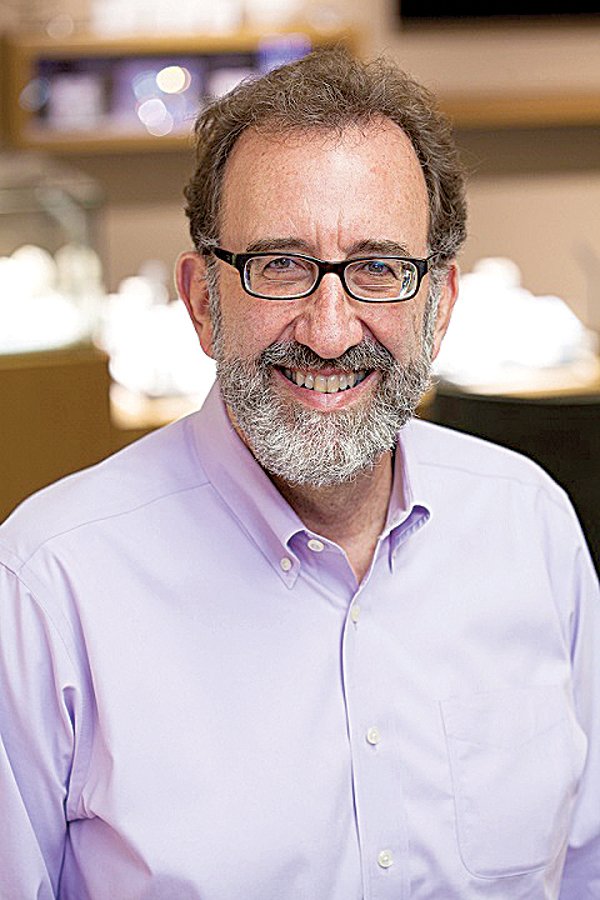 Stanley Zale, Vice President of Diamonds & Gemstones at Stuller agrees. “This year [2019] didn’t have a strong start considering what happened in Christmas 2018. But things turned around in the latter part of 2019, with solid levels of growth for the next six to 12 months for sure.”

Asaf Herskovitz, CEO of GN Diamond, shares the optimism of his diamond industry colleagues. “It’s looking like Christmas 2019 will be 10 to 15 percent better than the previous holiday season. We do business with 4,000 independent jewelers across the country and many, many of them are very optimistic, not only about the holiday season but the year ahead. Even though it’ll be an election year, the economy is strong and will continue to be in 2020.” 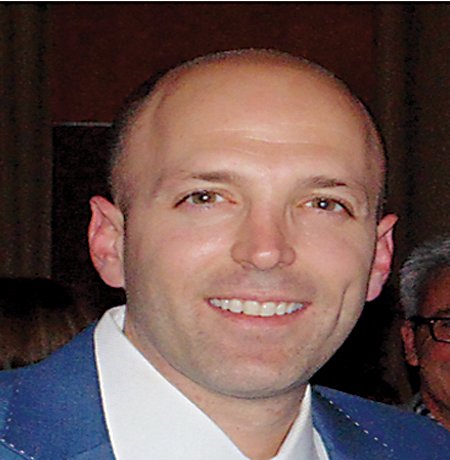 But Asaf cautions retailers not to rely too much on a strong economy for diamond sales in 2020. He encourages them to advertise more aggressively, create call-to-action messages, and good old clienteling of existing customers. “Retailers should be using coupons with printed ads and mailers and time-sensitive messaging in their radio ads to attract diamond customers.”

Good economic news usually brings about strong diamond sales. But perhaps the most reported on topic in the mainstream media and the trade press is on lab-grown diamonds. In the last decade, the technology to create lab-grown diamonds has made great strides, so much so that even De Beers created its own goods with their announcement of Lightbox in May 2018.

After years of vehemently opposing lab-grown diamonds, De Beers sold their goods online in 2018 with the Lightbox announcement. In late 2019, De Beers doubled their retail efforts by partnering with Bloomingdale’s and Reeds Jewelers to showcase their Lightbox goods in these well-known brick-and-mortar stores.

Opinions among industry members (from retailers to diamantaires) vary, but there’s a consensus that lab-grown diamonds will go the same way as synthetic precious gemstones. “If the history of the gemstones market is a guide, the market will eventually settle down in the range of 10 to 12 percent share in the overall [diamond] market,” says Stanley. 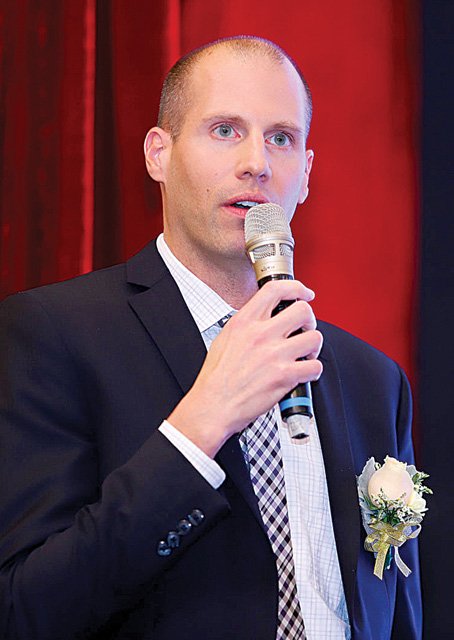 Diamond industry analyst Paul Zimnisky holds a similar view, adding: “I forecast that man-made diamonds will grow from about 3.5 percent of the total diamond jewelry market in 2019 to just under 6 percent by 2023 and then just moderately grow in those terms from there. That said, longer-term I see the greatest growth in man-made diamonds coming in the fashion jewelry segment as I think the product will make for a very compelling option for consumers especially at lower-price points in that category.” 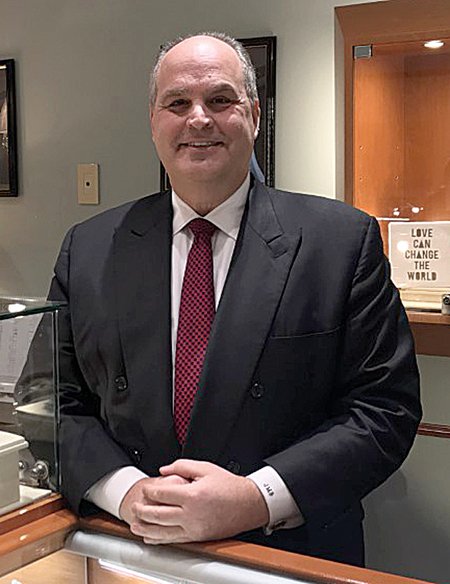 John Stafford, CEO of Dayton, Ohio-based Stafford’s Diamonds, has a different take. “The genie [the technology for making lab-grown diamonds] is out of the bottle and is currently out of control. Until the market corrects itself and stabilizes, at its current trajectory lab-grown diamonds could take over as much as 70 percent of the diamond market share.”

No matter the market share percentage of lab-grown diamonds, there are definitely big shakeups in the mined diamond portion of the industry. 2019 marked the first year that rough from De Beers’ Voorspoed mine did not enter the market and the company’s Victor mine concluded production in the first half of the year, which going forward represents a combined loss of 1.4 million carats annually, according to Paul.

Argyle, the famed source for extraordinarily rare pink diamonds, will go offline in 2020. “Diamond production will most likely be just over 140 million carats in 2019,” says Paul, “But by 2023 that figure is forecasted to drop to under 130 million carats or less.” 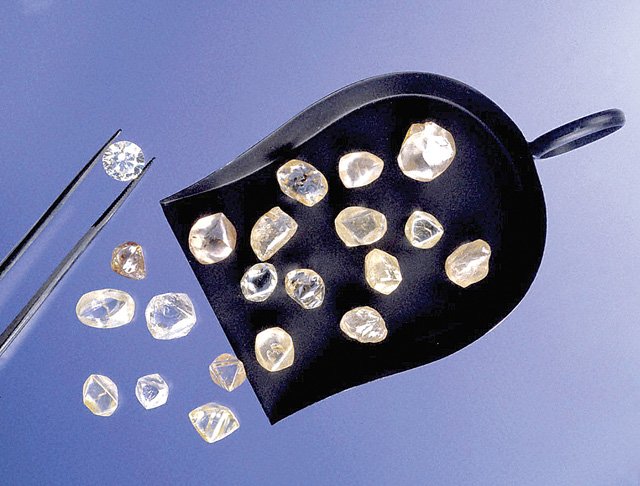 Diamond rough supplies are expected to decrease in 2020. Photo courtesy De Beers.The secondary market has become a “saving grace” of sorts to source diamonds. Although there are some younger consumers that seek out lab-grown diamonds as a “greener” alternative to mined diamonds, the massive amount of energy needed to produce these goods diminishes the green argument. Diamond industry experts agree, the ultimate green diamond is a “recycled diamond” from mainly downsizing and divorced couples.

Even with secondary market sourcing, lab-grown diamonds aren’t going away any time soon. And, they may be here to stay. Some diamond industry leaders foresee lab-grown goods taking over market share Moisssanite and CZ enjoy, replacing these simulants with better quality gemstones.

Perhaps the best way to navigate a fickle and often confused diamond customer is to “know the value proposition of mined and lab-grown diamonds,” says Stanley.

“Regarding lab-grown diamonds, the market will always have a place for drop-down price options,” says Andrew. “For mined diamonds, it’s the rarity. How often can you touch something that is a billion years old every day on your finger?”

“I understand there are a lot of customers that only have $3,000 and must purchase a one-carat diamond,” says Asaf. “Lab-grown diamonds can fill that need, but retailers should disclose fully that in two to three years, the lab-grown diamond will lose half its value, and that’s a conservative estimate. If the customer knows that and accepts that, sell them what they want.”