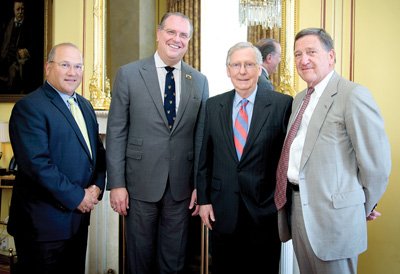 President-elect Donald Trump has been in the public spotlight for decades. Domestic and international television viewers have watched and perhaps learned of the famous billionaire turned reality TV host. But his campaign was all business, pure showmanship and marketing, the likes of which the media, social media and the American public has never witnessed.

In the wake of what many call a historic election, the non-political, non-ideological businessman candidate is rolling up his sleeves and preparing to be America’s 45th president. Whether you voted for him or not, hate him or like him, the consensus among retail jewelry store owners is Trump comes from a business background and will work on the behalf of companies of all sizes based on his business experience and acumen. There is reason for optimism. And, Trump’s leading ladies in his life have their own jewelry businesses. This certainly works in Trump’s favor or makes the election results a little more palatable for some.

And, with a Republican president, and Republicans in control of the House and Senate, Trump has the numbers to make his campaign slogans the law of the land. This includes business-friendly legislation, which has certainly caught the attention of Jewelers of America, which fights for legislation that supports jewelry businesses.

“Things could still happen in the lame duck session, but we’re very hopeful that something significant will happen with  legislative proposals championed by Jewelers of America, leading with the Sales Tax Fairness,” says Jenny Caro, co-owner of Woodbridge, Virginia-based Jewelry by Designs, and Chair of the Jewelers of America Political Action Committee (JAPAC). “With regards to the economic and business outlook for 2017, Trump comes from a business background and has more of an understanding of what it takes to make a business work,” adding her personal perspective on the incoming President. 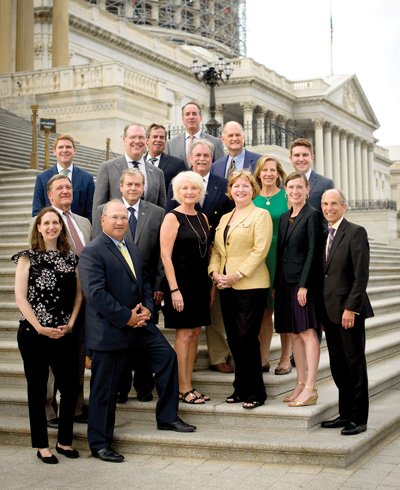 For Jenny and other retail jewelers, with Trump’s wife Melania and daughter Ivanka both owning their own jewelry businesses, it will be “helpful to make jewelry, and fine jewelry at that, matter again in the eyes of the public.”

Jewelers of America (JA) works with D.C.-based government affairs firm Haake Fetzer to ensure the voice of the jewelry industry is heard on Capitol Hill. The association uses tools like JAPAC, which is the only PAC that supports the fine jewelry industry, to help build relationships with lawmakers on both sides of the aisle. Key issues they are tracking include passage of a Sales Tax Fairness bill and making sure the accounting method of LIFO (Last-In, First-Out) is not repealed.

With regards to the Sales Tax Fairness proposal: “The focus of our efforts will remain on the House of Representatives and the Judiciary Committee, in particular,” says Susan Thea Posnock, director of public affairs and education for JA. “While there is bipartisan support, there are key differences between the committee leadership and the champions of the measure with regard to how sales tax fairness legislation should be structured at the federal level. We are confident that the bills introduced in the House and Senate during the current congress is the best way to level the playing field between online and traditional retailers.”

Susan added that Jewelers of America will be encouraging both Democrat and Republican lawmakers to reintroduce those in 2017. The hard part will be finding fair compromises and getting over any sticking points between them. And, if Congress considers tax reform as expected, this would present another approach for JA to advance passing sales tax fairness legislation, among other tax provisions favored by jewelers.

With regards to LIFO, Susan says, “LIFO is safe for now, but as the new administration and congress explore tax reform and other potential budget and entitlement reform options, pressure to repeal LIFO will remain. Although LIFO was preserved in a House Republican tax reform Blueprint released in June 2016, the fight to keep LIFO will continue because lawmakers on both sides of the aisle view it as a very favorable revenue raising option.” 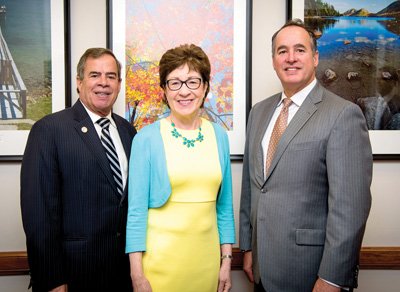 In keeping with his campaign promises, Trump is also looking to repeal and replace President Obama’s signature piece of legislation, the Affordable Care Act. According to Susan: “It’s too early to comment specifically on the impact as the processes for modification of both the Affordable Care Act (ACA) and the Dodd–Frank Wall Street Reform and Consumer Protection Act could take multiple years.”

But many that voted for Trump would like quicker action on repealing ACA. Rex Solomon, owner of Houston Jewelry in Houston, Texas, who is also a state member of the National Retail Federation, serves on the board of the Texas Retailer Association and is an officer of the Texas Jewelers Association the Lone Star State’s JA affiliate group, has observed firsthand the effects ACA has had on small businesses.

“Whether it’s a jewelry store owner or one of my customers, the ACA is affecting so many people’s disposable incomes,” says Rex. “With premiums on the rise and deductibles going up in tandem, people have to spend more on healthcare. This legislation was designed to do this, so as to cripple the private health insurance industry, sending costs spiraling upward and out of control, so that a single payer system would ‘fix’ the fiasco.”

Not everyone agrees with Rex’s assessment. Jonathan Bridge, Co-CEO of Ben Bridge Jeweler, Inc., and a member of the JAPAC Board, offers his personal take: “A single payer system is what we should have had in the first place,” says Jon. “But the Republicans didn’t want anything to do with passing a universal health care bill, so we got the Affordable Care Act. If Trump and the Republicans undo this situation, it will be the largest number of people needlessly taken off a government system that offers affordable healthcare. It will lead to economic disaster.” 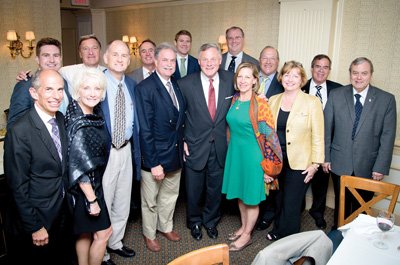 Repealing Dodd-Frank is another agenda item for the new Republican majority. But for the jewelry industry this legislation would have greater impact on publicly traded companies (namely Signet Jewelers Limited, Tiffany & Co., and Berkshire Hathaway), that must directly comply with regulations governing the conflict mineral supply chains and related reporting requirements. Concerns about the regulation have included the related cost of compliance and unintended consequences, such as forcing a very large number of companies to totally boycott the affected regions.

“While these continue to be legitimate issues, the industry has focused on compliance and as a result has made great strides in improving supply chain transparency through tools like the OECD Due Diligence Guidance for Responsible Supply Chains of Minerals from Conflict-Affected and High-Risk Areas,” says Susan. “There are some aspects of the law that remain a serious concern; but a repeal of the provisions would probably not turn back the clock on all the progress that has been made within the jewelry industry.”

Matthew Rosenheim, president of D.C.-based Tiny Jewel Box, is at the epicenter of the transition of power as a jeweler that serves a wide range of customers from lobbyists to lawyers, at his family’s jewelry store in the nation’s Capital. Opened in 1930, the family store has seen its share of presidents and their appointees and cabinet members come and go.

“The current administrations absorb a lot of talent from the private sector when things start up, but the incoming administration also picks up a lot of people,” says Matthew. “There have been transition of power years when there’s a noticeable difference between outgoing and incoming staff and their support teams, but for us we’re seeing a lot of young people flock to the city so business has been good for us, especially with a recent store expansion that has helped bring in additional inventory. We don’t foresee any real shake-ups in our business during this transition.”

Regarding the recent presidential election: “People are glad it’s over. There is an emotional release and people want to feel good so they are buying jewelry. It’s the holidays – c’mon. Right now people are feeling confident and optimistic and are buying jewelry,” says Matthew.

Others remain unsure and uncertain of what a Trump presidency will mean, to the country and the industry. “Trump is unpredictable and I’m not optimistic at all, but am trying to be hopeful,” says Jon. “In the short term some tax issues may be resolved to benefit businesses of all sizes. But tax cuts will create inflation, which will make it difficult for retail jewelers to borrow money. That and some of his initial actions and comments after the election, and that Twitter stuff, make people nervous.”

Rex has a different take on the Republicans’ tax plan. “Speaker Paul Ryan has a history with the Ways and Means Committee, a very powerful and influential committee. He has a really well thought out tax plan and knows how to implement it.”

For Jenny, she’s already seeing changes in her Virginia market, which is in D.C.’s backyard. “In early December we held a three-day event from Friday to Sunday. Our door count was 900. We did $170,000 in sales during those three days. I think people are glad the election is over and they feel better about spending money on jewelry during Christmas. Next year, I think we’ll continue to see good sales and JAPAC making big strides to help our industry.”