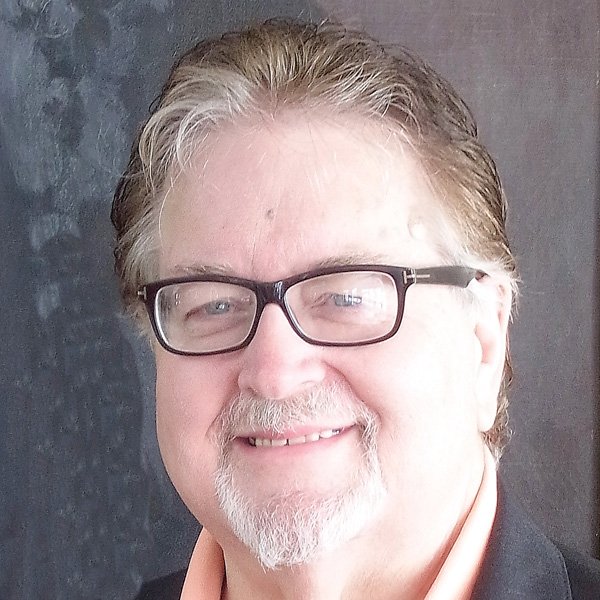 More than six years ago, a former employee targeted Jeffrey Hess, his wife Katrina and their staff with sales of “super fake” Rolex watches. Jeffrey wasn’t stung, but the event got the owner of Old Northeast Jewelers to rethink how buying is done from the public. Jeffrey then created an in-house affidavit people must sign before selling pre-owned jewelry or watches to the Florida-based jeweler (with stores in St. Petersburg and Tampa).

An affidavit is simply a signed document that states whatever you’ve said is the truth. In the case of selling pre-owned jewelry or watches to Jeffrey and his staff, signing his store’s “Bill of Sale and Warranty of Authenticity” affidavit establishes that both parties agree on the description and they are warranting the description being signed, according to Katrina.

In the business of buying, selling, and repairing fine jewelry and watches since 1979, many customers look to Jeffrey and his staff as experts. “People expect us to be experts,” says Jeffrey. “After all, I did co-author ‘The Best of Time Rolex Wrist Watches: An Unauthorized History’, considered by many as the ‘bible’ of vintage Rolexes.”

In addition to protecting his earned reputation as a jeweler, watch expert and author, Jeffrey and his wife’s business grew to two locations with 30 employees. Even with rigorous training, the couple felt they weren’t doing enough. “Every new employee cannot be an expert,” says Jeffrey.

With the constant threat of being scammed, and having as many well-trained people as they can possibly have on staff, Jeffrey had ample reasons to create his own selling affidavit. Six years ago, Jeffrey and Katrina sat down and created an outline of what he wanted in his selling affidavit to establish in a written document signed by customers.

He and wife’s first thoughts when writing the first affidavit outline: “That a simple declaration of ownership that the state of Florida insists on in its police report was terrific, but fell short of full protection of us,” says Jeffrey.

To Jeffrey and Katrina’s credit, the original outline covered the necessary details in general language that offered the couple and their staff solid protection when buying pre-owned goods from the public. That original document was presented to their lawyer, who inserted “a bunch of mega-legalese,” says Jeffrey. “Our goal was to make it a shorter, understandable length.”

The next phase was to reduce the amount of legal language, simplifying it for a general audience, and still have the essential language in the store’s affidavit to provide the necessary protection. Ultimately, Jeffrey, Katrina and their lawyer created a one-page bill of sale and warranty of authenticity. The paragraph below, taken directly from the store’s affidavit, is the most critical and binding language for both the Seller and the Buyer.

I am not knowingly selling a counterfeit, copy, fake, replication, not genuine or otherwise not authentic name brand or item as described above. I hereby warrant that the above-described item is authentic and genuine as described above and has, in fact, been manufactured by the company or manufacturer indicated above, or properly authenticated by the authenticating body noted. I understand that the Purchaser has relied upon the authenticity of the item in its determination of value and in the setting of the sales price I have agreed to accept for the item.

“This eliminates the ‘I didn’t tell you it was real’ defense, or the ‘you’re the expert’,” says Katrina.

Additionally, if the item bought by the “Purchaser” (the jeweler) is found not to be authentic, the customer must repurchase the item back from the jeweler at the same selling price. Proof of authenticity must be provided by a third party. And, the customer has 72 hours to respond.

After a few exchanges between the couple and their lawyer, a final draft was placed on company letterhead and ready for signing. The first order of business was training staff on the new policies centering on the then new affidavit, which became part of the pre-owned jewelry and watch procedure book.

“We do have a procedure book and we train everyone,” says Jeffrey. “Only six of our 30 employees are GIA graduates. Another six are seasoned jewelry business veterans, but each has their own expertise. And, everyone cannot be experts in all things, hence the blanket affidavit covering everything.”

As many jewelry store owners can attest, new policies can be difficult to train on and implement in their stores. Jeffrey and Katrina’s case with the affidavit was no exception with a “slow” acceptance and start of the then new procedure.

In the early days of using the affidavit, staff members made a bad buy without having the customer sign the affidavit. This was the catalyst to force and even “shame” employees into using the new buying document, according to Jeffrey. It did, however, give way to improved training methods.

“We have periodic ‘show-and-tells’ when a fake comes into the store,” says Jeffrey. “We show them [the staff] the new ways Rolexes and other items are being faked. Of particular concern is a rash of Old European Moissanite set into antique platinum mountings that at first glance do a passable job of hiding the [facet junction] doubling.”

With the staff up to speed and periodic training classes regularly scheduled, the affidavit was rolled out to the customers. According to Jeffrey, about 40 percent of buys come from the public and 60 percent from dealers, which includes jewelers and pawnbrokers. Both groups must sign the affidavit to complete a pre-owned jewelry or watch buy transaction.

Customers, for the most part, responded well to the new document. And, it quickly weeded out potential fraud. “In some cases people would bring in fakes or counterfeits, and then were asked to sign the affidavit,” says Jeffrey. “Then they’d say that they ‘forgot their ID in the car’ and never come back.”

From the less scrupulous to mostly ill-informed, other successes associated with the implementation of the affidavit include better educating consumers on internet fraud. “There are scores of cases where people say ‘oh, we bought this on the internet and we’re not sure it is real,’” says Jeffrey. “And, a dozen or more cases when we called the customer and said ‘hey this is a fake’ and they came in and gave us our money back.”

Since the affidavit’s creation six years ago, Jeffrey and his staff have literally had thousands of the documents signed by those selling pre-owned goods to the store. For legal reasons signed and dated affidavits are stored for three years then shredded.

Within 48 hours, literally hundreds of active group members responded with requests for Jeffrey’s affidavit to be sent by e-mail. Some retailers were quick to respond and work with the document, while others shared thoughts and had reservations about using the affidavit.

On average, over the last six years, Jeffrey’s affidavit has helped prevent as few as one scam a month to as many as six or seven a month. “Scammers are everywhere,” says Jeffrey. “While 99 percent of sellers are good people, the one percent that are scammers can defeat an entire week’s profits with an expensive fake piece.”

At press time, Jeffrey’s affidavit was being challenged in a court case by a jeweler that used the document he created. Details of the court case are pending, but initial testimony and submission of evidence is providing a strong case for the jewelry store owner who used Jeffrey’s affidavit.