Never again. These are the two words most survivors of horrific events ask of those fortunate enough to not have been directly impacted by acts of hostility or tragedies in war. That’s just part of the message Mark Schonwetter, former president and owner of Lieberfarb, Inc. is sharing with the creation of his Holocaust Education Foundation. The Foundation’s goal is to promote kindness and respect through Holocaust education. 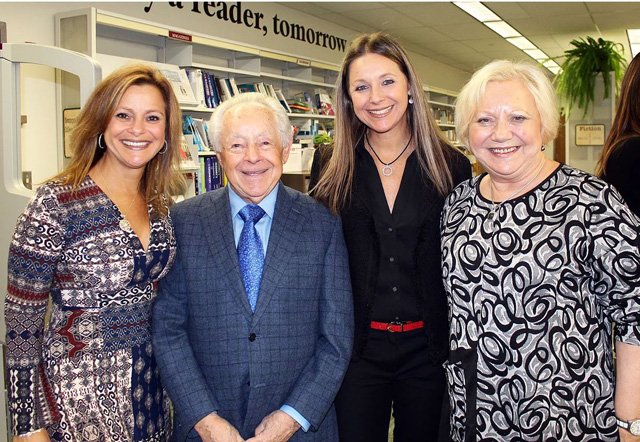 Mark and Luba Schonwetter with thier daughters Ann Arnold (l) and Isabella Fiske.

The impetus for the Foundation started when Mark’s daughters were old enough to understand the true horrors of the Nazi occupation of Poland and the persecution and eventual extermination of Jews. As with all families, oral tradition had its role for Mark and his two daughters (co-founders of the Foundation): Ann Arnold, Chief Strategy Officer at Buyer’s International Group; and Isabella S. Fiske, owner of ISF Jewels. 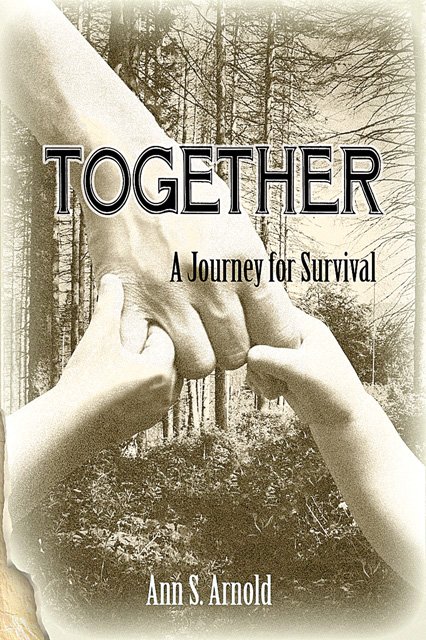 Ann wrote of her father’s experiences during the Holocaust years in the book “Together, A Jouney for Survival”.As his daughters matured, in 2009 Ann began blogging about her father’s experiences during the Holocaust years (1942 to 1945). The father-daughter collaboration spawned a number of blogs. Ann later realized there was enough material for a book. And, in 2016 she and her father published “Together, A Journey for Survival”.

“I always knew she was very motivated, and this experience has highlighted that,” says Mark. “I am very proud of her.”

Mark’s childhood experiences of evading capture by the Nazis during the height of the Holocaust years was not unlike the 2008 movie “Defiance” (starring Daniel Craig and Liev Schreiber). Mark was 6 when the persecution of the Jews began the forced wearing of yellow arm bands bearing the Star of David. Mark and his family were living in Brzostek, a remote farming village in Poland. As Mark recalls, in late 1941 or early 1942 the Nazis forced them out of their homes and into whatever rooms were available in the nearest large town.

Mark’s father was a leader in the Jewish community and was called to the group’s headquarters. “One night he did not come back,” says Mark. “We got word that the Jews were being rounded up and that we should flee.”

After spending a month in the ghettos of Dembica, in squalid conditions with no food or medicine, Mark, his mother and his sister fled for the woods of the Jaworze Forest. As a young boy, Mark and his family witnessed so much death already. But the terrors of the war were just beginning.

“At first we did not fully understand what was happening, but we knew we had to flee after hiding in the ghetto for nearly three months,” says Mark. “People were dying all over and were just left on the street.”

In looking back at the three years of hiding in the woods and forests of rural Poland, Mark and his sisters attribute their survival to their mother’s sheer will and resolute determination to keep her children alive. Along the way Mark and his family figured out the best ways to stay hidden. 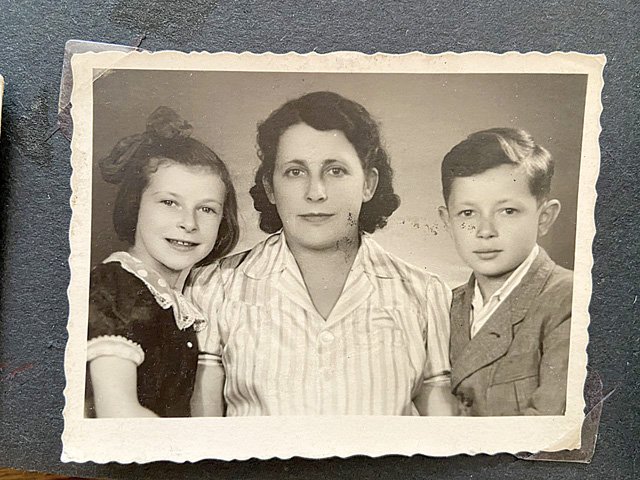 A post-war family photo of Mark Schonwetter, his sister Zosia and his mother Sala.

“We never built any sort of camps or structures,” says Mark. “People could spot them and report us. And, it was always just the three of us. On occasion some cousins joined us, but our group never was more than six people.”

Eastern Europe is known for its change of seasons. During the warmer months the forest and its canopy concealed those hiding from the Nazis. Foods were sourced from foraging and people (mainly farmers) kind and brave enough to help those seeking refuge in the woods. Winter was another survival story entirely.

“In the winters, Polish families that would take us in would hide us in attics, barns and even pig sties,” says Mark. “Any place they could find for us.”

In 1945, Poland was liberated by the Russian army. During the three years in hiding, those evading Nazi and SS troops only heard stories of the concentration camps and the mass extermination of the Jews. Upon returning to his gutted village three years later, Mark and his family took in the enormity of the genocide that happened during Adolf Hitler’s reign.

In 1945, Mark’s mother moved to a larger town. He and his sister returned to school. As a family, returning to a life of normalcy was done in small purposeful steps. Twelve years later, Mark and his family left Poland to live in Israel. “It was tough and difficult to succeed there, so I had some family in the US,” says Mark. “They sponsored me and gave me the ability to emigrate here.” 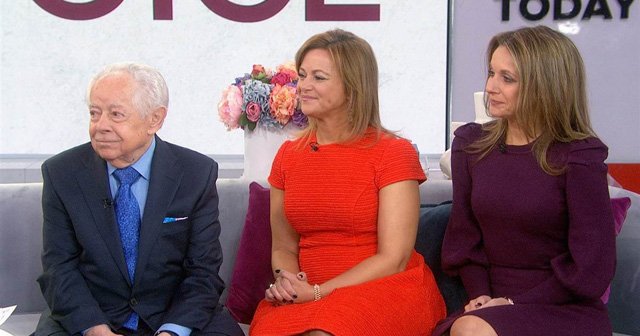 Mark Schonwetter, and his daughters Ann Arnold and Isabella Fiske, discuss the release of the collaborative book and his Holocaust period experiences during a Today Show segment that aired on Friday, January 24, 2020.

Mark arrived in the US in 1961. He had $5 in his pocket. His heart and mind, however, were filled with ambitions for a better life. A cousin knew the owner at wedding band producer Wright and Lato based in Newark. Mark’s first job was sweeping the floors. In five years he became the factory manager of Wright and Lato and in 1971 he had the opportunity to purchase another wedding ring company, Lieberfarb, from Carl Lieberfarb.

After 40 years, Mark sold Lieberfarb and left the company leadership in 2016. Like most retirees he wanted to continue to wake up each morning with a purpose. Mark decided it was time to share the dialogue from the pages of his daughter’s book to people willing to listen. With his daughters by his side, the Holocaust years and the brutality that defined this dark period in human history, Mark’s journey led to the formation and inspiration of the Foundation’s mission.

“The purpose of the Foundation is to promote kindness and respect through Holocaust education,” says Mark. “Our mission is to expand and support Holocaust Education for students in schools around the country and to provide funds necessary for educators to implement curriculum into their lesson plans. Roughly 38 percent of American students don’t even know about the Holocaust or what happened.”

As with any non-profit, funds are limited. Ideally, Mark and his daughters would feel more secure in the Foundation’s mission if they were endowed. For now, there has been enough grant money and donations for Mark and his daughters to present his experiences to limited audiences. They were able to launch their first grant cycle this January, and in less than a month received over 20 grant applications from states all over the country, with a potential reach of over 4,000 students. They are aiming to give out as much as they can in this first grant cycle, and hope that with continued support they can reach and affect even more students going forward. 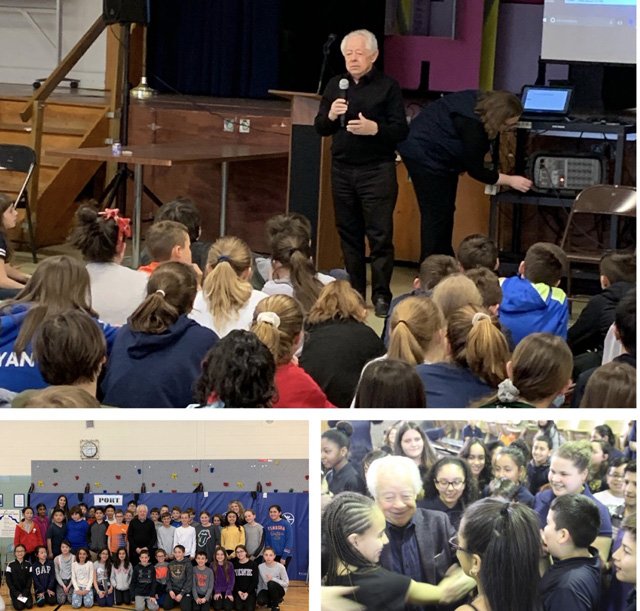 A collage of Mark Schonwetter sharing his Holocaust experiences with school children.

He takes solace, however, in knowing that 12 states mandate Holocaust Education with more bills in state assemblies waiting to be signed into law. “Regardless if it is mandated or not, many school educators see the need and benefit to teaching this subject, and we hope we can help them,” says Mark.

Retirement years are a reflective time. Mark is abundantly humbled and grateful he survived the Holocaust years, had the will and determination to live a full life to honor those that perished, and has been able to continue to work alongside his daughters in taking private family memories to the public. He also takes comfort in knowing his daughters will continue to share his stories and his Foundation’s mission for many years to come.