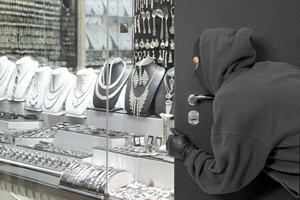 When reporting on crimes committed against the gem and jewelry industry, statistics bear out a yin and yang effect. The number of crimes is down, but the dollar values of these incidents went up with more luxury watch stores being hit (a crime that is on the downtrend). Robberies and burglaries have dropped significantly for stand-alone jewelry stores but have increased sharply for mall-based and strip center jewelers.

With ancient Chinese philosophy in mind, there are interconnected and interdependent reasons for these changes, as explained by Jason Johnson, loss prevention account manager for Jewelers Mutual during trade show presentations last year. Much of the information Jason presented was a combination of jewelry industry crime statistics gathered by the Neenah, WI-based insurance company along with statistics compiled by the Jewelers’ Security Alliance (JSA).

“The purpose of the presentation was to give an overview of the different types of crimes and where they are occurring,” says Jason. “After a series of criminals being arrested in 2014 and 2015 there was a significant reduction in the number of robberies and off-premise losses.”

Crime reductions are always welcome news, but a reprieve is usually short lived as criminals look for different ways to commit their illegal deeds. During Jason’s presentations he added that there has been a significant increase in on-premise thefts including distraction thefts, sneak thefts as well as grab and runs. Equally important findings indicate security risks and the losses resulting from crimes against jewelry stores have shifted from stand-alone stores and downtown city centers to malls and strip centers. 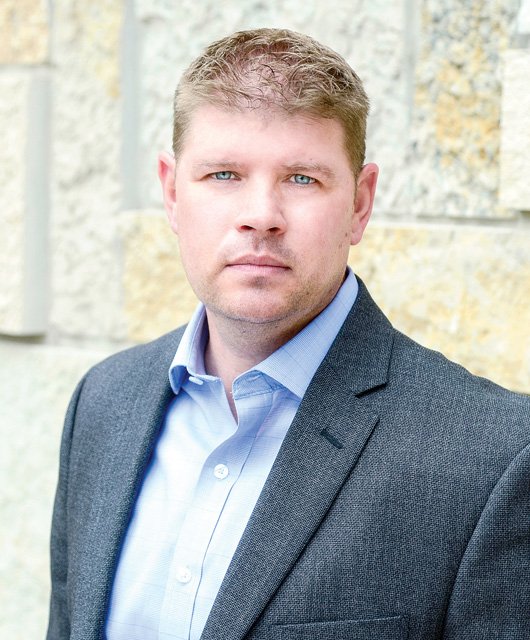 Jason Johnson, loss prevention account manager, Jewelers Mutual Insurance Company.“For years, malls and strip malls have had significantly less losses than stand-alone jewelry stores,” says Jason. “As security protocols have been upgraded to prevent losses at stand-alone jewelry stores through the use of controlled access systems, camera systems with recorders and armed guards, criminals have turned their attention to malls and strip malls which have less security measures in place.”

Most malls, according to Jason, have a number of service corridors, entrances and exits, easy access to highways, and the ability to case jewelry stores undetected from a safe distance. And, a huge benefit to mall jewelry store robbers is the ability to “get lost” in a crowd of shoppers as they leave the store and ultimately the mall itself.

During his industry overview seminars in 2018 Jason provided retail jewelers with a number of tips, starting with surveillance cameras. Although it is customary to have a number of cameras located near or on ceilings, jewelry store owners should consider some cameras pointing at face levels. In the event of a robbery or break in, quality facial images from store surveillance footage can increase the likelihood of apprehending the criminals.

In his talks with retaillers, Jason also found common areas that jewelers of all types could work on to reduce losses and increase security, starting with daytime thefts. Jason advises jewelers to avoid leaving safes and vaults open during business hours.

“Criminals have been entering stores in large groups and distracting sales associates while one member takes the merchandise from safes and vaults,” says Jason.

Second, when assisting a customer it’s incumbent upon the sales associate to always keep display cabinets locked, showing one item at a time. And, even if there’s only one customer in the store be sure to have multiple numbers of sales associates on the showroom floor.

“Never underestimate the power of having multiple people on a sales floor,” says Jason. “As more sales associates come out to the sales floor during a suspected incident, the criminal notices the increased presence and will more than likely think twice about committing a crime.”

The third area jewelry store owners can improve on to prevent losses is installing line security, which requires a two-way signal path. If the burglar can simply cut the wires that connect a store’s alarm to the communications system, the alarm is not an effective protection system for your business.

Even though rooftop burglaries and break-ins are down after a number of arrests in 2013 and 2014 (especially in the Southern states – chief among them Florida and Texas), Jason cautions jewelers to respond to every alarm condition. Criminals could be testing the store owner’s response time.

And, be sure to pull all or as much merchandise as possible at the close of the business day. Many retail jewelers have adapted tray and rack systems. To expedite evening jewelry pulls, trays of jewelry are loaded on to large racks with wheels, then rolled directly into vaults or easily transferred to safes.

In looking ahead, Jason also advises retailers to be mindful of the recent increases of smash-and-grab robberies. “By providing jewelers with information on jewelry crimes and the locations where they are occurring, jewelers become more aware of their surroundings and recognize when they are being cased which can prevent them from becoming a victim,” says Jason.

Other developing jewelry store security risks include transient criminals flashing large amounts of cash. “This entices the sales associates to show multiple high-end merchandise items during the sales process which open the sales associate to a number of distraction thefts,” says Jason.

Another common tactic is for the criminal to select several items of jewelry they claim to be giving as gifts and ask the sales associate to box them up individually. “As the sales associate is ‘ringing up’ the sale, they ask to see the merchandise one more time. When looking at the merchandise, they remove them from the boxes and set the empty boxes back on the counter and make an excuse to go to their vehicle for their ID or more cash, or a credit card to complete the sale and never return.”