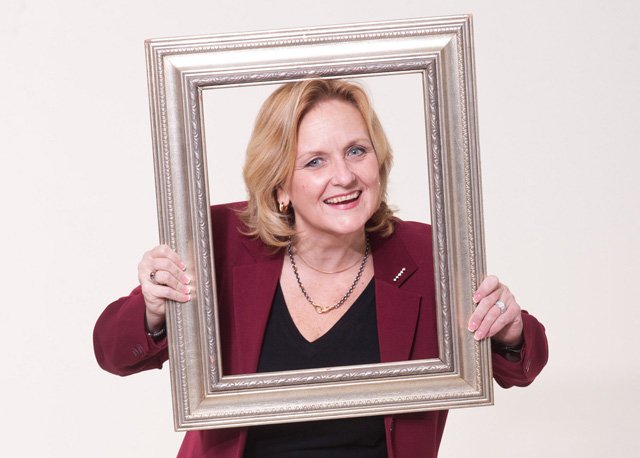 Kate Peterson, president and CEO of Performance Concepts.Jewelry store owners have to stay current on a lot of information for a wide range of sound business practices reasons, from the latest gemological chicanery to breaking technology for digital marketing. Be sure to add state employment regulations to the mix, if you haven’t already.

That’s what Kate Peterson, president and CEO of Maryland-based Performance Concepts, is cautioning jewelry store owners to do regarding new hiring laws currently in effect in more than 150 cities and counties and 29 states nationwide. These laws prohibit employers from asking potential job candidates about their criminal histories and in many cases, about salary history as well. As the head of one of the gem and jewelry industry’s leading human resources consulting firms, Kate has been spreading the word at trade fair seminars about these new laws that started last year.

During a seminar at the July 2018 Retail Jewelers Organization (RJO) Show in Minneapolis, Kate told attendees that although many states, cities and municipalities across the country now prohibit asking such questions on a job application, the issue took center stage in 2017 when California’s then proposed “ban the box” legislation was garnering national headlines.

“Since California signed these hiring practices into law starting in January 2018, several states, cities and even municipalities have adopted similar laws,” says Kate. “I would caution all of you as business owners to make sure you’re aware of how and when these new standards may come into play in your area.”

Serving jewelers for more than two decades as a human resources consultant, Kate views most jewelry store owners as ethical business operators. Similar to small business owners of all sizes, there are a huge number of state and federal laws and guidelines jewelers must be mindful of in operating their businesses both ethically and lawfully.

“Sometimes jewelry store owners simply think a business of their size won’t be affected by changes in hiring laws, or any new regulation or guideline for that matter,” says Kate. “But it only takes one complaint to a government agency. Then you’re on their radar, and it’s hard to get off.”

Kate suggests business owners simply look up their state’s employment regulations online. Using a preferred search engine (be it Google, Yahoo! or Bing), search for your state’s employment regulations, and download the applicable documents. Most states are also served by large companies who provide employment law “manuals” designed for small businesses that are available for a reasonable cost, and that come with an option to sign up for automatic e-mail updates.

“Though they can happen at any time, changes to employment laws typically happen near the end of the calendar year, and go into effect some time in the new year,” says Kate. “Once a business owner has determined if these new laws apply to them, then they can continue to operate as they have in the past and wait for ’activation’ notices to arrive by e-mail.”

Wait-and-see is one approach. Kate, however, has earned a reputation for her ounce of prevention over a pound of cure style of business management. “For my clients, I’ve simply removed these question boxes from the job application form,” says Kate. “Whether these hiring laws apply to you and your business or not, most of the country is moving in this direction.”

In 2013, California prohibited the state’s government employers from asking applicants if they’ve been convicted of a crime. Six years later Governor Brown made it a state-wide law to include private sector companies. As many human resource and labor law experts agree, a job candidate in many instances is rejected immediately for checking the criminal conviction box, thus making it difficult for this group of people to find a job.

“The basics of this law, be it California or other states, is to avoid recidivism,” says Kate. “If someone convicted of a crime, that has served their time and paid their debt to society, can’t find a regular paying job, chances are they’ll return to committing crimes.”

“Ban the box” laws may prohibit employers from asking if they’ve been convicted of a crime on a job application. But such laws have not taken away the employer’s right to conduct lawful background checks.

Of the two labor laws in question, Kate views a job candidate’s salary history more challenging to comply with given such questions can’t be asked directly on an employment application (paper or online) or during the course of any verbal discussions with an applicant.

California’s AB 168 law is meant to help eliminate pay gaps, particularly in regards to gender wage discrimination. The logic is that if the applicant’s pay at their previous job was based on discriminatory practices, then using that salary as a benchmark will perpetuate the inequity.

Based on the new California law, employers can no longer rely on the salary history information of an applicant as a factor in determining whether to offer employment to an applicant or what salary to offer job seekers. And, California’s law requires employers to provide applicants with a pay scale for the relevant position upon request. In short, employers must pay  based on the market value of the position they’re hiring for and the candidate’s qualification and experience, not  based on  that candidate’s  income at his or her previous job.

The salary question is one employers typically dislike asking and job candidates loathe answering – directly anyway. Obfuscations and missed salary targets aside, to rescue are websites such as Payscale.com, Salary.com and, of course, Linkedin.com/salary that can help determine what an applicant’s skills are worth and recommendations for what an employer should pay. In short, references to “salary history” are out. Knowing – and paying – “market value” is in.