As Hauser’s Jewelers in Newport News, Va., celebrates 120 years in the jewelry business, it holds a colorful family history close to heart.

Alfred Hauser, Sr., who founded Hauser’s in 1898 – a year his artistic great-great granddaughter would one day find appropriately inspirational – was born in 1849 in Besancon, France. The city happened to be the birthplace of a contemporary whom Alfred admired greatly, novelist and activist Victor Hugo.

After a harrowing escape during the Siege of Paris in 1871, Alfred fled to Switzerland and apprenticed in watchmaking. Seven years later, he struck out for the United States and found employment at Tiffany & Co. He later traveled to Virginia’s Shenandoah Valley, where he met and married Belle Page. The couple moved from the small city of Staunton to coastal Newport News, and Alfred opened a watch store on 26th Street.

“The store has been in many locations but always has remained in Hampton and Newport News, an area known as The Peninsula,” says Joanne Gordon, who with 21 years of service is one of several longtime and loyal employees of Hauser’s. 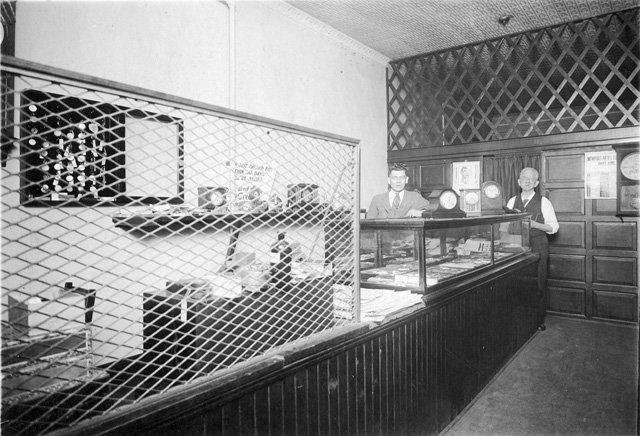 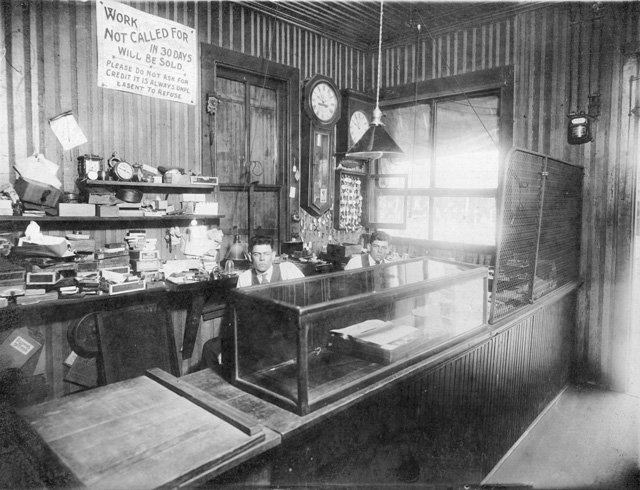 The first location of Hauser’s was on 26th Street in Newport News, VA.

A year after they wed, Alfred and Belle welcomed twins, Jake and Page, who started working at the family store in 1915 when they were just 16.

At the time, Hauser’s inspected pocket watches for C&O Railroad. There was a great need for precise time to prevent train collisions, notes Amy Hart, who currently runs the store with her husband, Brad, as the family’s fifth generation. “They had to regulate timepieces, and at the store’s location downtown with trains and industry, it was essential to have the timepieces be accurate. The time displayed on the wall would be wired in from Western Union. People now have mechanical timepieces for their beauty, but at one time in our history, necessity was the thing.” 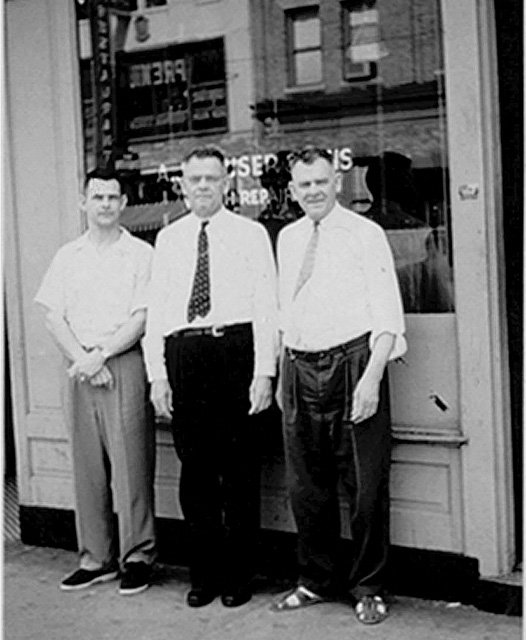 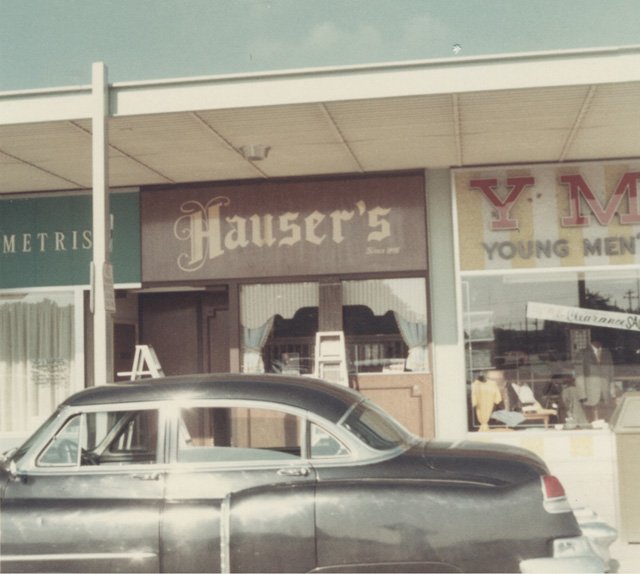 Al Hauser’s store in the Hidenwood section of Newport News

Enter Al’s son Lee, who joined the business in 1975 and worked side-by-side with his wife, Vicki. Two years later, the couple purchased Findley’s Jewelers in Hampton. When Al closed his shop and retired in 1986, Lee renamed his store Hauser’s Jewelers and moved the store to a shopping center the following year. In 1997, the store expanded to make room for designer jewelry lines and a larger workshop. After almost 30 years in Hampton, Hauser’s moved back to Newport News. 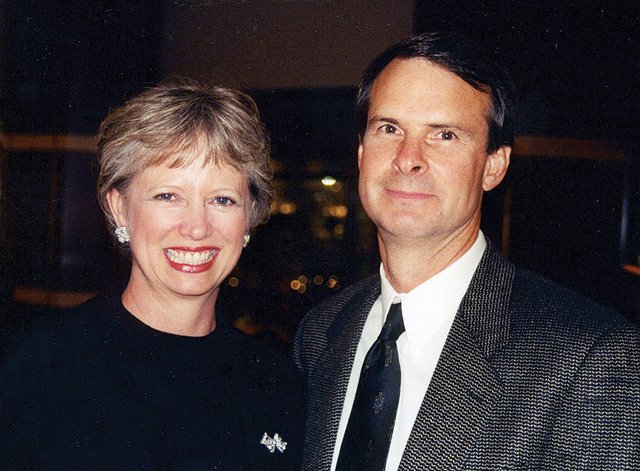 4th generation owners Lee & Vicki Hauser worked together at the store for decades before selling to their daughter Amy and her husband Brad.

Amy – Lee’s daughter and the founding Alfred’s great-great granddaughter – and her husband, Brad, purchased the business at the end of 2013 as Lee and Vicki retired to travel and enjoy time with their grandchildren. Amy studied at East Carolina University and also graduated from the Minneapolis College of Art and Design with a master’s degree in fine arts. “She does Hauser’s displays and is the visionary of the store and its beautiful storefront,” Joanne says. 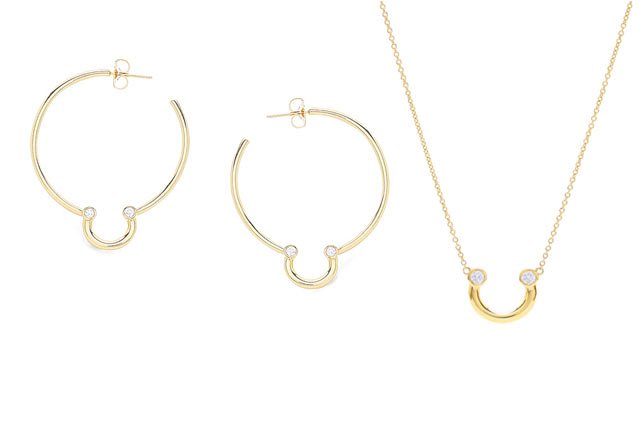 The store, in the destination shopping area of City Center in Oyster Point, offers a nice selection of designer jewelry, distinguished Nomos mechanical watches, bridal lines, baby gifts and graduation gifts. Amy herself has designed a popular line called “Hauser’s Be Happy,” which debuted last year in 18-karat gold and diamonds, along with an engagement ring called the Hauser’s 120. “It has eight sides, referring back to 1898, when we were founded – and it’s an infinity-type number, never ending. It’s classic and simple. Sometimes, the simpler the better!”

Brad met Amy when he started working at Hauser’s in 1998. Brad graduated from Hobart College, and has always worked in the jewelry business. He’s currently sorting through boxes of historic watches Amy’s father gave him and will be giving a talk on mechanical watches in December. 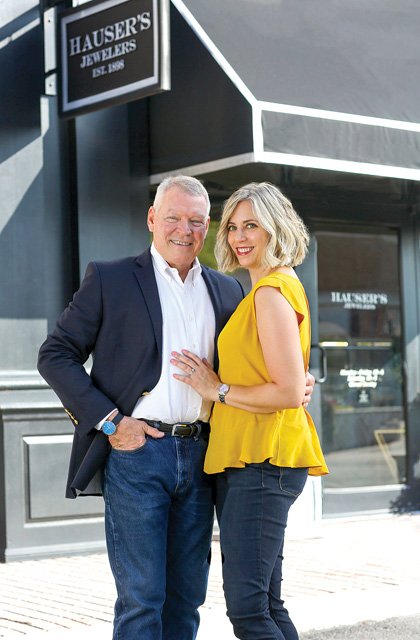 Brad & Amy Hart, 5th generation owners of Hauser’s Jewelers.Amy and Brad have two children, Ashton, 11, and Cecelia, 8. “They come into the store frequently,” Joanne says, adding that one day when she walked into the store, Cecelia informed her that she was working that day and was greeting folks with “Welcome to Hauser’s Jewelers; how may I help you?”

Hauser’s many generations have “brought their own different thing” and left their unique mark on the store, Amy says.

“I want to make my father and grandfather proud,” she adds. “And I want to grow the business. It feels authentic to me, what I can bring to the business, and I want to take it forward – and make them proud.

“My grandfather is 92, and when we have our 120th celebrations, he will be here. He loves the store’s history, and he will enjoy seeing what I am doing with it. Just because we’ve been around doesn’t make it guaranteed. We have a nice foundation, but it’s my challenge to keep it fresh – and that’s exciting.”