For Simply Diamonds & M.A. Reich acquisition, it’s ‘all about the team’

“Acquisition” is not a word that typically evokes warm feelings, even in the jewelry industry. But when relationships go way back, as they have for Simply Diamonds and M.A. Reich, it’s about more than business.

Diamond jewelry manufacturer Simply Diamonds, a division of Jay Gems in New York, recently purchased M.A. Reich  & Co.’s wholesale and manufacturing division. M.A. Reich, founded in 1919, is one of the oldest manufacturers of colored stones and men’s fine jewelry. The company’s President Vinnie Davis and Vice President Bill Reich remain with the company, working out of a four-person satellite office in Buffalo, N.Y., which will focus on marketing aspects.

“M.A. Reich has been a customer of ours as well as really, really close friends for over 20 years, and that’s really what drove the acquisition,” says Roopam Jain, CEO of Simply Diamonds. “I’ve known Bill and Vinnie for over 20 years, and I think the world of them. They actually gave me my start in the independent jewelry world by introducing me to their sales team in 2001. I carried a product that was very different than theirs and we worked very closely together over time.

“When I first started out in the industry, I sold diamonds to Bill’s father, Louis Reich, and one day he introduced me to Bill and said, ‘Going forward, I want you to work with my son.’ Billy and I have been very close personal friends over the years. He’s been a strong voice in my business career.

“Things went very well for our companies because we focused on two distinct markets, the majors and the independents. The acquisition was a very natural thing for us because we still continue to share the same sales force. Their product line is complementary to what we have, and what we don’t have. Men’s rings, gemstone products, silver – it’s a niche that they brought to the table.”

Simply Diamonds toyed with the idea of the acquisition over the past two years, and the timing was right for both parties, Roopam says. “We’re in a pretty massive expansion phase right now, product-wise and penetration-wise. Bill and Vinnie wanted to continue in the business, and you can’t find two better people in the industry to work on your team. They really understand the independent fine jeweler.”

Bill and Vinnie agree that the acquisition is a win-win.

“I think the acquisition is great,” Bill says. “I’ve watched Roopam change from being a salesman to being a one-man operation to growing a large company. When he offered to acquire us, I thought it’s a terrific opportunity. I think it will help M.A. Reich on the marketing side where we didn’t provide enough material. Independents especially need help differentiating themselves in the marketplace, making themselves look professional.” 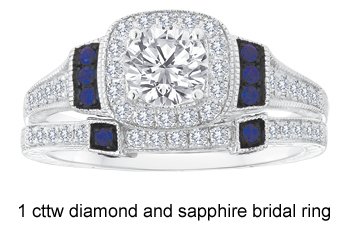 “What’s exciting for us is that we have a very large player in the marketplace to go along with our longevity and expertise,” Vinnie adds. “In our estimation, it’s a perfect merger because we bring a fine reputation, started by our grandfather M.A. Reich. We’re the third generation; the business is 95 years old this year, and we’re known throughout the industry for making quality pieces at a very affordable price.

“We’ve always stressed service for the customer,” he says. “We’ve done our utmost to always make the purchase of jewelry as easy and comfortable as possible for the retail jeweler. With Simply Diamonds’ technology, we’ll have a lot more material to offer the small mom and pop store.

“A big part of the success of the acquisition is that we felt so comfortable allying ourselves with Roopam and Siraj (Roopam’s partner), who have always been very up front, honorable and worthy in our eyes. That was a big part of our comfort level when we decided to be acquired. It was an easy decision, but at the same time a difficult decision.”

One other privilege Simply Diamonds is bringing to the table, Bill says, is getting into the Plumb Club in Las Vegas. “We’ve gained visibility that we weren’t able to acquire before. Between the sales force, all the shows and the Plumb Club, this increases our visibility 150 percent.”

Simply Diamonds is known for its extensive in-stock program, along with the successful Steal Her Heart and Heartbeat Diamond collections. “We’re launching a specialty cut diamond called Forever Bright 97 at the Las Vegas show,” Roopam adds. “Our philosophy is narrow and deep; we’re not offering too much breadth, but we offer the right thing – and we’re able to replenish it literally overnight.”

Simply Diamonds was formed in 1999, focusing on basic jewelry such as diamond stud earrings and solitaires. “That’s the only thing that I was able to focus on then with limited capital,” Roopam says. “I started very, very small in a 100-square-foot office on 48th Street and 5th Avenue. I had a few major customers. I did that for three years, then I really saw some success when I was able to bring market intelligence from what the majors were doing to the independents. The independents found that very valuable. To this day, that’s a strong theme that works, bringing the latest trends to independent jewelers.”

After steady growth, Simply Diamonds became part of Jay Gems in 2007. The company, which currently has 3,000 square feet, is moving in August to a 7,500-square-foot facility at 44th Street and 5th Avenue. “With the growing business, we’re growing on the independent side and the dot com side,” Roopam says. The company has 10 salespeople on the road with plans to add four more, a staff of 19 people in New York, and 200 people at its factory in India. 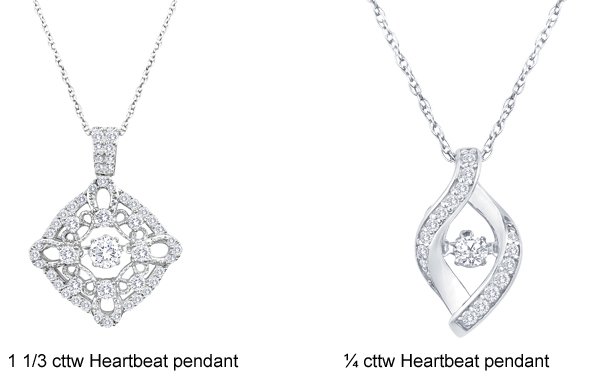 Roopam says Simply Diamonds’ success is “really all about our team. We have one of the finest teams in the business. We do a lot of business with less people. It’s a relationship business, very much like our M.A. Reich acquisition. My partner, Siraj Shah, and I have known each other for 20 years. Our customers see value in what we’re doing, and that’s important. Fortunately, our relationships have been the key to doing the right thing.

“Steve Summerlin was my first employee, my first salesperson; he’s been with me since day one. He’s been one of those pillars you can count on to give you the right advice to grow the company; he’s a key component of Simply Diamonds. Steve introduced me to Oz Hefner (who initially designed the Steal Her Heart Collection) in Hickory, N.C. It was a gentle introduction that turned into a huge business success for us. We have a multi-million dollar enterprise just in this brand, and it was because of Steve that the whole thing happened. It’s been a huge success for us.” 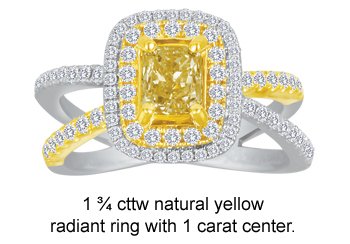 Another key person is Guy Long, the company’s national sales manager. “He has been with me since 2006 and he’s had a big part in growing the business,” Roopam says. “He was a buyer at Zales for many years, and he brought a lot of perspective. He has evolved from being a business associate to friend and now he’s family. He’s developed a customer-centric culture in our organization.”

The Simply Diamonds-M.A. Reich acquisition means good things for retailers, Roopam says. “The resources we bring to the table are very deep, so we’re able to stock a lot of merchandise and replenish quickly, and that’s something retailers are looking for today. Basically our response time is phenomenal. The biggest hit for us last year was the Heartbeat Diamond, and we got ahead of others with that because we had it in stock. It’s the same thing with M.A. Reich. We narrowed their assortment, picked the best sellers they have, and we’re incorporating them into our in-stock program.”