From general store to jewelry store, Buchroeders adapting & succeeding since 1896

Buchroeders has a 120-year history. For owner Mills Menser’s mainly young bridal jewelry buyers that doesn’t matter. In appealing to today’s bridal customers it’s “all about them.” And Mills has made a number of changes to his family business to create a modern shopping experience with competitive pricing. 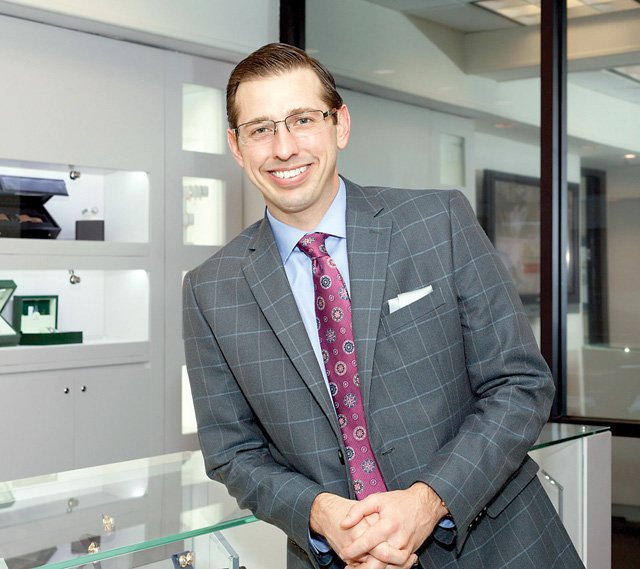 After a flawless transition of power from his father’s store to his, Mills has not only transformed his family’s Columbia, Missouri-based jewelry store, but also the way consumers and retail jewelers across the country can leverage their fine jewelry with loan options from the Diamond Banc, which opened in 2008. But as Mills is quick to admit, his story wouldn’t have happened without the opportunity presented to him by his father, and the generations that came before him. 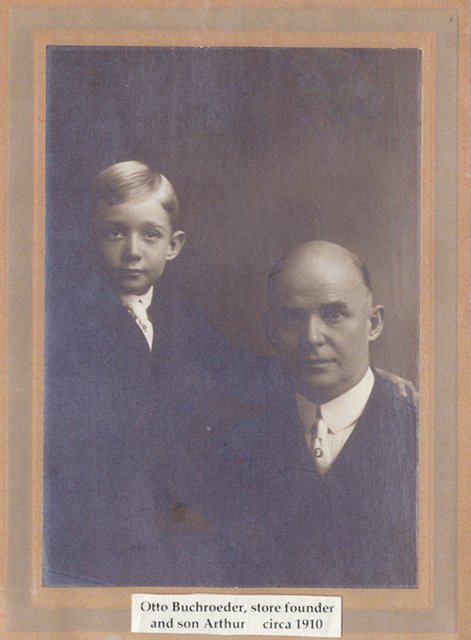 Fast forward several decades to Michael Menser’s (Mills’ dad) ownership of the business in 1971 – that’s when things really started to change. Mike converted the store from a jewelry manufacturer and retailer to a guild branded store, carrying all categories from giftware and a bridal registry to gemstones and bridal jewelry. As far back as he can recall, Mills remembers being enthralled with the family business and wanting to learn everything that he could from his father. “At 12 I started cleaning jewelry for customers and by the time I was 18 I was the top performing sales associate.” 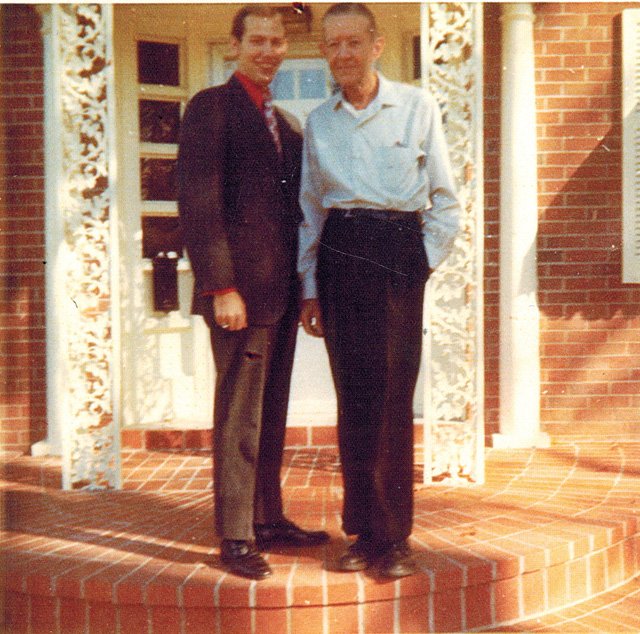 While many Baby Boomer jewelry storeowners are quite laissez-faire about bringing their children into the family business, Mills and his father had a more committed and engaged approach.

“My father provided me with tremendous opportunities accompanied by tremendous expectations from a very young age,” says Mills, who purchased the family business at 24 in 2008. “We were both blessed in our lives to develop the ideal situation and structure for me to purchase the company. Result based decisions, clear expectations, good communication and both parties doing as agreed led to the smooth transition.”

Upon taking the helm at Buchroeders, Mills made sweeping changes of his own. These days Mills describes his family’s jewelry store as a “bridal focused powerhouse” with a massive GIA-certified inventory of diamonds, prototypes, custom jewelry creation options and numerous creative financing choices to afford them. 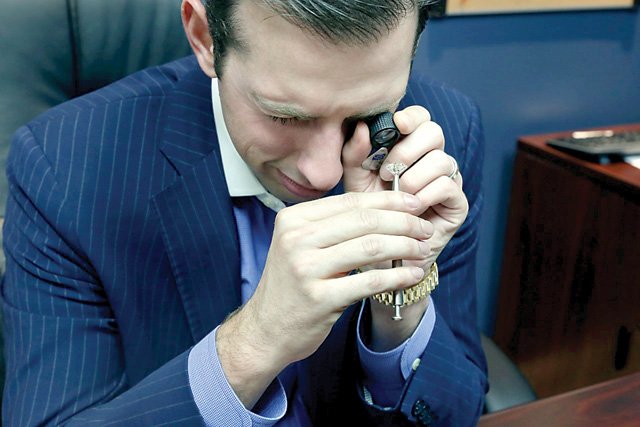 Other drastic changes to his father’s business model meant greatly reducing the number of staff while dramatically increasing sales volume. Mills also closed out many non-performing categories such as giftware and color, and then used those resources to double down on bridal. Most importantly, Mills broke tradition by not being all things to all customers.

“ROI [Return On Investment] reports indicate that subscribing to ‘have to carry this or that’ in most cases is not profitable,” says Mills. “We started offering products and services that we could be the best at and be properly compensated for offering. No more selling sterling silver baby cups and engraving them.”

And, like many younger generations of jewelers, Mills added technology to the family business as part of his imprint with the development of Assurance, a proprietary extended warranty software that Mills developed that has become a “significant profit generator,” netting $150,000-plus in its first three years for Buchroeders. Menser is now offering the Assurance software, framework and support to other retailers to launch their own extended warranty division.

“The jewelry industry is rapidly changing. Fellow retailers who add Assurance will be tremendously thankful for the cash they build up by launching their own division,” says Mills.

Modernizing the family business and adapting to market changes was a business quality Mills and his father shared back in the day. Today, Mills carries on that family tradition. In the lead up to the jewelry store’s 120th anniversary, Mills contracted a major remodel in 2013.

“We went with a sleek, modern design,” says Mills. “I also changed the company logo during that milestone anniversary year.” 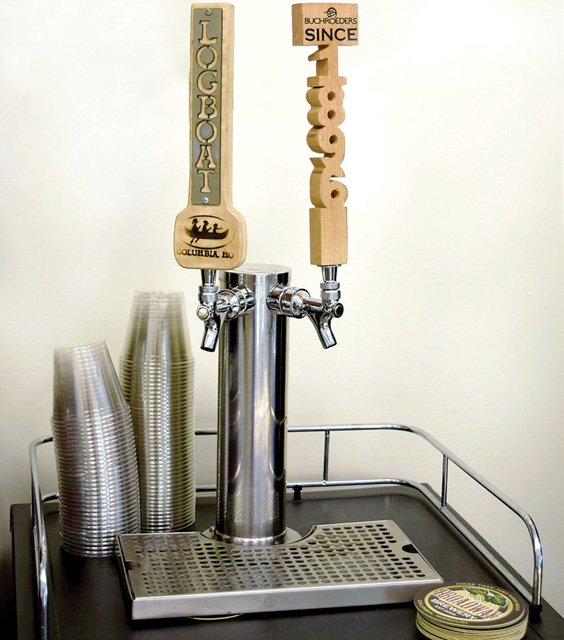 Major renovations and logo changes are customary when a business commemorates such a momentous occasion. Even with his tech-driven modernization, he employed good old-fashioned branding in 2018 when he partnered with a local micro-brewery to create his store’s own beer.

“It’s called Since 1896,” says Mills. “And, it shows customers that we’re involved in the community and approachable, but still a luxury buying experience. Plus, it’s only available in our store, which keeps them coming back in.”

Most incoming generations are fortunate enough to make their imprint on a family business. Mills has been fortunate enough to do that plus make a tremendous impact on the industry. In 2008 he created Diamond Banc (https://www.diamondbanc.com/); a company that provides jewelry equity loans to consumers and inventory equity loans to other jewelers. Good ideas have a similar start – out of necessity. Diamond Banc is no exception. 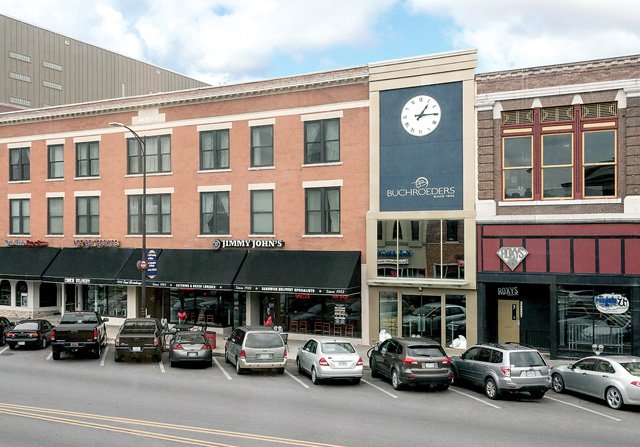 “An initial reason for the concept was to lower the cost of goods at Buchroeders, particularly for diamonds,” says Mills. “Diamond Banc started with $20,000 in a buying account and no other funding. As 2008 set in, the gold boom profits fueled the concept. DB began getting customer requests to borrow against fine pieces they could not bear to part with. I soon realized a modernized jewelry equity lending solution that operated with the intent for customers to redeem their assets was missing from the national landscape.”

Mills leveraged his tech prowess to get Diamond Banc started. To this day the business model is digitally native. But he still wanted physical stores to provide the experience and customer service associated with luxury brands. “I was very blessed to first open a partnership office with TIVOL in Kansas City in 2016,” says Mills, “This proved to be a very successful endeavor and I set out to open more locations.” A big leap in Diamond Banc’s development came in 2018, when Mills partnered with Diamond Cellar Holdings.

“They provide capital, scale expertise and contacts while my team runs the operation,” says Mills. 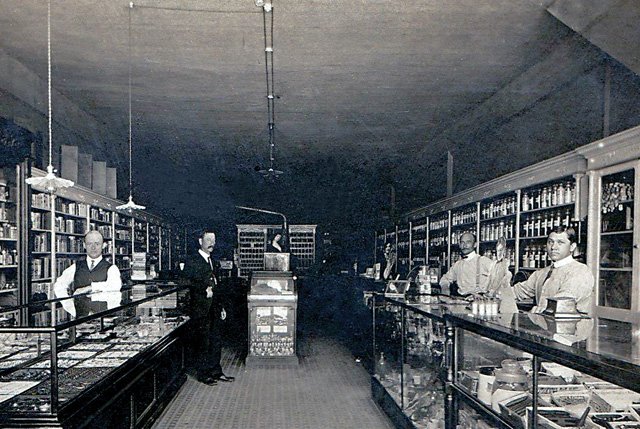 A century-plus is a lot of years to take in. When looking back on his own timeline in the family business, Mills is humbled and grateful for the one thing above all else his father gave him – opportunity, and of course some business essentials including accounting best practices, cash flow management, solid and sound marketing and being judicious and impartial with inventory.

Looking forward, Mills has three children that range from seven to not quite one year old. Whether they’ll join the family business – “Who knows,” says Mills. “A little too early to tell, but my oldest really enjoys sitting in my chair in my office.”