by Liz Pinson
Share on FacebookShare on Twitter
Fifty years ago, Qurino Ruzza, with 20 years as a jeweler under his belt in his hometown of Vicenza, Italy, asked his sister Elena Weber whether she would be interested in selling Italian gold in the United States.

Elena’s husband, Josef, was a Swiss-trained chef de cuisine and one of the first 200 professional ski instructors in the United States, having moved to the U.S. in 1956. He and Elena, who worked as a legal secretary while attending law school in Italy, were married three years later, and Elena made the move as well. Josef agreed they should give Qurino’s business proposal a try and J&E Weber Inc. was born in the basement of their home in West Chicago, Ill., in 1965.

The company had its ups and downs, “the biggest one being the fact that the main owner was a woman in a man’s world,” says the couple’s son Eric Weber, now company President. “Being a minority, her husband many times would have to go with her because men wouldn’t really work with her. Josef remembers times when jewelers would direct questions to him, and he would then ask her. Thank God this has changed somewhat in our industry.”

“The jewelry industry was completely male dominated,” Elena adds. “Buyers as well as reps were all male. Adding to this, gold jewelry was not very popular, let alone Italian jewelry. It was a very trying time in the ‘60s.” Platinum engagement rings were selling, along with primarily gold-filled jewelry.

As business grew in the ‘70s, Josef decided to quit his job as a chef. When he joined forces with Elena, Oro International was formed in 1979 with partners in Italy as well as one of the largest bullion dealers in Europe. Although Oro had the chance to sell to every company big or small, the company held to a conservative view on credit.

Eric speaks of his family members with great admiration. “My mother was one of the first women to start a jewelry import company, and she was one of the founding members for the Women’s Jewelry Association’s Midwest Chapter. She speaks five languages, and she loves golf. As CEO, she still comes in and keeps an eye on our consignment business, as well as a constant eye on the checkbook! 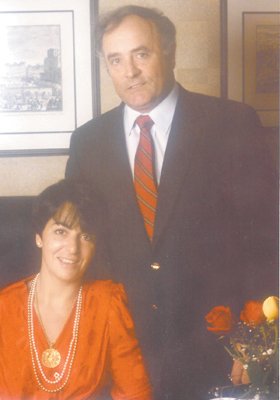 “Josef was an executive chef at many places including The Drake Hotel in Chicago, and for many years for the Jemseks, a golfing family that owns Cog Hill, Pine Meadow and St. Andrews, all in the Chicagoland area. He also was one of the first 200 PSIAs (Professional Ski Instructors of America). He taught at Lake Placid and many ski areas in the Midwest when he wasn’t cooking for the country clubs.”

Elena adds that the future of Oro looks promising with Eric recently taking the reins as President and “doing a fine job.” She’s excited as well about the third generation coming aboard. Josef and Elena’s granddaughter Morgan is now part of the family business. She’s the daughter of Eric’s late brother Jojo, and is Eric’s goddaughter.

“Jojo was an accomplished skier who competed in World Cup races for three years and then broke his elbow in the 1979 pre-Olympic races in Lake Placid,” Eric says. “He then came to work for the family in 1981 and helped make Oro a much bigger company. Many of his ideas are still in place today. He felt he wanted more and left in 2004. Unfortunately, he passed away in 2012. It was a very sad day in our family.”

Eric says being a great wholesaler provides retailers with these assurances:

• We have an amazing fulfillment rate on the products they order.

• We provide the practical information on how to make their store more inviting to customers in their communities.

• Our Customer Service Staff uses their 23 average years of experience to find the products they want and answer their questions without delay.

• Consumers who show interest in our products are forwarded to our loyal retail partners.

“The greatest strength of Oro International is the relationship with its customers, some of whom go back to the ‘60s, as well as the personal touch and continuously updating styles,” says Elena. “We have always maintained that service and quality are the mainstays of a successful business. As for style changes, it seems that old, proven designs are periodically coming back.”

Eric agrees: “The greatest strength has been the people who have worked and are currently working for our family – along with creative styling and a good understanding of our customers’ needs.

“Our services have not changed much, other then adapting to technology. We have always offered above and beyond for our clients, whether it be dating, memos, or 1-1 stock balancing. We have only one location, but having an extended Italian family is like having a factory right here!” 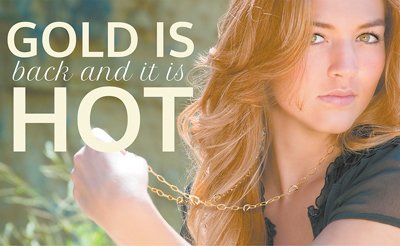 Oro has a bright future in a not-so-easy market, with the third generation coming in with the same passion as the first and second, Eric says. “We’re teaming up with companies like Jeweler Hub, a growing social media company geared toward helping the independent jeweler have access to professional photography and marketing concepts for the new age of media. Also, we have new designers like Bridget Christian Designs (who happens to be my ex-wife) and her new Tough Girl collection, which was very well received at the recent JCK Las Vegas show.”

Eric says Oro is also excited about its focus on Italian gold – “because gold is on its way back. I have loved gold jewelry since I was a kid walking into my parents’ safe,” he says.

“I am very proud to be able to keep our family business in business. I have most of my friends because of this industry, and I feel very lucky for that.”