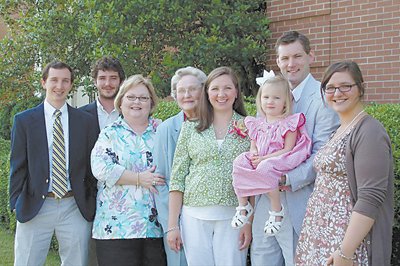 There’s no denying family owned businesses are central to the U.S. economy, with some sources citing as high as 85% of U.S. businesses as family owned. Aside from the obvious advantages of employee investment (when the family name is on the line everyone cares a little more), business flexibility and control of the future, family owned businesses provide second and third generations with a tangible link to their heritage.

Gold Creations, a mere 350 square foot store located in the heart of the Charleston City Market, is a living legacy of family heritage. The business was started by Vicki and Glenn Wolfe, high school sweethearts, who, after graduation, headed west in their VW Beetle to see the country. On their trip, Vicki and Glenn spent their days seeing sights and collecting the oddities that appealed to them, and their nights camping in parks before returning home to Augusta, GA.

The unique handmade silver pieces they found along the way were particularly appealing to the couple. They fell in love with all the Native American (Navajo, Hopi and Zuni) jewelry collections they saw. Elizabeth Wolfe Hudson, Vicki and Glenn’s third child, believes this was the tipping point for her dad.

“Mom and Dad knew they wanted their own business, and when they came across those beautiful handmade collections with American sourced stones that were crafted by the locals, it proved to be the catalyst for their future business,” states Elizabeth.

Bringing back as many handmade pieces as they could, the young couple needed an inexpensive way to sell their wares. With Charleston, S.C. just a few hours away, they decided to rent a table at the Charleston Market, the nation’s oldest public market. Bringing back unique pieces that were new to the East Coast spelled success. Securing the best location meant arriving early, often before 7a.m., requiring a very early departure from Augusta.

Every weekend they’d leave Augusta long before the sun rose to establish their business that they named Navajo Sunset in 1973. But the packing and unpacking, the loading and unloading of product was cumbersome and time consuming, not to mention limiting in terms of inventory.

“My Dad was a true entrepreneur who knew if they were going to be successful they would need a permanent store front,” said Elizabeth. “That’s when he did the craziest thing ever – he asked to rent a closet!”

When Charleston Market management asked him why, he simply explained, “I want to turn it into a jewelry store.” Within three weeks construction started to reinvent a storage closet into a retail store.

With not even 300 square feet to prepare, Glenn and Vicki did much of the work themselves. Their business thrived in the tiny location and several years later Glenn came across a casting company that was going out of business. Even though he didn’t know how to metal cast at the time, Glenn, the entrepreneur, knew gold was booming and he needed to expand. In order to learn the skills he now needed, Glenn went off to Stewart’s International School for Jewelers in Jupiter, FL.

With his new skills, Glenn began creating his own handmade pieces, adapting his line over the years. What had started as Native American themed inventory had moved toward Italian design before finding their niche with local custom pieces. Glenn handcrafted his own molds of gold carriages symbolic of the horse-drawn carriages that are plentiful in downtown Charleston. He also came up with a line of jewelry centered on the Palmetto tree, South Carolina’s state tree. There’s even a Sweetgrass Collection, inspired by the sweetgrass baskets that are an emblem to long ago plantation days. Wolfe’s handmade pieces remain a best seller for the store.

All of this kept the public flocking to the tiny little store. Both locals and tourists were drawn to the store’s unique pieces that included a blend of both the past and the present.

Today the little store has grown by a whopping 50 feet, to a little over 300 square feet, and is celebrating its 40th anniversary in business. With more than 1,000 14K gold and sterling silver pieces, Gold Creations’ Charleston themed collections are well-known by locals and visitors, carrying true Charlestonian clout, in spite of Glenn Wolfe’s passing in 2010.

“We still have dad’s original molds and they’re so special to me and the rest of my family,” explains Elizabeth. “He was a certified Jeweler Craftsman and created classic, yet unique pieces that are still well known today. His handmade monogram collection is a must have around the city and we are proud to use his original molds to continue the line.”

All four of Glenn and Vicki’s children work in the family business today, taking on various roles from bookkeeping to store management to marketing; everyone plays some type of role.

And the store that started in a closet is now a Charleston Market icon, known not only for its eclectic inventory, but also for its rich heritage that lives on today.