Hale’s Jewelers looks back on 160 years of business 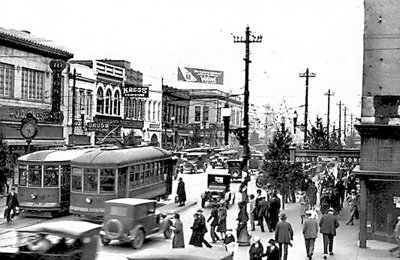 entrepreneur: a person who starts a business and is willing to risk loss in order to make money (Merriam-Webster)

It all starts there – with one person ‘willing to risk loss in order to make money.’ Sounds a little like gambling to me, but then starting a business isn’t for the faint of heart.

Small business has been the mainstay of the American economy since colonial times. Even Thomas Jefferson, according to Professor Robert Wright of Augustana University in South Dakota, was “constantly talking about the yeoman farmers and how they were the backbone of the economy.” Today the importance of small business is the only topic every presidential candidate agrees on.

Nowhere is there a more definitive example of the positive, local impact of small business than in Greenville, South Carolina, home to Hale’s Jewelers for the last 160 years. Boasting that they were around before ‘electricity, indoor plumbing and the Civil War,’ this thriving retail jewelry business opened its doors when Franklin Pierce was president and the city of Greenville was only 25 years old.

James Hunter Randolph is credited with starting the small watch and jewelry shop on Main Street in 1856. In true entrepreneurial spirit he didn’t hesitate to adapt his business strategy during the Civil War by focusing on hair jewelry as memorial pieces for soldiers going off to war to keep the store alive during that tough economic downfall. Soon after, he hired his first employee, a Civil War veteran and watchmaker from Philadelphia, and they ran the store until Randolph’s grandson, William Randolph Hale, took over in 1887.

That’s when the name officially became Hale’s Jewelers. From there it passed down from father to son until 1923, when the Hale family sold the business to Hewlett Sullivan, Sr. Hewlett, a life-long ‘Greenvillian,’ owned the store for more than 50 years. His love for the store was only equal to his love for his community as he sat on numerous boards, received an honorary Doctorate of Law degree from the Baptist College at Charleston, and was a founding member of the Greenville Better Business Bureau.

Under Sullivan’s guidance the store became one of the first American retailers to import European watches, in the 1940s, from a then little-known company called Rolex. His sons took over in 1962 and ran the store for 40 years until they sold out to their trusted employee and fellow ‘Greenvillian,’ Lucian Lee.

“After graduating Clemson with a degree in Economics, Lucian returned to his hometown jeweler to buy his then girlfriend a ring,” explains Ashley Brown, marketing manager for the store. “He left the store with a ring and a job at Hale’s to help pay for it.”

Lucian would work for the Sullivan family for 28 years before buying the store in 2001. He credits them with stressing integrity in business and the necessity of building trust with your customers. It’s not a quick task to complete, but when you’ve been around 160 years, you’re in no rush.

Lucian carries those same priorities throughout every aspect of his business. As he puts it, “The jewelry business is a people business,” and whether you’re a customer or an employee, you’re all family to Lee.

“Lucian means what he says about work-life balance,” explains Brown, “He wants his employees to be present with their families outside of work and, like the Sullivan’s and Hale’s before him, he believes in giving back to the community. It truly is Hale’s doctrine. We believe it’s our responsibility to give back to a city that has given so much to us.”

As with any 160 year old company the challenge to stay new, relevant and modern is a never ending battle. Reaching the Millennials requires more than longevity, but Hale’s has masterfully adapted over the years, weathering poor economic climates, the introduction of digital sales platforms and two world wars. It’s safe to say no one acclimates better than Hale’s.

Today, the once small wooden structure on the main street of town has given way to a new location with a modern, 5,000 square foot space complete with a Tag Heuer and Forevermark boutique. A remodeled diamond room allows customers to shop in a private and professional space, and they’re going after that Millennial generation. Every other month Hale’s Jewelers recognizes a young professional leader through the Hale’s Jewelers Leader of the Month Award presented in conjunction with the Chamber of Commerce.