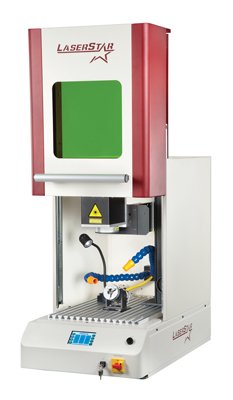 “LaserStar wanted to expand our production facilities due to maximizing the capacity of the Rhode Island facility,” says President and COO James Gervais. “Orlando is the hub of the laser photonics industry in the U.S.A.”

While retaining its function as a laser education center, Gervais says the new location is a complete manufacturing facility for the FiberStar Laser Marking system production line and the iWeld Laser Welding production line – a revolutionary, quick and accurate laser solution suited to jewelry because it doesn’t damage metal surfaces or heat-sensitive stones. Along with its attractive price and compact, stylish design, the laser welder is an invaluable tool for jewelers who do custom manufacturing and repair work.

Annualized output for the lines, Gervais says, will be more than 400 laser systems per year. The facility also houses a “complete applications laboratory” and “complete product showroom” for the portfolio of LaserStar’s products. It has a fully staffed service department, sales administration department, and engineering and design department.

Who’s buying these products? “Anyone who has PAIN, the need to improve their manufacturing practices to maintain a competitive edge,” Gervais says.

Evolution of a Laser Leader

LaserStar, originally known as Crafford Tool & Die and then Crafford Precision Products, was founded in 1957. The company originally stamped gold, silver and brass components, along with manufacturing chain-making machines and linking machines for the jewelry industry.

Gervais and his father, Donald Gervais, acquired the business in 1988 and four years later introduced manual laser welding to the jewelry industry. LaserStar focused on educating jewelers on the advantages of laser welding. As the idea caught on, LaserStar looked for ways to improve quality and reduce costs, and in 1998 the company started making its laser machines in the United States, targeting marketing and style changes to the American jeweler.

Lasers had taken hold by the turn of the 21st century, when LaserStar reported explosive growth in terms of units sold. Laser marking and laser engraving machines had entered the mix, and the company started launching LaserStar Learning Centers, teaming experts with clients interested in learning how to maximize profits with the machines.

The company services many other industries besides jewelry, including industrial, aerospace, automotive and medical device – industries that fund research and development efforts that in the end benefit jewelers who don’t have to shoulder the cost. LaserStar was the first company to break the $30,000 price point for laser engraving machines with its FiberCube Laser Engraving System, which was introduced in 2010 for $29,000.

LaserStar, whose stated goal is to exceed customers’ expectations in quality, price, training and service, prides itself on listening to its clients’ suggestions and complaints, a sound business practice that paves the way for constant improvement. Its promise is this: “Our highly skilled engineering and sales staff are always available to review new laser marking and laser welding applications, share technical expertise and provide service and support for all LaserStar’s welding, marking and engraving products.”

The company’s products are continuing to evolve into the next generation. Next up, according to Gervais, are “compact, high power, air cooled laser systems for welding and cutting.” Jewelers, stay tuned.

For more information about LaserStar Technologies, call 401-438-1500 or visit the website at www.laserstar.net or www.laserstar.tv.