Jeweler Jimmy Green – A King among us 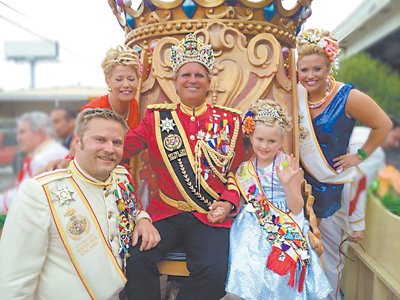 Jimmy Green is passionate – passionate about jewelry, passionate about his store and passionate about giving back. His love of jewelry started back in 1975 when he took his first jewelry job as an assistant manager of a jewelry store based in Tulsa, Oklahoma. Starting from nothing was hard. Making only $4.30 an hour wasn’t much to support a wife and child. But living on his meager income drove his dream of making it happen, being the best and giving back.

As a young and eager jeweler Jimmy learned every aspect of the business, from mining to cutting gems to apprenticing under a master jeweler for 20 years; he never stopped. Hard work was the only path he knew and it paid off in 2005 when he opened his own store J Green Jewelers in San Antonio, TX.

“I’m a little bit of a perfectionist,” explains Green. “I do things most people won’t even think about doing. I take pride in whatever I do and I make sure everything that leaves my store is 100% right. 90% isn’t good enough.”

True to his character, Jimmy and his wife took on the job of creating the layout and interior design of their store by hand. Acting as his own general contractor, Jimmy spent 17 months laying out the store, right down to the electrical outlets, something that would overwhelm most people, but Jimmy isn’t most people.

Wanting an authentic Italian feel to his store meant making every brick by hand. It meant hiring only the best to install Venetian plaster in the client conference rooms. It meant cutting antique copper metal for the panel inlays on the display cases by hand, and it meant commissioning Sir Walter deCremieux to paint “The Pearl Maidens” frescos-like ceiling art – the last piece he’d ever paint.

So impressive is the layout and design of his store that it was included in InStore’s Top Ten Coolest Stores in 2013 and was featured in the Wall Street Journal as one of the nation’s Top Jewelers in 2014. 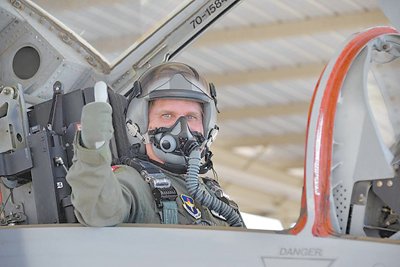 But there’s a whole lot more to this jeweler than simply being a successful, determoned, GIA certified jewelry store owner.

Jimmy’s passion for giving back is as large as his passion for jewelry. Citing a strong faith in God as his foundation, he has spent 30 years working with more than 200 different charitable organizations. He’s donated time and money when business was good, but perhaps more impressive is the fact that he refused to stop giving when money was tight.

“We had some rough times when the recession hit and my financial partner deceased. Not only did I lose a friend but it required a large sum payout during a time when money and customers were declining,” recalls Jimmy. “But even then I continued to donate, so much so that my family asked me to stop before we went bankrupt. But I knew it was the right thing to do.”

Having a huge heart for children’s educational programs was the foreshadowing of his future “fairy tale.”

Having grown up in San Antonio Jimmy knew all about Fiesta del Rey, a celebration of more than 2 million people, 100 non-profit organizations, parades, food and music. He’d long been an active member of the Rey Feo Consejo Educational Foundation (www.reyfeoconsejo.org) and was chosen as King Rey Feo LXVI for Fiesta 2013. With more than 5000 dignitaries, high ranking military personnel and local people watching, Jimmy proudly accepted the title of King of the Fiesta. But accepting the crown was just the beginning.

The Rey Feo title brings with it a year-long commitment of travel, speaking engagements and numerous visits to military bases, public schools and nursing homes. It required him to take a year off from his jewelry business and commit himself 100% to raising scholarship money for some of the most impoverished areas in South Texas.

And raise money he did. Raising well over $200,000 for the educational foundation was a huge success, not only for him personally but for the many children receiving the scholarship funds.

Jimmy posted some impressive numbers during his reign as Rey Feo:

“Being named Rey Feo in 2013 was one of my proudest moments. I have a passion for the kids and firmly believe that any great city is based on a highly educated workforce. I am the people’s king and believe this was a calling on my life. There’s nothing like a 6 year old who sees me and thinks I’m king and believes it when I tell them I will do everything I can for them.”

Jimmy’s message of “You can do it! You can go to college,” resonated with the young and the old alike. Telling his own story of overcoming dyslexia added to his credibility and touched many people as he worked his way around the largest regional school zone made up of 52 districts and 32 charter schools.

“I had an 8 year old girl come up to me after I spoke telling me her mother had said she’d never be able to make it to college, and I told her that just wasn’t true. I told her she could go to college and to believe it was possible. She immediately started to cry. That’s why I did what I did. That’s why I started at the lowest, most impoverished schools first, because I represented all the people, especially the underprivileged.”

For more information about Rey Feo or Jimmy Green visit his store website at jgreenjewelers.com.