It’s often said love makes people do extraordinary things. When Colorado-based jewelry designer John Atencio was studying Fine Art at Colorado State University in the 1970s he wanted to give a ring to the woman he was dating at the time. Instead of buying a ring, he decided to make her one. 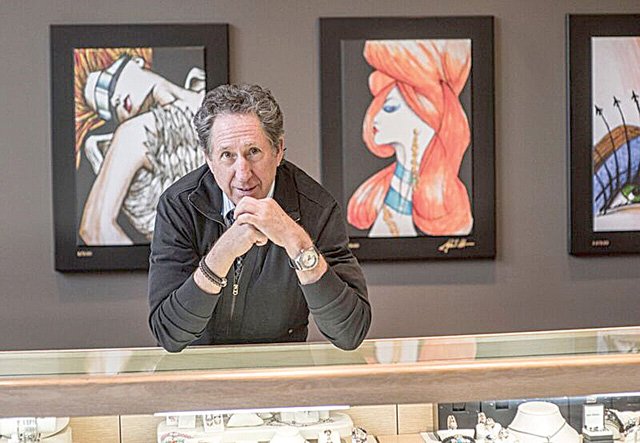 Jewelry designer John Atencio in the showroom of his Larimer Square Boutique in Denver.

Forty-three years later, John is one of the most recognized and accomplished jewelry designers in the gem and jewelry industry. And, he got the girl. It’s an incredible and heartwarming story. But many may not know John is an autodidact – a self educator. 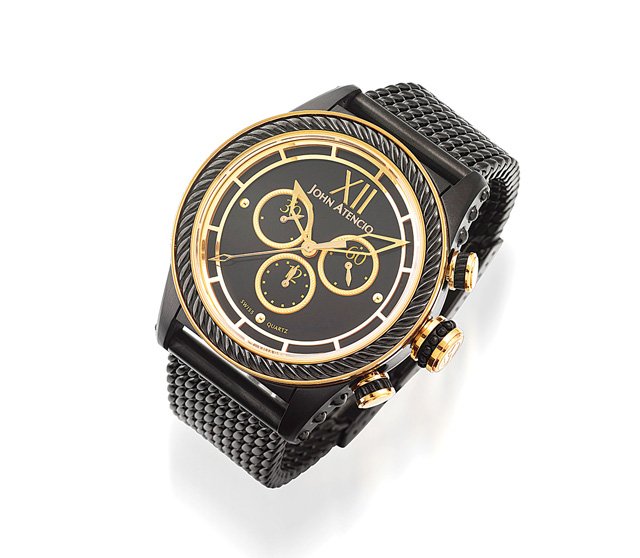 From Thomas Edison and the Wright Brothers to Vincent van Gogh and even Jimmy Hendrix, the world’s history of influential autodidacts have proven that self-teaching is possible. It’s not an easy or defined path. There has to be an innate drive and desire to pursue a passion by insatiably absorbing information and educational materials whenever and wherever possible. That’s where John’s story begins nearly 50 years ago.

“I always had an affinity for art. I majored in college at CSU in fine art, and during that time I took a jewelry making class at the Free University,” says John. “It’s been almost 50 years since I made my first few pieces of jewelry. With the first ring I made, I got the girl. I also got the passion to make jewelry and to learn from each design and piece moving forward. I am proud that I am 100 percent self-taught. I never had formal instruction and never worked as an apprentice.” 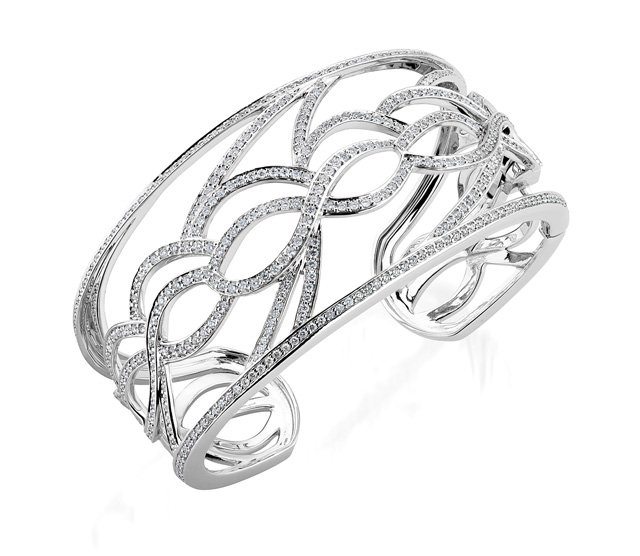 Diamonds, John Atencio’s favorite gemstone, received the royal treatment in this white gold Bellagio cuff design.Another defining trait John possesses is creating jewelry that is counter to popular designs. It’s no surprise that faithful followers of his jewelry creations are characterized as “searchers” or “adventurers” by the designer. When sitting down and designing, generally John doesn’t think about his own style, although he admits many recognize it and appreciate it. He’s simply a contrarian that’s seeking to create unique, quality designs set with fine gemstones.

A native Coloradan, John has lived in the Centennial State his entire life. Some see Southwestern design qualities in John’s work, but that’s not a conscious effort, according to the designer. An admirer of his native state’s Spanish roots, the only intentional connection John’s work has to Colorado are charities committed to helping locals, namely breast cancer awareness and animal shelters. Of course his definitive retail stores are also unique to Colorado.

Twenty years at the jeweler’s bench ingrained a commitment to quality and craftsmanship for John – constant pursuits that are evident with every piece of jewelry made. In the 1990s he decided to expand his reach in the industry by showing his jewelry in New York. He wanted his jewelry to “look different.” He created a motif that would become personally part of his jewelry inspirations. Triangle shapes became that defining symbol. 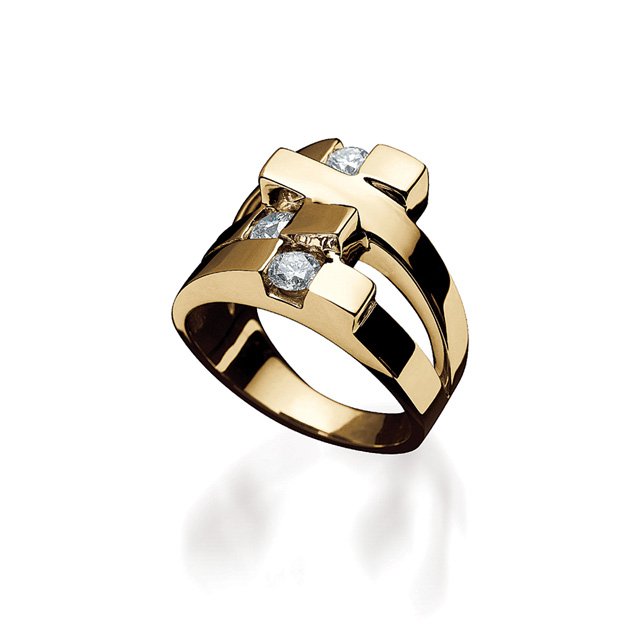 Clean and simple, the John Atencio way, as evidenced in this yellow gold Originate ring.“I used it and became very familiar and well-known for my use of the triangle gemstone,” says John. “I started putting the triangle in my designs when I started the Elements Collection. Deco, Solar and Arrivo are just the latest iterations of those early collections.”

The 1990s were a busy time for John. In addition to showing his jewelry in New York, he also travelled to Basel, Switzerland to explore the possibility of creating watch collections. At the time the effort became complicated for the designer, so John abandoned the pursuit. His passion for the ambitious goal was nearly lost at the time, but was renewed more than a decade later. In 2015 he met watch designer Freddie Boardman through a mutual friend in Las Vegas.

A year after the fortuitous meeting John launched his watch collection. Today the designer’s Pantheon Collection, named after the famed Roman temple, has a full collection of 17 watches. “The watch has very high-quality components from all over the world, including German, Austrian and Swiss,” says John. “Everything we did and everything we used was with the highest quality – including the most unique design. The movement is Swiss, and I chose Swiss quartz for accuracy and simplicity.”

Currently John’s Pantheon watches are available exclusively in his seven Colorado store locations and through his official website. The designer is currently exploring “different promotional programs and opportunities with the watch” and is also working on watch designs for women. 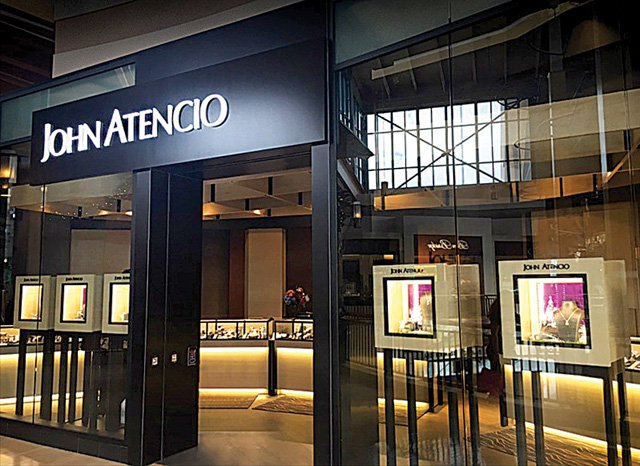 “I have struggled to produce a look and feel that is 100 percent John Atencio, and, at the same time, relevant to men’s jewelry,” says John. “I’m in the process of changing that right now. I feel that men’s jewelry is really starting to become more relevant now. Clearly the market is changing, and clearly John Atencio must be relevant and expressive in that category. I am re-launching new men’s designs with a new look called John Atencio Matrix in the JCK Vegas Show this summer.”

At this stage in his career, John would like to create the opportunity for his family and his employees to sustain and grow in an ever-changing and challenging marketplace. He’s also hoping for the stability and opportunity to continue to grow and challenge himself as an artist and business owner.

“Clearly I’m addicted to this industry, its challenges, and it’s unique personality,” says John. “I am grateful for all the wonderful relationships I’ve formed over the years. With the JCK Show quickly approaching, I am looking forward to establishing new relationships and partnerships with retailers through our wholesale channel. I would like to stay active and creative for as long as possible.”