When LaserStar Technologies’ James Gervais talks about his company’s modus operandi, he cuts concisely to the point: “We need to cannibalize our own products every 24 to 30 months. We’re constantly upgrading, improving, refining our design, coming out with new trade dresses – the body style or the ergonomic style of the machines.” 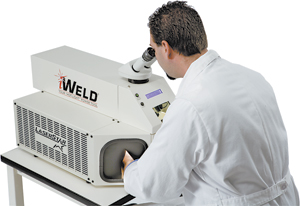 Indeed, the Providence, Rhode Island-based company is introducing a new manual laser welder, the next generation of the popular and affordable iWeld, at the JCK Las Vegas trade show in early June. The iWeld G3 machine will sell in the range of $14,000 to $19,000.

“When we introduced iWeld three years ago, the goal was to bring a laser into the marketplace that would be affordable for the majority of users,” Gervais says. “They ranged from $14,000 to $19,000, so we have opened up a whole new tier in terms of affordability.

“We sell these machines to pawn shops, retailers in strip malls, while-you-wait jewelry repair facilities, kiosks in shopping malls. We’re the only company offering laser welders that run on 110-volt line voltage so you can plug it into any standard wall outlet.” European products, he notes, run on 220, which is not practical for common commercial areas.”

The manual laser micro-welding system offers many advantages to traditional solder torch welding. It’s extremely quick, and with pinpoint accuracy the laser will not damage the metal surface or heat-sensitive stones. Jewelers can use lasers to fill in points of porosity, re-tip platinum and gold prong settings and resize rings and bracelets, among other applications.

“The iWeld line has really revolutionized jewelry welding not only because of its price, but because of its compact design,” Gervais says. “Now we’re making it even more ergonomically comfortable for the operator, and really dressing it up, giving it a very stylish appearance.

“The real value for the laser welder is to empower the jeweler to do custom manufacturing and repair work.” 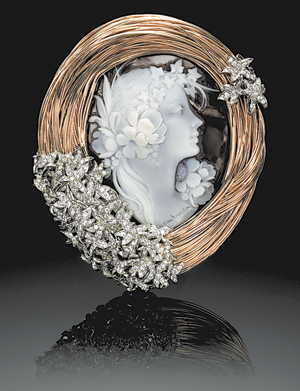 LaserStar was originally known as Crafford Tool & Die, which later became Crafford Precision Products. “The original company was founded in 1957,” Gervais says. “Its origins were imbedded in the greater New England and New York jewelry industry.

“We started the company to stamp gold, silver and brass components. We also manufactured chain-making machines and linking machines, which were commonly used in the jewelry industry.”

“Things really got exciting when we got into the laser business,” says James Gervais. “I lived in Germany for five years, from 1990 until 1995, and during that time we became exposed to manual laser welding technology by a German company. We became their authorized distributor.

“The product line became more and more popular as we finished the 1990s, and as a result of that, we were looking for ways to not only improve the quality, but reduce the cost.” In early years the laser welders sold for about $45,000.

“In 1998,” Gervais says, “our relationship ended with our German partner, and we went into production ourselves, making the machines here in the United States. We were the only U.S. manufacturer of manual laser welders, which still holds true today.

“It really was a blessing in disguise. It allowed us to add a lot of American thinking in terms of marketing and style, features and benefits that the retail jeweler and the jewelry manufacturer were looking for.” 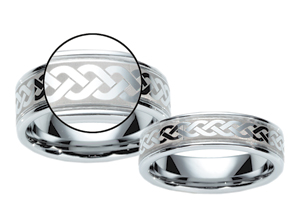 By 2001, lasers had become the company’s primary focus. “We had started developing other products for the jewelry industry, including laser marking and laser engraving machines,” Gervais says.

“At that time we were selling probably 300 lasers a year. While we enjoyed a nice piece of the market share, we weren’t being overly confident.

“We recognized that we had to stay on our toes. We were constantly listening to what the marketplace was asking us for, and we realized there was a huge void for laser education. In other words, how do we teach the customers to turn these machines into a profit center?

“So we developed what we call today our LaserStar Learning Centers. We hired a number of experts with bench jeweler skills and taught them how the lasers worked. Then together we created an education and training curriculum to teach people who would buy our machines how to really make money with the machine.

“It was a game changer in the industry. Not only were we then the only company in the States making and selling the machines direct to end users, but we were providing a level of training and service that none of the other suppliers have met.

“Our training curriculum was acknowledged to the point that in 2005, GIA (Gemological Institute of America) identified LaserStar as their preferred partner at their Carlsbad campus in California, equipped their classrooms with four LaserStar machines and adopted our training curriculum as the benchmark in teaching their graduate jewelers laser welding.”

Today, LaserStar continues to grow and evolve. About 50 percent of all the machinery the company makes is sold into the worldwide jewelry marketplace.

“We actively service other high-tech industries such as the medical device marketplace, companies that are making pacemakers, brain stents, any type of medical component that will go into the body,” Gervais notes. “We also service the aerospace industry. NASA’s Glenn Research Center in Ohio has a number of our products.

“So one of the benefits the jewelry industry obtains when they buy a LaserStar product is that we’re servicing many other industries that are funding our research and development. The trickle-down effect allows us to incorporate those R&D efforts to optimize the laser beam into many of the products we sell in the jewelry industry without significantly increasing the cost to the jewelry end users.”

Gervais says LaserStar was proud to be the first company to break the $30,000 price point with laser engraving machines.

“We have a new line called the FiberCube Laser Engraving System,” he says. “Our goal is to make our products more affordable and useful for the retail manufacturing jeweler. We introduced the product late last fall at $29,000, and at the first wave of trade shows in 2011 we’ve had overwhelming success.

“The reason laser engraving is so precise and well-received is it’s a non-contact process, so it doesn’t deform or damage the jewelry piece…You can take a finished jewelry piece with the stone set, all the finishing handwork done, and the laser engraving is the last step. It adds a lot of value to the manufacturer because they can custom brand the piece as the orders come in. For engraving rings, we’ve perfected an easy-to-use rotary device. It’s ability to do precision engraving is very high.”

LaserStar has a total of nearly 4,000 laser machines installed in the U.S. jewelry sector, Gervais says. “We’ve been selling them since 1992, but the real growth has been in the last 10 years, the real explosion in terms of units.

“Our goal is to exceed our customers’ expectations in quality, price, training and service. Our customers like the fact that they’re dealing with the source, the manufacturer. And there is pride in buying a product made in the United States.

“They like the fact that we’ve covered the country from three strategic locations: the Northeast, the South Atlantic Seaboard and the West Coast. Most importantly, our clients like working with LaserStar because we listen to their suggestions and complaints, we try to constantly improve, and we value feedback. It’s a win-win for us and for them.”

For more information about LaserStar Technologies, you can call 401-438-1500 or visit the website www.laserstar.net.