Marketing fun and funny in a seemingly humorless society

“Humor is not only necessary in your marketing message, it’s critical,” Mike Buley, founder of Jewelry Ads That Work, told a standing-room only crowd of retail jewelers during the July 2018 Retail Jewelers Organization (RJO) Show in Minneapolis. 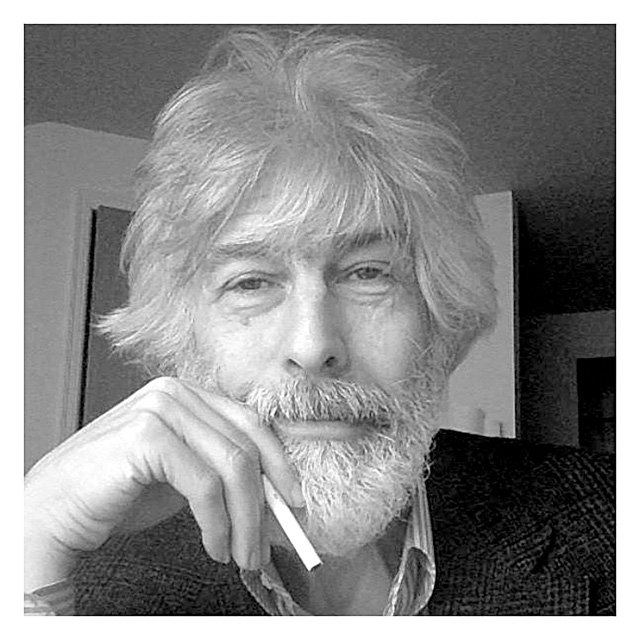 Mike Buley, Jewelry Ads That Work founder, discussed humor in marketing at the last RJO Show.The seminar room of retailers heartily enjoyed Mike’s approach of making marketing humor serious business. But many jewelry store owners question how it’s possible to use humor, or simply have a little fun, in marketing messages with a high likelihood of offending someone or some group to a degree.

Equally concerning for jewelry store owners was questioning where this hypersensitivity comes from and why it’s so prevalent today. Intellectually and emotionally coming of age in the 1980s, Baby Boomers know well the birth of Political Correctness, avoiding language or behavior viewed as excluding, marginalizing or insulting groups of people.

There are hosts of influences on what people find funny and why. Cultural norms and societal evolution are big influencers. But over the last 20 years, and especially in the last 10 years, divides and differences about humor aren’t so much cultural or societal shifts, but political, according to Mike.

“People’s world views and political leanings have created huge divides in this country,” says Mike. “And, social media amplifies these voices no matter which side of the political aisle you’re on.”

Mike’s clients at Iowa City, Iowa-based Herteen & Stocker Jewelers felt the wrath of social media backlash and protests from nearby University of Iowa students that took issue with the well-known jewelry store being a “hardware store for women” in-store poster. 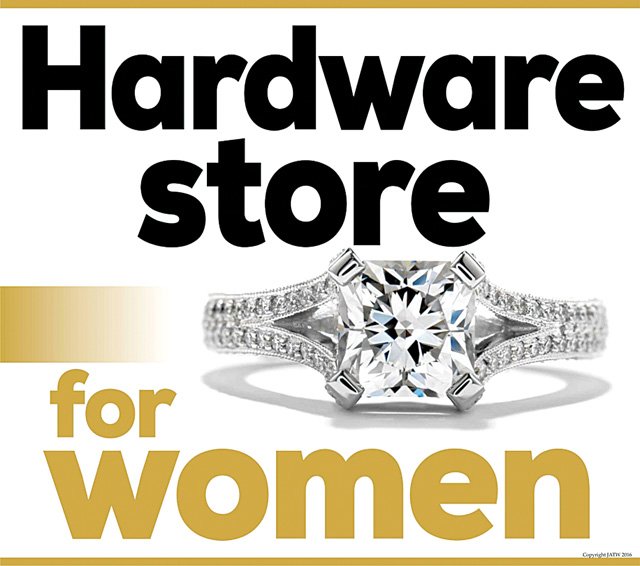 This Herteen & Stocker ad resulted in protests outside the Iowa City, IA jewelry store.In the fall of 2016, store owner Willa Dickens worked with Mike to put up the “hardware store” poster in the store’s front window. Within days, there were hundreds of negative posts on the store’s Facebook page and other websites. Social media postings whipped up University of Iowa students and protests happened outside the store.

“We took it down immediately,” says Willa. “But I bet it took six weeks to two months for this whole thing to calm down.”

This fall, Willa and his marketing staff used another Jewelry Ads That Work print ad in their local newspaper. The ad depicts a football and a marquise diamond with a caption reading, “His Game, Her Game.” Once again, Herteen & Stocker Jewelers was at the center of controversy. And, once again, Willa and his team felt compelled to pull the ad based on enormous public pressure.

This Herteen & Stocker ad drew criticism from some Iowa City, IA residents.As much as Willa and his staff liked the “His Game, Her Game” ad concept, the reaction to the “hardware store” poster two years prior is still fresh in their minds. According to Willa, Iowa City has become a “very progressive” city. Working at his family’s store since 1948, Willa says he, “doesn’t have much fight in him” anymore.

But there are times when fire must be met with fire. When speaking to RJO jewelers in July, Mike called out the “easily offended” accusing them of being “free speech bullies.” Like most bullies, eventually their intimidation tactics need challenging. In the case of using fun, funny or even “edgy” advertising this is a matter of “defending the First Amendment,” says Mike.

Garieri Jewelers in Sturbridge, MA aren’t clients of Mike’s, but they’re certainly taking a page from the Jewelry Ads That Work playbook. In August, store owner Scott Garieri and his brother William (a retired retail jeweler living in Florida) came up with the idea of the NFL’s “taking a knee” controversy and putting a marriage proposal spin on it for a billboard.

The store’s billboard shows a man taking a knee with a ring box in his hand, proposing to his girlfriend on the 50 yard line of a well-attended football stadium. The billboard caption reads, “If you’re going to take a knee this season, please have a ring in your hand!”

The “take a knee this season” billboard went up on August 29. Before Labor Day, the billboard didn’t get much notice locally. But when road construction detoured the lion’s share of local traffic past the store’s billboard after the holiday weekend, the store was flooded with phone calls.

“In one day we received more than 300 phone calls,” says Alexandria O’Brien, store manager and daughter of the store owner. Known for their “catchy” billboards, according to Alexandria, the store has dealt with mild blow-back to their marketing messages in the past, but never to the level of death threats warranting police protection.

“We were called racists, which we are not, and other horrible accusations,” says Alexandria. “I was told to go ‘kill myself’ on social media, received several threats to me physically, as well as threats to the store ranging from ‘I will never shop with you’ and ‘urinating on the store’s lawn’ to ‘vomiting on the store’s showcases,’ and a host of other negative, vulgar remarks.” 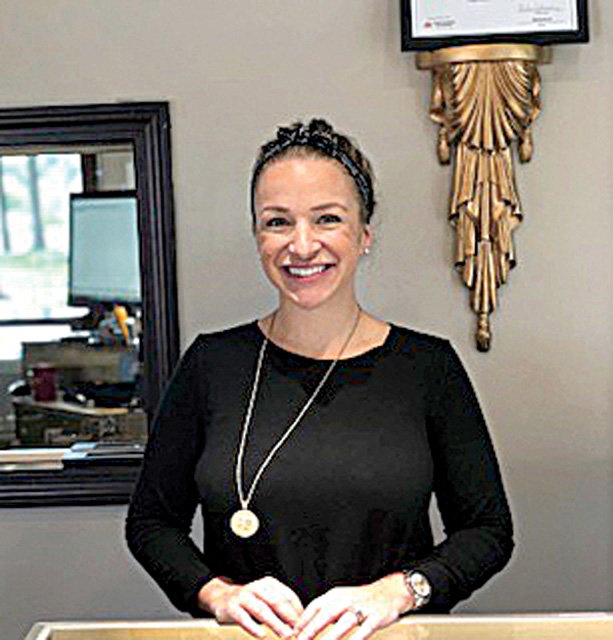 The marketing adage of “even bad publicity is good” rang true for Alexandria, her father and their staff. Of the 300 calls that came in that day, only two were negative. After conducting some due diligence on the hundreds of social media posts, Alexandria discovered that an overwhelming majority of people were “keyboard cowboys” way outside of the store’s market. The store even received fan mail from across the country, some even sending in repairs and placing orders.

“A supporter of our billboard in Arizona sent us their jewelry repairs, and congratulated us on our creative billboard,” says Alexandria. “We’re getting repairs and orders like this from across the country. We’re also getting local, national and even international media attention. One news organization from New Zealand even contacted the store.”

Alexandria and her father have no intention of taking down the “take a knee this season” billboard. It’s scheduled to be changed out at the end of a three-month cycle (November 30), but with the Super Bowl coming up in early February 2019, “We might just keep it up another three months,” says Alexandria.

Even in an unpredictable and volatile marketing environment, Mike encourages retail jewelers to use humor with these tips in mind. If customers laugh with you and your staff in the store, advertising mediums should capture that aspect of your store’s personality to some degree.

Selling is like courting in a relationship. Just like dating, use humor and tell jokes that make customers feel good, create a sense of warmth, and get a chuckle. Change up the humorous advertising weekly if possible. In keeping with the customer relations/dating analogy Mike says, “When courting, don’t tell the same jokes on the second date. It’ll be your last.”

Don’t repeat the same old tired lines of “product and price” or “best customer service.” Use humor to be different. Once your store’s advertising program uses humor, be sure to use it frequently and consistently. And, make sure your store’s brand of humor genuinely reflects the store’s personality. Should there be some or a lot of adverse reaction to marketing fun, funny or “edgy” messaging, stay strong and stay firm to the store’s core principles.

“People will find offense in everything,” says Mike. “Keep your finger on the pulse of what’s going on out there and remember it’s not people’s right to not be offended. It’s your right to free speech when marketing to your customers.”