Masters of Marketing – A century of sparkling insight (Part 1)

There is rarely a day that goes by when I am not reminded of the famous quote by Milan Kundera, “Business has only two functions – marketing and innovation.” For someone like me, whose life revolves around marketing, promotions and all things “spin,” it’s hard to look at any product or service and not be compelled to analyze the effectiveness of the actual presentation that surrounds it, and examine the individual pieces (slogan, logo, packaging, advertising, etc) that make up the entire package, and hopefully set it apart from its competitors.

Several months ago, in a search for something that would help me turn off my brain for a little while, I came across a fabulous series on Netflix titled, “The Paradise.” This short-lived BBC drama only survived two seasons on television, but lives on forever through Netflix. I confess, what initially attracted me were the gorgeous set designs, costuming and outstanding cast. But once I actually started watching it, I was hooked by the story line and literally binge-watched the entire series from beginning to end.

The best way to sum up this series is the show description on the BBC website which reads, “An intoxicating love story set in England’s first department store in the 1870s.” The love story part really is great, but the backstory that accompanies the trials and tribulations of the day to day management and struggles surrounding the management of “England’s first department store in the 1870s” is what had me obsessed.

As the series unfolded, I couldn’t help but draw parallels to the challenges retailers experience today, with the obstacles that the very first department store in England must have had to overcome. Granted, they did not have to deal with the Internet, but there was competition from the start. Add in staffing problems, merchandising issues, advertising consequences, and marketing struggles and aside from the style of displays and apparel, you pretty much have a peek inside the day-to-day operations of any independent jewelry store operating today. 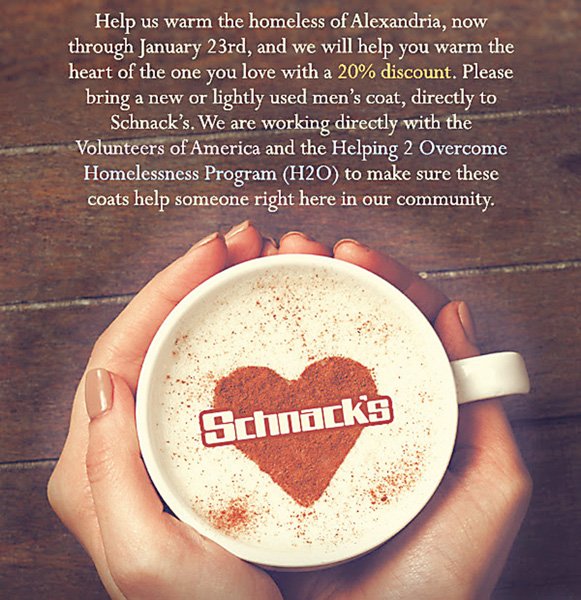 It got me thinking (I know … the reason I started to watch the series was specifically not “to think,” but that is another story altogether!) about retail jewelers, and the challenges they must have faced 100 or so years ago. That led me to pick up the phone and interview the owners of 4 retail jewelers here in the United States, which have been in business longer than 100 years to find out what the secret of their longevity and success is. This is the first article in my 4-part series of interviews with those stores.

My first call went out to Bill Carstens of Schnack’s Fine Jewelry in Alexandria, Louisiana. This jewelry store, which has operated successfully for more than 150 years, got its start back in 1865. The store, originally named “Ferguson & McKinney” was located on the banks of the Red River, and carried a wide variety of goods including shotguns, bullets and blenders, as well as watches and a small selection of jewelry. Back in the late 1800s, if the river current was running too strong and the boats couldn’t dock, the crew did their best to throw the merchandise up on the riverbank. The bulk of the merchandise came in by riverboat, but the valuable pieces were shipped registered mail through the post office and came in on a train from New Orleans.

I asked Bill what he believed were the contributing factors to the long-term success of his store. His answer? “The core values of the store, which are customer service, quality and community involvement combined with fluid decision making when necessary allow us to easily address the needs of our customers, and the changing market.”

When Schnack’s first opened, the only true option for advertising was in the local newspaper. Bill told me that Schnack’s always had an ad in the local newspaper, in every edition, for their first 120 years. Back then, there was a very healthy subscription rate. As times changed, and readership dropped, Schnack’s began relying more on radio advertising, which has always been a very effective tool in the Schnack’s marketing mix. Radio works well for Schnack’s because they are in a smaller market, which allows them to really own stations key to their demographics and hit their target market. In addition, Bill, his daughter Sloane, and son William do all of their own commercials. They keep them light and funny, which allows them to get the message across and connect with their audience. In addition, they tag the end of all of their commercials with their slogan, which is “Schnack’s Fine Jewelry under the clock tower on Dorchester.” Bill knows it is resonating with their customers, because on occasion, someone will say the tagline to him!

I was curious to know if Schnack’s still did physical mailers, or if e-mail made up 100% of their non-traditional media contact with customers. He shared with me that they have done mailers in the past, but the actual connections they make with customers from physical mailers seems to be in a steady decline. His most popular mailer-events have been a 30% off customer appreciation card, as well as “coupons off purchase” programs, including $100 off a $250 purchase, $200 off a $500 purchase and $400 off a $1000 purchase.

While an occasional mailer program is still in the Schnack’s advertising mix, today they rely more on e-mail blasts, and traditional media messaging such as billboards, radio and television. In addition, Bill is a big believer in using Market Development Dollars from all of his vendors, and making sure he takes advantage of every co-op dollar that is available to him.

Since its inception, Schnack’s Fine Jewelry has always been involved in the local community. While marketing is necessary to every business, for Schnack’s, Bill truly believes it is the strong tradition of community connection that has really made the difference in his family business. To that end, every trunk show that Schnack’s hosts is paired with some type of program for giving to a local charity. In fact, the spirit of charity runs so deep in the Carstens family that in the winter of 2016, Bill’s daughter Sloane came up with the idea for a “Warm Your Heart” program, designed to give coats to local homeless people who were without. The program was so successful that they ended up donating over 100 coats to local people in need, including 2 boxes of coats that were donated by one of Bill’s best vendors out of New York.

Other community oriented programs include hosting local authors for their book-signing events. Schnack’s has hosted several book signing events, which have always been well attended. Bill believes it is great to showcase local talent, because it puts the focus on getting the community together to honor the author or artist. He believes these types of events pay back to Schnack’s ten-fold and bring awareness to the store, the author or artist, or the charity, on a much deeper level.

Obviously over the 152 year history of Schnack’s Fine Jewelry there have been a few promotions that didn’t quite work out the way they had planned. Bill recounted his most memorable failure, a Bellarri Jewelry trunk show. As we all know, Mother Nature can play a major role in the outcome of any event, and on the day of the trunk show, the area experienced 8 inches of rain in a 10 hour period. They had sent out hundreds of invitations, made phone calls and advertised across all their media channels and were rewarded for their efforts with the most pre-show appointments they had ever made. They had music, a bar and great food, but because of the weather, not a single person showed up. He ended up sending his staff home, and spent the day enjoying the shrimp, lump crab meat and well-stocked bar with the sales rep.

When I asked Bill what he felt was the main reason for the long-term success of Schnack’s Fine Jewelry, he didn’t attribute it to the merchandise mix, or any type of “specialty,” or even the best prices in town. Instead, he told me he felt they owed their success to their deep community involvement and the fact that customers of Schnack’s know there are 3 generations of the Carstens family ready and willing to help them make the purchases that mark their special life events. He said: “Our industry has changed quite a bit, especially over the last few decades. Small businesses need to be able to roll with the changes. I believe if you stick to your core values and provide the ultimate customer experience, you will be able to weather anything that comes your way!”

Join us next month for Part 2 of “Masters of Marketing – A Century of Sparkling Insight.”