As the saying goes, “one man gathers what another man spills.” In his early teens, enterprising young Medford Chason and his boyhood buddy excavated a garbage dump near his family’s tobacco farm in Southwest, GA that was closed in the early 1900s. Over time, the dynamic duo found 14,000 antique bottles.

Seeds of destiny were planted then when Medford sold these bottles and other buried treasures – including old coins – at a jewelry store in nearby Tallahassee, FL. (Earning his coin collecting merit badge as a Boy Scout also proved to be a formative and fortuitous influence.)

Frequent visits to this store turned a preoccupation into a passion. Medford eventually got his first job at this jewelry store.

Antique bottles and old coins have gone from filling a boy’s pockets with jingling disposable income to a booming retail business. Along with his wife Linda, they co-own the Treasure Hut in North Charleston, SC, a retail jewelry store with two businesses under one roof. Medford also manages a social media-based B2B trading center, another thriving operation fueled by his tireless and inventive work ethic.

In the store’s showroom is an eclectic mix of jewelry, coins and antiques of all kinds as well as a host of collectibles that run the gamut, from Civil War memorabilia to old US Treasury bank notes and just about everything imaginable in between are bought and sold. 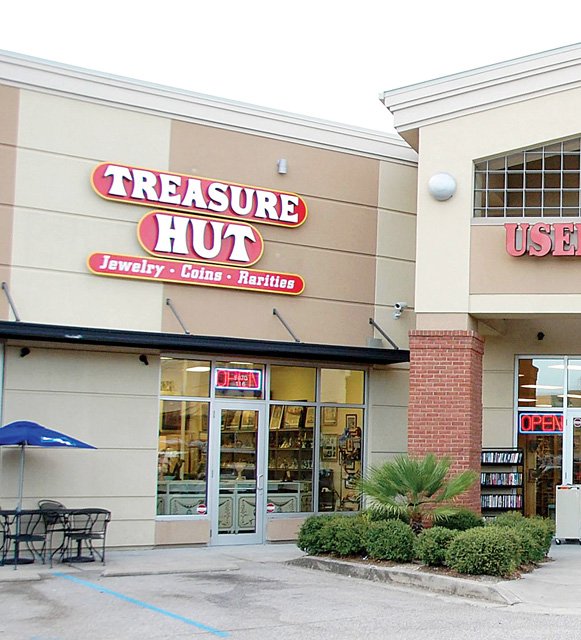 “Here at the Treasure Hut, we’re the only museum that doesn’t charge admission,” says Medford. “There are items in this store important museums wish they had. That’s how much inventory we’ve bought and sold over time.”

A jack-of-all-trades and pretty much a master at most of them, Medford and his staff buy a lot of collectibles, antiques, memorabilia and jewelry from the public. Not surprisingly, their jewelry offerings are 100 percent estate pieces. Medford and his wife are proud to say they have “never directly purchased a single piece of jewelry from a vendor or designer” in the history of owning the Treasure Hut, which opened in 1991. 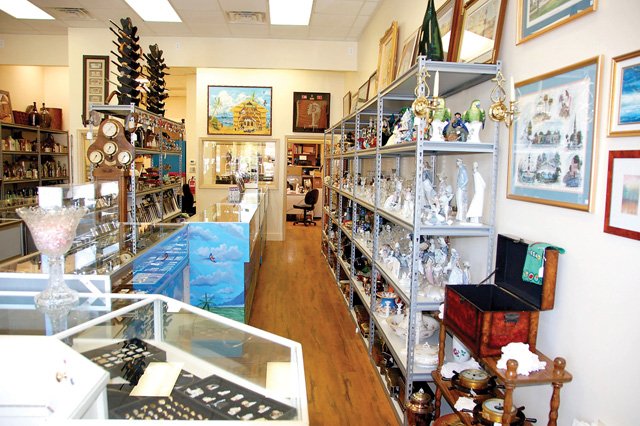 The twosome began their career as a couple by offering jewelry repair and design services to other jewelry stores, department stores, wholesale clubs, and pawnshops in Charleston. With the help of many jewelers Medford trained, he established satellite shops around metropolitan Charleston, maintaining roughly 40 wholesale accounts for about a decade.

In 2001, the couple decided to leave the wholesale business behind and focus on the retail jewelry and coin store, their gold buying operation, a colored gemstone wholesale division and the couple’s burgeoning e-commerce business.

Early on, Treasure Hut’s buying division became one of the largest buyers of precious metals, diamonds, gemstones, relics, and artifacts in metro Charleston, a standing Medford continues to hold to this day. Last June, he and Linda opened a new Treasure Hut store in the McCall Center on International Boulevard (across the street from the Charleston Coliseum next to the airport at the entrance to the Tanger Outlet center).

“We will continue to buy and sell fine jewelry, coins, antiques, relics, artifacts, and high end luxury items,” says Medford. “Private buys in the store, as well as helping settle high-end, luxury estates, has proven very lucrative for us.”

Although the move was only a few short blocks from his previous location, possible new location sites were studiously researched to find the optimal balance of foot traffic from visiting tourists while catering to the convenience needs (namely parking) for locals.

“This location has been a real boon for us,” says Medford. “Given the way merchandise is priced and displayed, about 90 percent of the time people find something of interest in their price range.”

Medford and Linda are pleased with their success but would like to return to offering basic jewelry store services. The couple is currently interviewing candidates to perform everything from jewelry and watch repairs to appraisal services.

Medford typically clocks in 10 to 12 hour days working at different divisions within his business. Then has dinner and some down time with Linda before he starts his “third shift” job, managing his B2B Facebook-based business called Treasure Traders.

In the back office of his Treasure Hut store, but mainly at his home office during late evening and even early morning hours, Medford manages Treasure Traders. In less than a year, it has become one of the most active social media-based trading centers for retail jewelers and industry members. 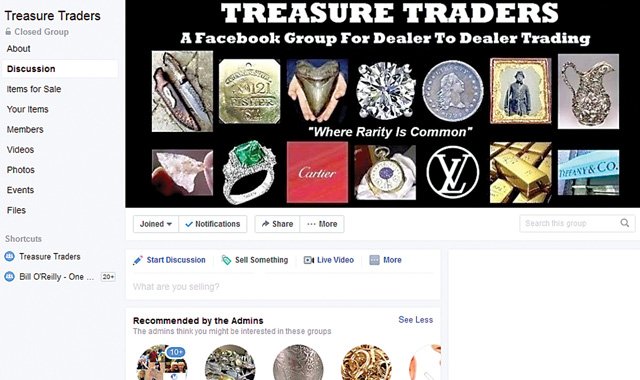 An active member of Jewelers Helping Jewelers (or JHJ for regular users), Medford thought the Facebook page, founded by Aleah Arundale, presented some buying opportunities but was mostly about making social and problem-solving connections. JHJ was “getting congested” with the mix of postings that also included buying and selling posts. Medford wanted a pure selling and trading platform for jewelry, watches and his unique range of goods.

Medford researched buying groups asking for annual membership fees, some of which forced members to use a paid escrow service. He decided there was a better way to do it on his own. Last January he started Treasure Traders – a totally free, rigorously vetted member B2B buying group. 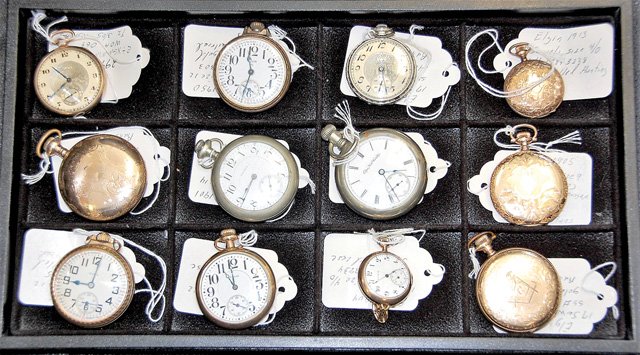 Medford sheepishly admits that had Treasure Traders come to fruition before relocating Treasure Hut, chances are he would have immersed himself in his social media-based venture. Like all Type-A workaholics, Medford mainly serves two masters (he has many other side businesses).

At press time, Medford is actively working on breakthrough developments for Treasure Traders – tweaks to his social media website that will take online trading to “new levels,” says Medford.