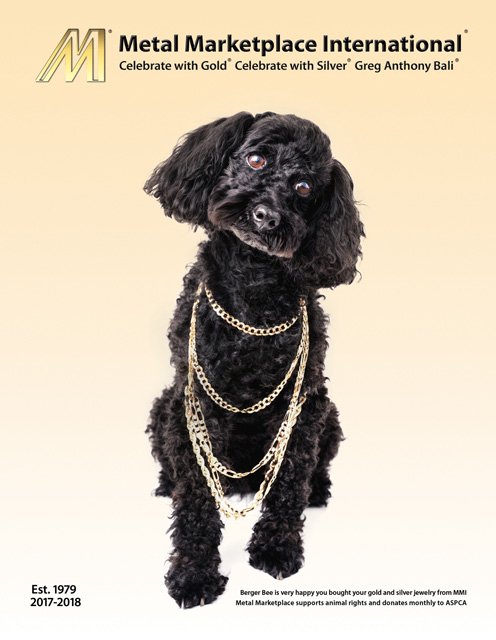 When Tony Acquaviva, founder of the company, met a factory owner seeking an outlet for his gold chains, Tony offered him melt as that was all he knew. The factory owner offered to buy back anything Tony couldn’t sell – and that was the start of a nearly half-century business.

The company’s name was changed to Metal Marketplace International in 1980 when Anthony’s Coins purchased a company in Cherry Hill, N.J. The company moved and stayed there four years; business grew quickly to more than $5 million a year as scrap gold buyers wanted to buy gold chain.

In 1984, Gold Heart, a New York company, was supplying MMI with $90,000 a week in gold chain products. “One rainy weekend, Gold Heart was robbed,” Tony says. “At the time, it was the largest robbery in New York City history. Metal Marketplace International could not get delivery while the insurance company and the police investigated.”

One week while Tony was at Gold Heart, unable to get delivery, he spoke with an Italian factory representative who was also visiting. After the discussion, MMI started buying directly from Italy.

MMI moved back to Philadelphia in that same year and eventually opened an office in Arezzo, Italy. MMI’s largest customer purchase in one year was over $30 million. The company got hit hard in the recession of 2008/2012 but survived and thrived: MMI in 2018 is still supplying thousands of jewelers all over the United States. 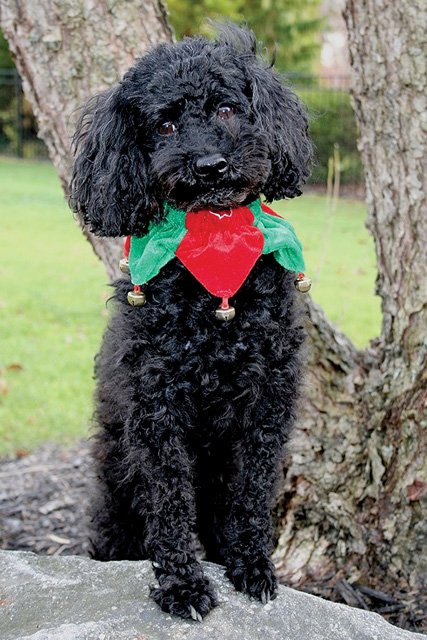 Tony says his company pulls ahead from its competition in five main areas:

Fresh ideas are always welcome at MMI, and a charming one came from Tony’s wife, Suzanne, last year. Asked what she thought should grace the company’s new catalog cover, which traditionally featured models wearing MMI’s best sellers, Suzanne said, “People wearing your new styles of jewelry helps to sell – and animals sell! Why not put Berger Bee Einstein on the cover?” Why Berger Bee Einstein? Because he is very smart! Tony liked the idea and consulted with his two sales managers, Barry Hochman and Joe Evich. Both loved the idea – and the Berger Bee Einstein era was born.

Suzanne (suzanneveronica.com), a talented singer and songwriter who has produced seven CDs, had connections to a photography studio and arranged a shoot with Berger Bee Einstein. “Berger Bee Einstein had a great time at his photo shoot!” says Tony, noting that the canine star’s family donates monthly to the American Society for the Prevention of Cruelty to Animals.

The Metal Marketplace International catalog is extremely successful, Tony says. “Every day in thousands of jewelry stores, the Berger Bee Einstein catalog is put on the counter by the independent jeweler. A customer comes into the store and picks up an MMI catalog. The customer smiles when he or she sees the picture of the toy poodle on the cover. How can you not smile? Now the independent jeweler has a smiling customer ready to buy!

“Think about it. Many customers coming into a jewelry store are apprehensive about the purchase. They do not know how to compare karat gold; they do not know if they are getting a fair price; they probably have been taken before in their lifetime by some salesperson. Although Berger Bee Einstein does not solve those problems 100 percent of the time, he surely helps to put the customers in a positive place. Then the jeweler tells the consumer that 98 percent of the gold product in this catalog has a lifetime warranty. Now they really smile.”

Metal Marketplace International has a huge selection of chains in a large variety of metals and lengths. Best sellers include solid diamond cut rope (featuring an extra tight weave), box, cable, wheat, figaro and a selection of adjustable chains.

A style that is exploding this year is MMI’s solid and semi-solid 10-karat and 14-karat Miami Cuban chains. “Ours is half round, true Miami Cuban,” Tony says. “Our Miami Cuban has one of the best price points in the industry.”