by Amy Minnick
Share on FacebookShare on Twitter
Reading Time: 5 minutes It was an unlikely career for Kristin and Terrence Laughter. Not that they didn’t want to work in the jewelry industry, but rather, they started life together traveling the world while Terrence served his country as an Army Infantry solider. Sure, they’d grown up together in Asheville, North Carolina, and married as high school sweethearts, but neither had a direct connection to jewelry and Terrence was busy learning the logistics of combat fighting, not tapping into his creative side.

But four years later, when Terrence’s military service was over, the Laughter’s found themselves back in Asheville. Kristin, who’d found work in the jewelry departments of larger box stores during their many military moves, reconnected with a couple she’d gone to church with as a child. It wasn’t long before she went to work for Steve and Linda Parker, starting at the bottom and learning the business.

“The Parker’s were wonderful to work for because not only did they give me opportunity to grow and learn about the industry, but they also stressed their business was about relationships, not the sale,” Kristin explains.

While Kristin worked, Terrence found civilian work with United Parcel Service where he quickly moved into management. Although he enjoyed his job, a back surgery left him less mobile, igniting his move into the tech industry where he thrived. But a short year or two later the couple found themselves with the opportunity of a lifetime. 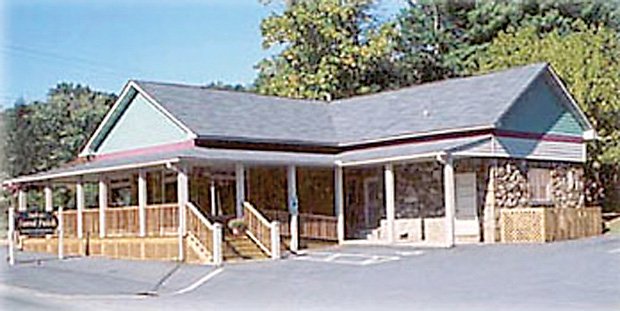 “The Parker’s didn’t have children, and The Karat Patch was their baby. So, when it came time for them to think about retirement they approached me about taking over,” said Kristin. “Since the Karat Patch started as a family business I wanted it to remain a family business, so I invited Terrence to join me in this new adventure of a lifetime.  As the second generation, we will honor the Parkers’ beginnings.”

Terrence agreed to leave his technology-based career to jump all-in to owning and running a jewelry store. The Parker’s offered unbelievable support, sending him to school and bringing him up to speed on custom engraving, stones and metallurgy. Kristin had developed her design skills as well, and had carved out a niche helping clients re-purpose family pieces into something new they’re excited to wear.

“We’ve made a point to cater to the eclectic population of Asheville that is artsy, and at the same time, loyal, long time customers,” explains Kristin. “Our store is five miles outside downtown Asheville making us the largest jeweler north of Asheville, allowing us the privilege of serving the smaller, northern communities surrounding the city, and that means we do a lot of custom work as well as carry an extensive line of bridal, colored gemstones, diamond pieces, Michou, Lafonn, Southern Gates, and our own custom designs.” 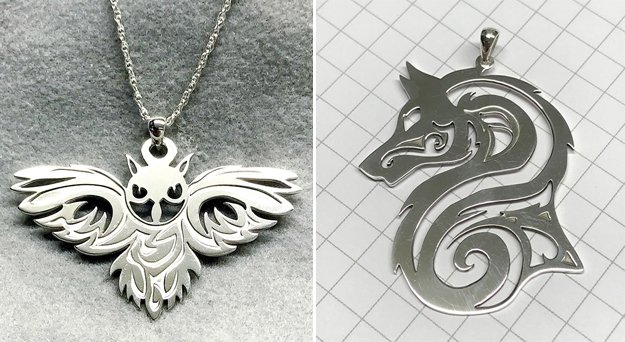 Offering a varied selection of inventory, as well as award-winning custom design services, engraving, laser welding, pearl stringing, appraisals and full-service repair, Parkers’ Karat Patch is the place to go for anything jewelry related. It’s not surprising the store has top ratings across Yelp, FourSquare, Wedding Wire and Facebook. The Laughter’s know as much as high quality merchandise and custom services help their business succeed, in the end it’s about relationships.

“When customers walk in to our store there’s an immediate feeling of family, warmth and welcome that leave an impression,” states Kristin. “Terrence and I grew up here, this is our home, and our customers feel it.”