Retirement can go one of two ways. A lifelong job is put to rest and leisure is pursued. Or, a person gets a second chance to explore another career path that keeps the brain and body limber for a number of years. Pat Coughlin, vice president of Coughlin Jewelers, chose the latter. 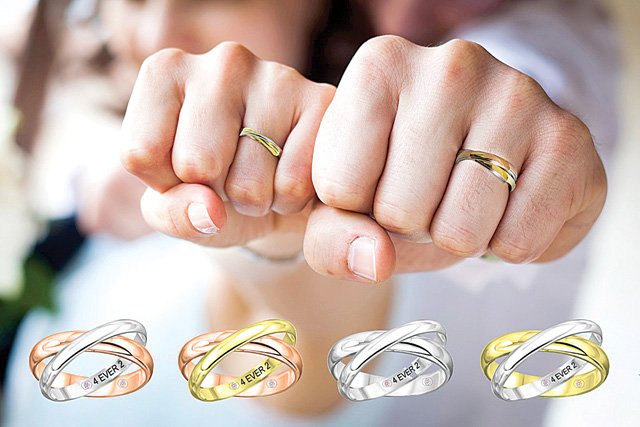 After a lifelong career as a retail jeweler, Pat decided to bring his 4ever2 ring design to market. It wasn’t a lifelong pursuit to create his ring design. In all honesty, Pat will be the first to admit the ring design happened and evolved quite by accident. But it wasn’t just Pat’s tinkering at the bench that got the idea of bringing two bands together in a single ring. It was his observation of societal changes that gave his idea its inertia.

“There are so many people out there that are in non-married, very committed and loving relationships but they don’t wear rings of any kind to symbolize their love and togetherness,” says Pat. “This is part of what got me thinking about what are now the 4ever2 ring collections, where two simple bands symbolize two lives coming together.” 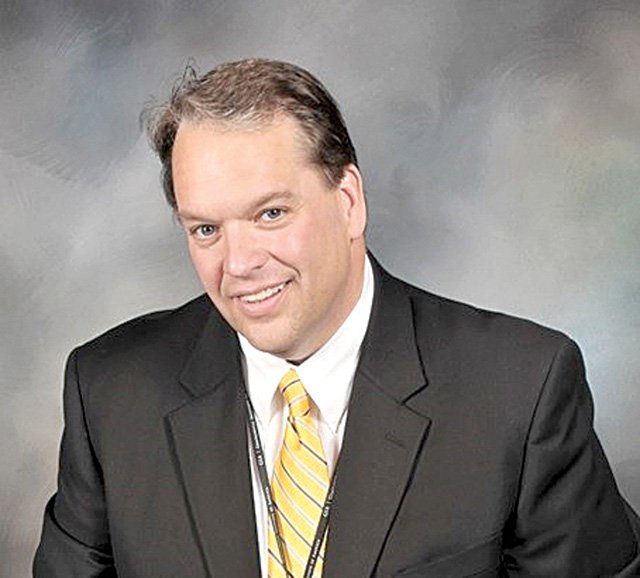 Pat CoughlinCombining two bands, even multiple bands (think Cartier’s tri-color band Trinity ring), has been done. But not even Louis Cartier’s iconic design does what the 4ever2 ring can do. “The wearer can place the ring on their finger and literally roll it into place near the knuckle,” says Pat. “The bands almost glide on as they roll down the finger into place. There’s no binding or pinching. It’s the most comfortable wedding band I ever wore.”

Part of the “accident” of developing his rings was building in maximum
comfort and designing out the pinch of combining two bands. Pat wouldn’t share any proprietary insights of the design, other than to state that the ability to slide the two-band ring design comfortably into place is having one band slightly wider and thicker while the other band is slightly narrow and thinner.

“What’s proprietary is the combination of the two bands using different dimensions,” says Pat. “That’s what is truly unique about the 4ever2 ring collections.”

Pat isn’t just proud of the comfort of his rings, but also the durability. To prove the sturdiness of his 4ever2 rings Pat went so far as to give stainless steel rings to contractors of various trades for free. The only catch was they had to give him detailed feedback on the comfort and durability of his rings. 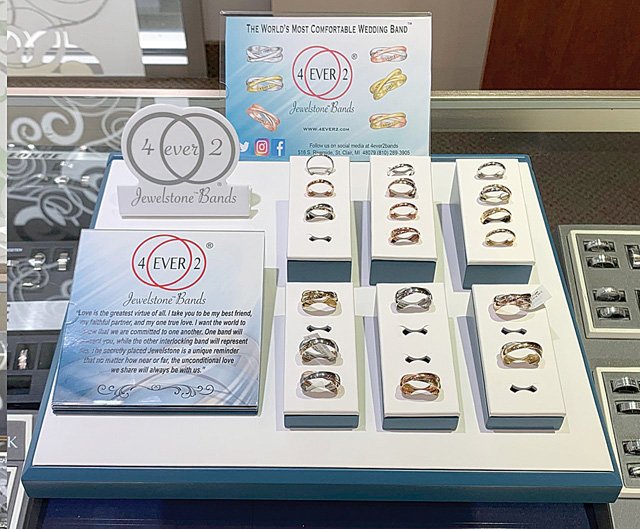 “The tradesman that received my rings were from all walks of life,” says Pat. “Many of these contractors can’t wear their wedding rings for safety reasons, but many don’t want to lose the ring, or it’s uncomfortable to wear during work,” says Pat. “The 4ever2 stainless steel rings aren’t just comfortable during the work day, but it’s a strong metal and if it does get damaged or lost, the price points of the stainless collection make it affordable to replace.”

Pat originally made the 4ever2 rings for non-married couples. But he quickly found out that marketing to non-married couples is no easy task. To get his early marketing efforts on an easier path, Pat decided to cater to the bridal market. His first consumer debut was a bridal show in Marysville, MI. 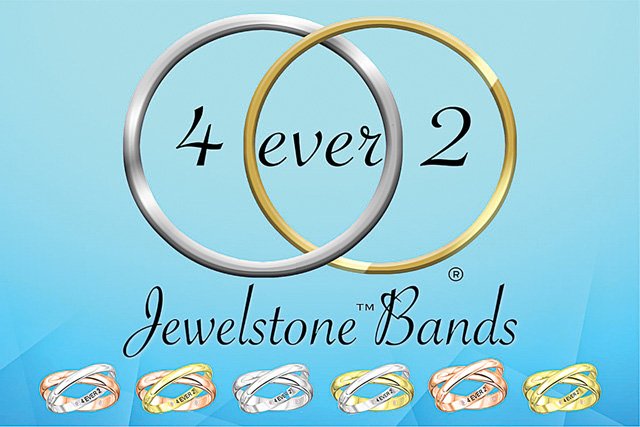 As with many such events, presenting products to the public can be a steep and steady learning curve. That was the case for Pat. “The very first 4ever2 ring I sold was at a bridal show,” says Pat. “It wasn’t to the bride. It was the bride’s mother. She put a 4ever2 ring on her thumb and fell in love with the look and fit instantly. She’s always wanted a thumb ring but could never find one that fits as comfortably as my ring design. Another market for 4ever2.”

Pat hasn’t given up on catering to the non-married demographic yet. It’s a marketing project in the making he thinks can be addressed with Facebook advertising. But for now he’s focused on the bridal market and giving it “the world’s most comfortable wedding band,” as his trademarked tagline goes.

In addition to the inherent qualities of the 4ever2 ring, Pat can also make the claim that his rings are made in America. After selling his retail store to his son, Pat purchased a building that has enough light production and office space to accommodate his early manufacturing needs. 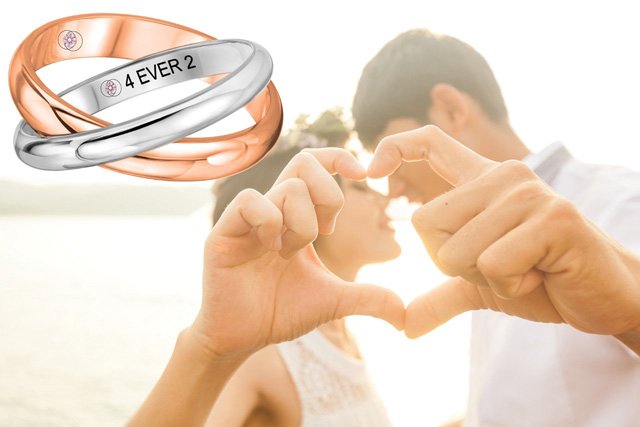 All of his designs and collections (named after Europe’s most romantic cities, such as Prague – his best-selling line – and Barcelona) are produced in a factory on the same street as the jewelry store where he spent 25 years of retail jewelry career.

As with any unique design, Pat wanted to make sure his 4ever2 designs weren’t copied. The 4ever2 designs, collections and all associated intellectual property are trademarked and copyrighted. But Pat’s not the type of creator that leaves even the slightest detail to chance. That’s why each 4ever2 band is set with his patented Jewelstone.

“Before the diamond, rose quartz or pink quartz was the gemstone of unconditional love,” says Pat. “Initially, I wanted to set a 1mm x 1mm faceted rose quartz in the inside portion of each 4ever2 shank, but quickly found it was cost-prohibitive.”

To address the challenge Pat did what he does best in his retirement years. He created his own gemstone. One day at the jeweler’s bench Pat took a hammer to a large piece of rose quartz. He literally pulverized the gem material to almost a white powdery substance. He found a suitable color additive to get the pink back into the pounded quartz and a bonding agent. Jewelstone was born.

“It’s the most cost-effective solution I could find,” says Pat. “And, we make Jewelstone in our factory too.”

But perhaps the best part of 4ever2 jewelry is the perks that come with being an authorized retailer. Amazon was one of Pat’s early retail partners. For every 4ever2 ring that is sold in an authorized retailer’s area from Amazon, Pat will give 50 percent of that sale’s net proceeds to the retailer. He’ll also give that retailer the customer’s name and contact information from Amazon. “I want the retailer to develop their own relationship with every 4ever2 customer,” says Pat. 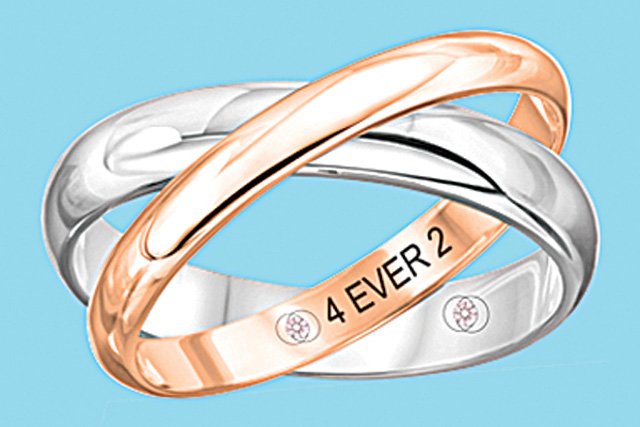 After months of selling directly to consumers on Amazon, Pat and his staff will debut 4ever2 ring collections at the Independent Jewelers Organization’s (IJO) March event in Colorado Springs, CO.

“We’re very excited to roll out the 4ever2 ring collections to the trade,” says Pat. “I think the IJO Show will be the perfect place and the right people to debut my rings.”

From Rock Shop to Fine Jewelry

Relationships are key to business success

The da Vinci of Diamonds