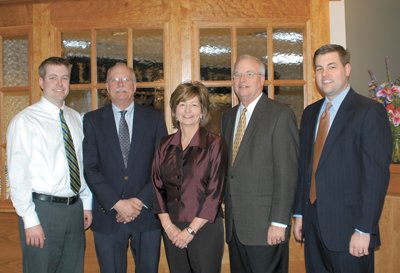 What makes Leo Alfred Jewelers in Dublin, Ohio, a special place? It’s a poignant subject these days. Tom Laudick, who has been in the jewelry industry for much of his life, retires this year but leaves an indelible mark on the next generation.

“Every jeweler feels what they do is special, and it is – we all just do it differently,” says Kevin Laudick, co-owner at Leo Alfred and Tom’s nephew. “Retail jewelry really is very simple, and Tom knew it best when he came up with our business model: ‘We are here to help our customers acquire, maintain and dispose of fine jewelry.’ Sounds simple, right? It is, because all we have to do is provide quality merchandise at a fair value and do it with exceptional service. That’s it. If we do that we have nothing to worry about.

“I believe our customers recognize this. We train our staff that the customer comes first, that when they walk through our doors they expect the best in everything and that is what we want to deliver.

“Everyone has to do it their own way… and we like the way we do it. I like to think what we are best known for is the quality of merchandise we make and sell; we don’t compromise on anything.” 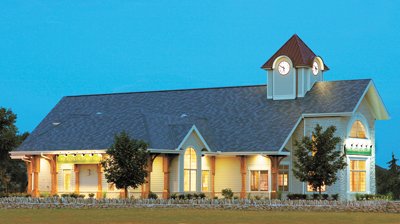 Tom sat for many years on the Board of the Ohio Jewelers Association and was well known and respected in the jewelry community, Kevin says. “This store, its name and the countless customers he has helped over the last 33 years can all be attributed to Tom’s hard work and love for the business. When the store first opened, my mother was still raising three boys and couldn’t spend as much time here. Tom was here every day and many times sleeping here, making sure customers’ jobs were finished on time.”

Kevin’s mother is Penny, Tom’s sister-in-law. Her husband Larry, Tom’s brother, also works n the business behind the scenes, crunching numbers. He’s now retired after working for Wendy’s International for 30 years as an executive. Rounding out the business quartet is Kevin’s brother Jason, a co-owner as well.

The family store began as Laudick’s Jewelry in 1950 in Van Wert, Ohio, launched by Tom and Larry’s father Robert Laudick, a watchmaker. “Both my father and my Uncle Tom worked at the store growing up,” Kevin says. “Their brother Steve bought the store some time back and still runs that store to this day with his family.”

Leo Alfred Jewelers debuted in 1983 when Penny and Larry, who had been living about two hours away in Dublin near Columbus, realized the need for a jewelry store in their city. “They called my Uncle Tom, who had been living down in Atlanta at the time, and proposed starting up the store. Besides working in the jewelry store when he was growing up in Van Wert, Tom also worked while in college at Miami University for a jeweler and was a Seiko sales rep in the ‘70s.” 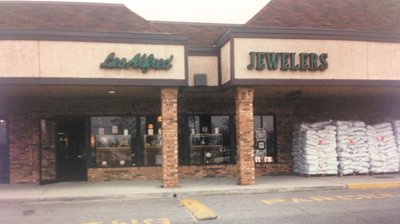 Kevin says his brother Jason worked at the store during high school and college, knowing that running it was a serious possibility. “I really never had any interest in the business until moving back home after college. Knowing I didn’t want to sit in a cubicle and be in the corporate world, I started to learn the business by watching the goldsmiths at the bench. Tom had me start off polishing silver and stock pieces we made in the store, and then I worked up to doing customer repairs.”

Jason and Kevin both have worked at the store since graduating from college over 15 years ago. In 2008, the brothers realized that to continue growing the business they’d need to move from its strip mall to a stand-alone location. A new store was built less than a mile away, and they’ve been running day-to-day operations since.

Jason, Kevin, Penny and Larry all co-own Leo Alfred today. “Tom still pops in from time to time during the week and works some Saturdays,” Kevin says. “He has never been one to give up anything cold turkey! Which is OK with us as we still want to see him around – and so do the customers. Tom and Penny have been a huge influence on how Jason and I run the store, and they have taught us a lot.”

Along with the Laudicks, six full-time employees and four part-time employees help keep the store running, and business has been rewarding. “Tom always said there aren’t many businesses out there where you get to see people at their happiest points throughout their life – and that is what jewelry many times symbolizes. To be able to help our customers celebrate these moments makes us feel a part of their lives and we share in their joy.

“One of the greatest things about this business is that you can never stop learning; there are always new skills or techniques that can make you better or more knowledgeable, whether it be sitting at the bench, buying loose stones or selling on the sales floor.”

Leo Alfred is a full-service guild store with a goal of manufacturing 70 percent of the jewelry sold. “Tom learned early on after problems with some manufacturers that the best way to control quality was to make it yourself,” Kevin says. “We know what is being sold, how it’s made. If the customer does have an issue, it is something we can stand behind and fix.”

Leo Alfred’s only brands are three watch lines, one bridal line and a few silver lines. “We buy our loose diamonds and gemstones in larger parcels for better pricing and then set everything in our shop,” Kevin says. “Every year we go out to the Tucson Gem Show and buy parcels of rubies, emeralds, sapphires and all the birthstones but also look for the unique gemstones that not everyone carries. Having not only the high quality color but the unique as well, we believe, sets us apart and makes us stand out to our customers.”

For more information about Leo Alfred Jewelers, you can call 614-889-5888, visit www.leoalfred.com or send an e-mail to leoalfred@leoalfred.com.