by Paul Holewa
Share on FacebookShare on Twitter
Not many jewelry retailers can say their store opened the same year the Civil War ended. As Schnack’s Fine Jewelry & Gift Gallery prepares to celebrate its 150th anniversary in September, three generations of family members currently working in the store embrace the founding principles of the past while continuing to innovate with plans to stay in business for generations to come.

Based in Alexandria, Louisiana, the jewelry store got its start as Ferguson & McKinney in 1865. Named after the two Scotsmen that opened a merchant store on the banks of the Red River, the store carried a wide range of goods to appeal to the many travelers making their way up and down the Red River.

“Back in the late 1800s, the store sold everything from shotguns, knives and fishhooks to watches and some jewelry,” says Carl Carstens, 85, the fourth generation of family members currently working at the store. “In those days the river was the main source of transportation and you had to have the merchandise people wanted to be a successful business.”

Carl also remembers the stories he was told about his great grandfather, a trained German watchmaker who came to New York in 1869. The following year Carl August Schnack moved to Alexandria and secured a job as a watchmaker at Ferguson & McKinney. Over the years partner buyouts allowed the Schnack family to own the business. And, by the early 1900s C. A. Schnack’s daughter Nell took control of the family store. 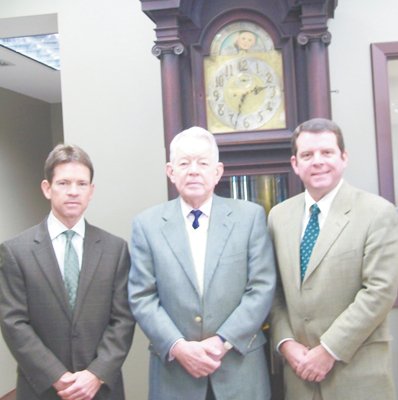 “Back then Alexandria was growing from a busy port town to a city with a downtown,” says Bill Carstens, the fifth and current generation managing the store. “Each move wasn’t just about getting closer to the center of a business district. Retail space increased roughly 50 to 60 percent with each move while previous generations found ways of improving the family business.”

Such a move for the better came in the fall of 1940, when the store doubled its showroom space from 3,500 square feet to 7,000 square feet. The move had incredible historical timing. As America ramped up efforts for World War II, the population in Alexandria mushroomed as numerous local military installations came to the area to support the war effort.

“The store had 80 employees and five to six cash registers,” says Carl. “We were open six days a week and were open until 9:00 pm on Saturday nights, but often we didn’t close the doors until 10:00 pm, sometimes 10:30 with so many young soldiers in the store.”

With so many GIs proposing as they prepared to go to war, Carl recalls the days when his father and the store’s staff sold a huge volume of engagement rings. The store also had a thriving business selling military-themed jewelry such as pins and bracelets with the various military insignias on them.

In the post-War years, Carl faced the same challenge as previous generations, trying to carry merchandise that would make his store a one-stop-shop for Baby Boomers raising families and fueling America’s burgeoning economy. “Back then we had jewelry and loose diamonds, but at that time more of the volume was in tabletop goods such as silver table settings, china, glass ornaments and giftware – we even sold luggage,” says Carl.

Business was good for several decades until the downtown area showed signs of slowing down. In 1974, the family decided to open a branch store 10 miles west in a developing suburb. Carl was at the helm of the family business and managed the move on his own. With the bench jewelers at the downtown location, there was a lot of traffic between the two stores with repairs and restocking merchandise a daily challenge.

By 1996, the family jewelry store was one of three businesses remaining in the downtown area. “In looking back at major decisions we made to change or improve the business, this is one I wish we would have made sooner,” says Bill. “But we’re a conservative family by nature, living with a ‘think what you want to do today, but sleep on it until tomorrow’ approach.”

Closing the downtown location may have been over thought, but more was at stake than just consolidating operations to a single location. Schnack’s Fine Jewelry & Gift Gallery became more focused on jewelry and diamonds, and less on other merchandise – a key development for the future of the family store.

“We didn’t have the space for table-top merchandise,” says Bill. “In the mid-1990s we had to concentrate exclusively on jewelry, so we purchased more price points and styles, fine jewelry, more loose diamonds and watches. This change in inventory was part of the transition that made us the jewelry store we are today.”

Nine years later the store moved 200 yards south, instead of west, to its current location. Carl and Bill are convinced this will be “home” for their family business for many years to come. The added space (going from a 2,000 to 6,000-square-foot showroom), a more laser-like focus on jewelry at all price points including high-end fine jewelry, and a state-of-the-art manufacturing and repair shop, officially made Schnack’s Fine Jewelry & Gift Gallery a full-service jeweler. 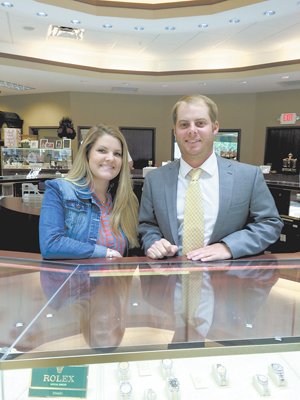 True to form, no baggage (literally and figuratively) was carried from the old store to the new store in 2005, with the exception of a single box, according to Bill. In that box were a number of items that tell the story of previous generations. One prized possession is a pocket watch made by C. A. Schnack himself, a pair of spectacles from when jewelry stores sold eyeglasses, and tons of old print ads.

As Carl, Bill and his children William, 30, and Sloane, 26, make plans for the store’s 150th anniversary celebration in September, Bill looks back on the successes that kept the family business going. Chief among them was making sure family members have very defined roles in the business. Bill’s brother, Joe, is also a partner and works in the store as a lead salesperson. Bill is chief diamond buyer and makes frequent trips to Antwerp.

“These diamond buying trips have made us a very serious diamond store,” says Bill. “Years ago I took the GIA diamond course and have been building on that knowledge ever since.”

Strangely enough, it wasn’t until the sixth generation came of adult age that Bill, Joe and Carl sat down and started to formalize succession planning. “We started the effort about 10 years ago and are about 90 percent done with the plan,” says Bill.

Both William and Sloane work in the family business. William always considered his father to be a family businessman that never forced the store on him. “In my late teens I went to college then worked in oil field construction and siding sales,” says William. “But I came back to the store about a year ago.”

The store’s milestone anniversary happening this year was part of what brought William back to the family business. “A family business in business for 150 years,” says William, “that’s really something special. I’m very proud of that and want to be part of it and perhaps one day my kids will too.” William is currently managing the repair department and has found his niche there. Learning the business from inside out, he also heads up the watch department.

With four years difference in age, both William and Sloane share the same early childhood memories of the downtown store. Housed in a three-story building, Sloane recalls playing hide-and-seek on the third floor while William recalls tales of the building being haunted.

Sloane’s early passion and current skill set is on the sales floor. “When I was a little girl I saw it [jewelry sales] as if we were selling amazing things to movie-star-like people,” says Sloane. “For a short time I sold medical supplies for a company, but it never felt like home. Sales is my passion, especially diamond sales, and I really enjoy developing relationships with customers.” With a GIA diamond-grading course under her belt, she has also become a savvy jewelry buyer.

September is the store’s anniversary month, but the big customer party date hasn’t been decided on. There will be a number of contests, giveaways and commemorative jewelry. “We’ll be giving away $150 gift cards at the party, we’ll have pearl necklaces strung with 150 pearls, and we’ll have an oldest receipt contest to name just a few,” says Bill.