by Paul Holewa
Share on FacebookShare on Twitter
Business leaders that turn adversity into opportunity are often asked the same questions related to their success story. When it comes to making watches in Detroit, Michigan, Shinola president Jacques Panis often gets “why America?” and with even more intoned curiosity, “and, why Detroit?”

His answer to reporters is simple and succinct. Jacques likens the movement of his company’s quartz watches to that of a “motor for a watch.” And, where better to build “watch motors” than the “Motor City.”

Shinola is a Bedrock Manufacturing Company, LLC brand. It began operations in 2011 with a simple and focused business philosophy of making quality consumer products that last. The company started making bicycles at first. Later watches, leather goods, clothing, journals and even pet products were added to the list of consumer goods made in Detroit.

Americans are fickle consumers. In one breath, they enjoy low-cost consumer goods such as electronics and apparel, yet they often grumble about how nothing is produced in America anymore. In recent decades, America has shifted from a manufacturing economy to a service-based economy. Couple that with outsourcing costs related to doing business profitability in the US, and many Americans quietly wonder: “what’s made in America?”

Shinola is one company that is answering that question with a niche suite of quality-made products. For those unfamiliar with the Shinola story, many wonder how it can be done – especially in Detroit.

For years, Detroit was the pinnacle of America’s industrial success. With its steel plants, infrastructure and, the area’s most valuable commodity, its people, Detroit was a major production hub with auto making at the heart of its manufacturing magnificence. But when the “Big Three” automakers decentralized car making from 1945 to 1957, and global competition for auto manufacturing began to open up, Detroit went from a metonym of the auto industry to a city synonymous with urban decay.

Joblessness and a lack of opportunities for upward mobility have hurt Detroit for decades. Shinola’s vision, as stated by Jacques, is to “rebuild Detroit.” Shinola and Bedrock Manufacturing Company are not alone in this effort. Last year was a banner venture capital investment year for Michigan with $220 million invested in 50 state companies.

“Detroit has surpassed Ann Arbor in the number of VC [venture capital] firms that are investing in these two cities,” Jacques said in an ABC News Real Biz interview from May 14, 2015. “There’s a lot of good happening in that city today.”

This is a noteworthy accomplishment given Ann Arbor is home to the University of Michigan, a college known for its outstanding business school. Named after a World War II-era shoe polish, Shinola has tapped into Detroit’s existing manufacturing infrastructure with its watch and leather factories inside the College for Creative Studies, housed in the former Argonaut Building, a large office building completed in 1930 on Detroit’s West Milwaukee Avenue.

Shinola has become the first company in decades to commercially-produce watches in the US, thanks in part to the company’s unique collaboration with the non-profit private and design college. In 2012, Shinola began producing watches. Last year Shinola teamed up with Taiwanese company BAT LTD, makers of watch dials for 30-plus years, to produce their dials.

In May 2014, Shinola opened up a 12,000-square-foot leather factory to produce its leather goods. Watch strap making is now part of this division’s production output in addition to sourcing US-made, hand-made watchstraps from Hadley Roma.

Watch designs for Shinola are typically cased in round and cushion shaped cases. Shinola’s new Runwell Moon Phase watches are currently part of the moon phase trend, which, along with astrological and heavenly body themed watch designs, emerged as a leading style from this year’s Basel Show. 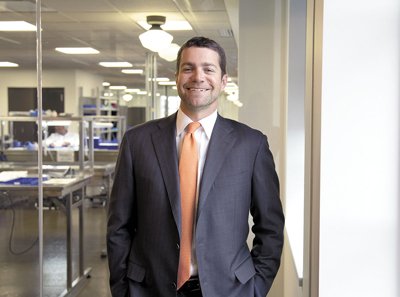 For sharp-dressed men the dress vest is a strong trend and with it a return to the pocket watch, a time-keeping tradition dating back to the birth of standardized times in US and Canada’s railroads. Shinola Runwell Collection has two pocket watches.

Shinola has a surprising number of watches for women, many of which have round and cushion cases as well. Much like the men’s watches, there are a number of traditional and trending color combinations along with fashion-forward touches such as single, double and triple wrap leather straps with the Gomelsky, Runwell and Birdy watch collections. The company’s watches also have the usual hour, minute and second-hand watches along with day, day and date and chronograph features.

But what appeals to many timepiece aficionados about Shinola watches are the classic designs, and that the watch is hand-built in the US. It may not be a pedigree watch, but for those that appreciate watches, many enjoy the cache of owning a timepiece made in the US. Movement parts are made in Switzerland, but assembled in the US. And, all Shinola watches have an individual serial number.