The American Gem Trade Association is celebrating its 40th “ruby” anniversary at its GemFair in Tucson, Arizona Jan. 31 to Feb. 5, 2023. Conceived in 1981, the AGTA is recognized in the jewelry trade as the authoritative source for the natural colored gemstone, pearl and cultured pearl industries, with close to 1,000 members in the United States and Canada.

The group’s mission from the start has been to raise the standards and profile of gem dealers. For four decades, AGTA members have shown what credible business dealings in loose stones and finished gem and pearl jewelry look like, setting an example for peers to strive for stateside and globally. AGTA members have helped to drive important discoveries and decisions on nomenclature, procedures, trade practices, government policies, and more.

As AGTA looks back on 40 years of its flagship Tucson gem show, it has its sights focused on the future and the continued growth of the organization, with an emphasis on expanding its audience and retail membership, and raising consumer awareness about AGTA.

AGTA recently named John W. Ford, Sr. as its new CEO. Ford transitioned from his role as AGTA Treasurer and elected Board Member to CEO on August 2, 2022. Ford is no stranger to AGTA or the gem trade, for which he has worked nearly four decades. Owner of The Lightning Ridge Collection by John Ford for the past 16 years, a business he left to focus on his new role, Ford is a longtime AGTA member both as a wholesale Firm Member and as past Retail Affiliate Member.

“I’ve spent 39 years as a colored gemstone dealer,” Ford shares. “I can relate to retail jewelers as much as I can to dealers. I understand both businesses. I have worn all those different hats, and that gives me insight into how to better interact with AGTA members. I know how to set up a booth, I know what’s it’s like to make money, or not! AGTA needs to be a viable source for customers and not just a sticker on a door. Consumers need to know what AGTA stands for!”

Ford underscores that chain of custody is “inevitable” for the gem trade and AGTA will be looking at the issues and continue addressing them in a proactive manner as it has been doing now for over four decades. AGTA will continue to be the industry leader in ethics in the gemstone industry.

The Association intends to solidify as a corporate entity. “AGTA wants to be a good corporate steward, investing funds wisely to better promote its members and the gemstone jewelry industry,” Ford explains.

AGTA is well known in the trade for maintaining the highest ethical standards – with its two most significant contributions the creation of its Code of Ethics, an important reference guide for reputable businesses and one of the first of its kind introduced in the industry; and its Gemstone Information Manual, which provides enhancement codes and a key of disclosure terms for transparency in sales.

But Ford believes the organization can do a better job of telling the public who it is and what it stands for, and that the Association is a natural fit for the consumer to shop for ethically sourced and properly disclosed colored gemstones and jewelry from its retail affiliate members.

AGTA wants to build its brand identity worldwide. “The Association is trying to create an ecosystem that benefits consumers who shop at AGTA retailers who buy from AGTA firm member dealers or affiliate members and designers,” explains Ford, through advertising in non-trade magazines, with influencers, and YouTube videos that demonstrate the advantage of buying AGTA member-sourced gems. “AGTA is filling a need in the consumer market so collectors can shop with the confidence to make educated purchase decisions.”

The Association intends to offer a one-year membership opportunity at the 2023 Tucson show. But most importantly, Ford says, AGTA intends to educate consumers to ask for member-sourced gems to drive home the value of being a retail member.

The founding of AGTA in 1981, with the first GemFair Tucson in 1982, began with a group of gem dealers who wanted to give themselves a collective voice in the colored stone industry. From the onset, it was important for the group to attract like-minded dealers interested in making ethics, transparency, responsibly sourced gemstones, and clear enhancement disclosures top priorities to protect the industry and consumer buyers. 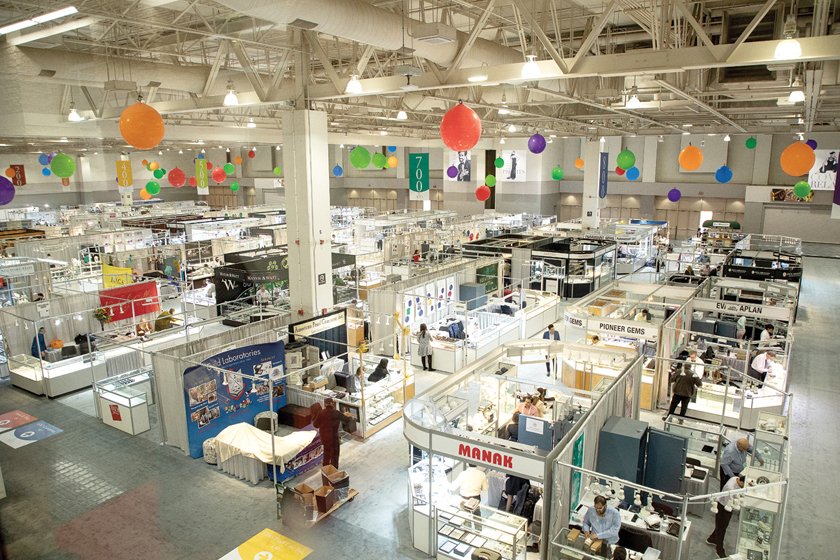 A year after AGTA officially formed as a 501(c)(6) entity, it debuted the AGTA GemFair Tucson at the DoubleTree Hotel Tucson Reid Park with 80 exhibitors. In less than a decade, the fair out grew its space there and with news of a new convention center being built, the Association engaged in years of negotiations with the city of Tucson and the Tucson Gem and Mineral Society until it received in 1991 a long-term contract with the Tucson Convention Center.

Since then, GemFair Tucson brings together more than 300 exhibitors and 8,000 buyers for six days of business, networking, and educational opportunities, missing only 2021 due to COVID. Ford expects business at GemFair Tucson 2023 to be brisk, as AGTA’s hotel block sold out faster than ever. “We’re seeing an extreme amount of interest in the show and are looking forward to a prosperous event for exhibitors and easy-to-shop experience for attendees.” 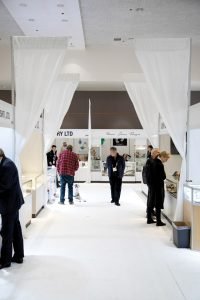 In addition to its premier gem trade event, AGTA also developed its Las Vegas Gem and Jewelry Show, in tandem with JCK Las Vegas, and added to its line-up last year, The Hard Rock Summit in Denver.

Ford wants to promote AGTA to a larger audience. “There’s an entire next generation of jewelry purveyor that includes galleries, high-end clothing boutiques that sell fine jewelry, e-tailers, private jewelers, and more,” he explains. “These colored stone sellers are already shopping at our shows, but AGTA wants to show them that we are more than a show – AGTA is a philosophy on colored gemstones. There’s a whole new market out there that doesn’t know who AGTA is, and we look forward to getting to know them.”

The growth and success of GemFair Tucson helped the AGTA to deliver important services to its members, but also better manage the task of marketing colored gemstones.

“Winning a Spectrum or Cutting Edge Award™ is life changing – I’ve won 10, so I know firsthand,” Ford shares, noting that the recognition promoted him from a regional jeweler to a national brand. “Today, the awards are seen as the most important jewelry design competition in the U.S. fine-jewelry realm.” 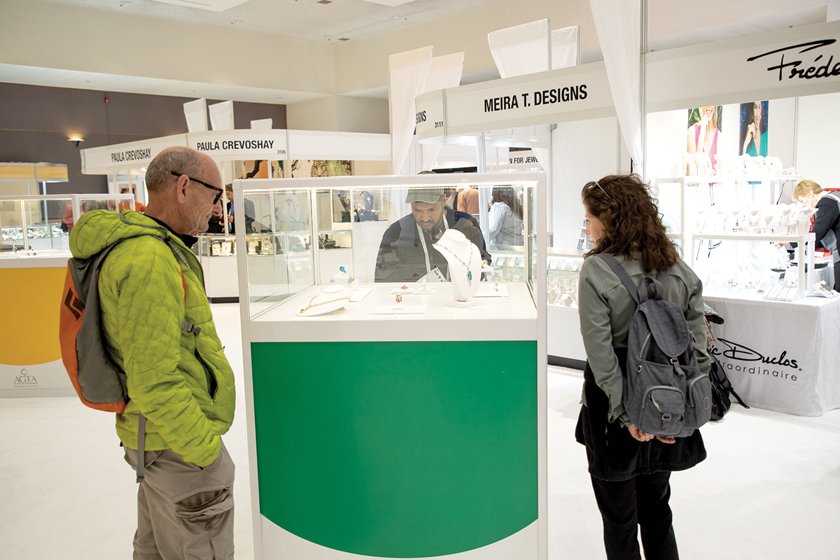 This year’s competition saw a nearly 10% increase in entries than the previous year, and a greater number of first-time multi-award winners. Many of the winning pieces will be on display at GemFair Tucson 2023, and award winners will be recognized at a gala Feb. 4.

AGTA wants the industry to know the benefits of this initiative. The group is actively trying to give Spectrum & Cutting Edge winners a bigger platform that will create more demand, Ford says. “AGTA is accomplishing this through broader outreach outside the trade in select media markets. AGTA wants retailers to have more exposure to all the beautiful items entered in the Awards. Beautiful colored gemstones and jewelry helps fuel demand among consumers.”

Deborah Yonick has been writing about jewelry and the business of selling it for many of the leading trade journals for 30 years. She began her career in the industry as editor-in-chief of Colored Stone Magazine and senior editor for National Jeweler, before becoming an independent writer in 1996. Her byline has appeared in Condé Nast Traveler and Penthouse, and several Pennsylvania newspapers, as well. She also develops and manages content for a variety of companies and organizations in the jewelry trade.