Sherry Frantz began her retail jewelry business years ago when she rented some space in a boutique. Her fledgling business was directed toward women shoppers and self purchase. So when, years later, she got a call from a local hospital with a request involving women and their health, Sherry listened. The hospital had been approached by an oncology nurse who wondered if they could attract and entice more women to get an annual mammogram with the promise of a pearl. The nurse was familiar with programs offered by jewelers to sell one pearl at a time to grow to a bracelet or necklace. Would women respond to a free pearl every year? 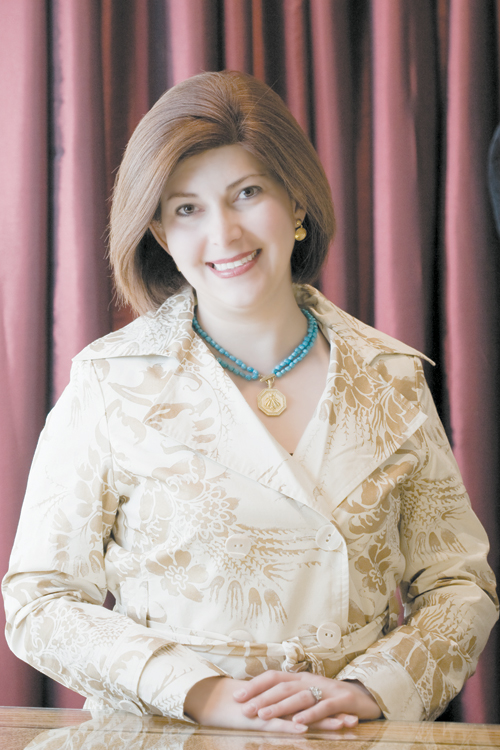 Started just one year ago, Pearls of Hope is already a hit at the Carilion Clinic in . The program, born out of a hospital system wanting to promote their mammography services, has already touched many people.

“When I fist contacted Sherry at The Gem Gallery, I had no idea it would grow so fast,” says Hayden Barnes, senior marketing advisor in charge of strategic development at Carilion. “Sherry and I agreed she would order 10,000 pearls, and she offered to sell them to us at cost to get us started.”  Hayden and her team planned to give one pearl to each woman after getting an annual mammogram at the non-profit hospital’s many local mammography locations. An ad was created and word started to get out.

Sherry did not sell the first order at cost, but instead The Gem Gallery underwrote the cost of the pearls. “My sister-in-law is a breast cancer survivor and recently I lost another family member to breast cancer, so the cause is near and dear to me,” says Frantz who had contacted pearl supplier Tracy Pearl’s owner Rebecca Shemwell about the order. “Rebecca jumped on board immediately and offered to get the first order at a special price.” The 10,000 5mm fresh water pearls were ordered in bags of 100 and delivered to the Gem Gallery who in turn delivered them to the hospital.

Barnes dispersed the bags of 100 to the various mammography sites where the staff bags each pearl in an organza bag imprinted with the hospital’s logo along with a pillow of tulle netting and a card. The card is a reminder of the date to call for the next year’s appointment to be noted when the Pearl of Hope is presented to the patient. When the new year started, Carilion was running low on pearls and ordered another 20,000 pearls from Tracy Pearls. 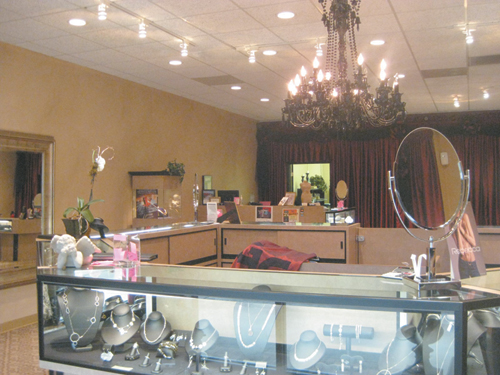 An interior shot of The Gem Gallery in Roanoke, Virginia.

This fall returning patients will receive their second pearl and Carilion hopes a tradition will begin. “We hope that our pearl gift will encourage women to come back to us to get an annual screening every year,” says Barnes.

Tracy Pearl’s Shemwell couldn’t help but wonder what they were doing with all these pearls. “I guess when you only think about your own single mammogram a year, you can’t imagine the thousands of exams done at multiple locations adding up so quickly.” What is really wonderful is that Tracy Pearls has just received a third order from the Gem Gallery for a year’s worth of pearls: 40,000! That is a lot of mammograms! Frantz and Shemwell both take great pride in being involved in such a worthwhile cause for women.

The Gem Gallery today is a much different business than when Frantz started with the space in a boutique 15 years ago. “I did not set out to be a jeweler, but working in first a J E Caldwell store and then for an independent jeweler while going to college gave me the bug.”

After graduating from Virginia Tech in , with an electrical engineering degree, she worked in her field for one year and then quit to work in a store in for a year before starting her business. While she knew she loved jewelry and the business of selling it, she knew nothing about running a business. With $13,000 to buy showcases, a safe and inventory, she worked 6 days a week for three years. She started out going to the JA New York Jewelry Show and “scoured every booth and bought single pieces based on the design’s merit, spending maybe $3000 on a trip.” The hotel she stayed at in was so tiny, “I could not open my suit case on the floor between the bed and the door.”

“I couldn’t afford to make mistakes in the beginning, but I did!” 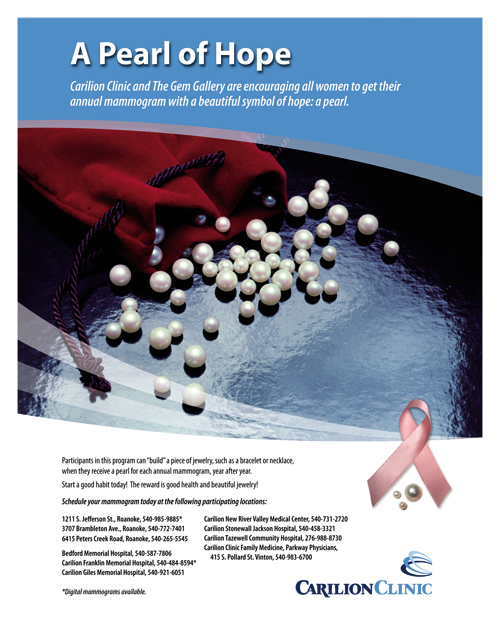 The Gem Gallery’s Pearls of Hope program entices women to get an annual mammogram with the offer of a free pearl.

After a year and a half in the boutique, Frantz moved to an office location and then her own space in a shopping center and stayed there for eight years. She has been in her current location for five years. Today The Gem Gallery carries a wide assortment of jewelry and has a full time jeweler, a full time watch maker and a staff of 5 part timers. Frantz has a 3 1/2 year old daughter, so she is trying to work part time six days a week.

One of the best things she thinks she has recently done was to hire a twenty something year old woman who lacked jewelry skills, but makes up for it in on line social networking skills. The store now has a Facebook page and is using Constant Contact and Twitter to reach out to new customers while staying in touch with the existing ones. Frantz feels like this is directing her business into a new era and has seen positive results.

The store is holding their first ever Ladies Night this fall and plans to network with a local plastic surgeon that advertises extensively to the female market. “We are starting to do business a new way and it is very exciting to see results and new sales patterns.”

Something tells us Sherry Frantz is an open minded business woman who is not afraid to try something new.