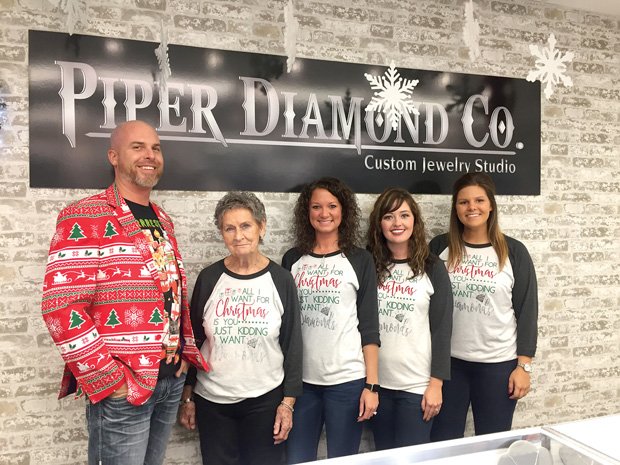 In 1997, Travis Piper went off to college with an aviation scholarship to become a pilot. Within a year, he changed course after working in a jewelry store. Twenty years later, what began as a part-time college job has become a lifelong career path as a custom jeweler and retail jewelry store-owner. After opening his first jewelry store in 2012, then expanding to a new store in August 2016, Travis is officially running a $1 million business at the close of 2017.

While working at Jewel Craft Jewelers in 1998, Travis recalls watching the bench jeweler size a ring for the very first time. “That was the day that changed my life,” says Travis.

He knew from that point on being a jeweler was his career path. In the years that followed, Travis gained experience working retail jewelry sales along with working at a pawnshop in Carlsbad, California while attending GIA to earn his Graduate Gemologist certificate in 2001. 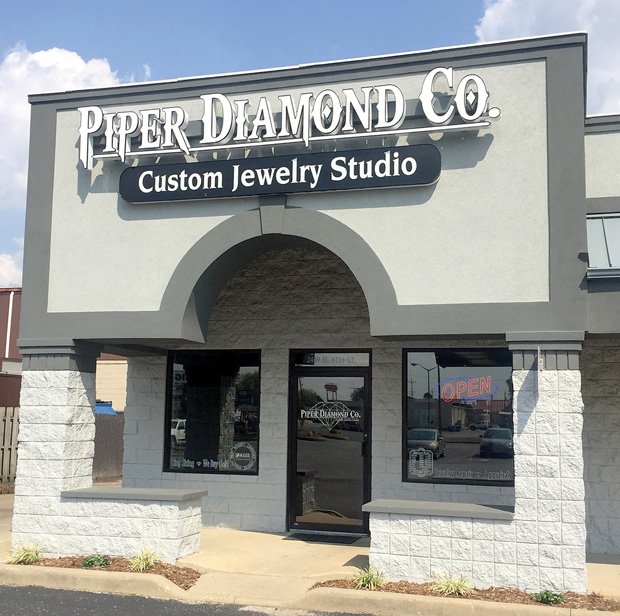 Travis was blessed with good timing as he found out about a store that was going out of business. Setting out to buy their safe, he also discovered the owner was anxious to liquidate pretty much anything that wasn’t nailed down. In addition to a TL-30 safe, Travis purchased 18 display cases and a jeweler’s bench. After a little edgy urban refurbishing, and a lot of help from family and friends for the build out, Travis opened his first store on May 7, 2012 – without a bank loan.

Those were lean years, but Travis learned a lot by being forced to use low-cost or free methods of promoting his store. “In the first few months I literally made thousands of phone calls, calling anyone in my personal and professional networks,” says Travis. “I asked them to come to the store for free jewelry cleaning and to like us on Facebook. I did whatever I could to get some traction in sales and marketing. I even shamelessly handed out printed flyers at local parades.”

Eventually the effort paid off. Business trickled in and then snowballed. By fall 2013, Travis was ready to begin investing more money back into his business. Travis broke his own cardinal rule of getting a loan and purchased a LaserStar iWeld. That same year he went from low-tech handwritten receipts to The Edge retail management software.

With the custom jewelry work infrastructure established, and the operations managed with the latest tech, Travis invested in more inventory to better position his store as a bridal destination. Years later, during a pre-Christmas Ladies’ Night event in December 2015, a capacity crowd that extended into his gravel parking lot clearly demonstrated to Travis what his business intuitions had been telling him for over a year. It was time to move into a larger space.

Travis needed to relocate to a “legit” commercial property, but one with affordable rent – two qualities not often uttered in the same sentence. Travis eventually set his sights on the old Knox Plaza, a strip mall that had its heydays about 20 years ago and was once home to a regional jewelry store. A nearly empty plaza, Travis had a gut feeling that if his jewelry store could open in this location that other businesses could revitalize the strip mall that only had 20 percent occupancy. 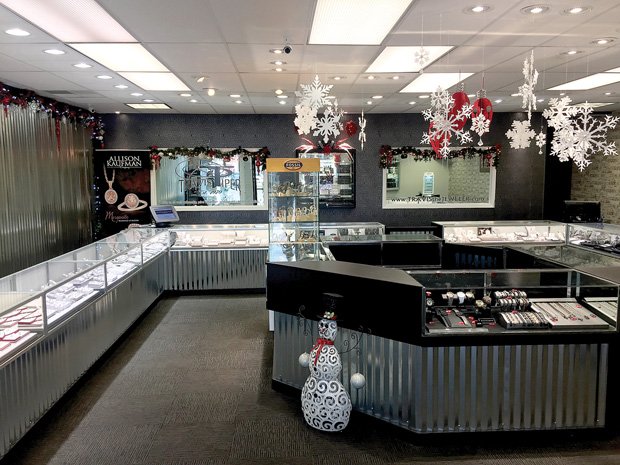 After months of stalled negotiations with the New York-based owners, Travis finally caught a break when a chance meeting put him in contact with the new strip mall owner, Eric, who was an old real estate acquaintance. But there were still a few obstacles to overcome, most of them financial. The plaza had been neglected for many years and was in need of aesthetic updates and upgrades, but the essential electrical, plumbing and structural elements were all sound.

Travis’ friend Eric invested all of his capital to purchase the strip mall leaving him little, if any resources available to contract this work out. Not surprising there was no money to do the build out of Travis’ soon-to-be new jewelry store. And, Travis couldn’t afford to pay rent in two retail spaces at one time.

The two friends came to an agreement. Travis would finance his own build out, help with mall updates and upgrades in exchange for six rent-free months. On April 1, 2016, Travis was given the keys to his new store. For the next six months, he would work between his two jewelry stores. As if his life wasn’t busy enough, Travis was also working as a realtor and auctioneer.

Once again, with the help of family and friends, the build out work was completed on time. Travis and his staff opened their doors in August 2016. Doubling his space to 1,500 square feet, Travis changed the logistics of his store with two full-time staff and two part-time college-aged staff, who juggle sales, social media management and bookkeeping.

The move wasn’t just about changes to the physical retail space, but also a change in mentality. With the store growing, Travis knew he had to focus on the store 100 percent, hang up his realtor hat, and give up auctioneering. Other changes included relying more on his staff to handle more of the day-to-day sales, leaving Travis more time to focus on growing the business.

Part of this effort would come from joining the Independent Jewelers Organization (IJO). Travis knew he needed to learn more about store management from industry leaders and networking with other jewelry store-owners.

Reducing the number of hours at the bench was another management goal. After an IJO event, Travis established a working relationship with Matthew Roth from Overnight Mountings. Ordering more finished and special order bridal jewelry from the jewelry manufacturer, the trade show meeting has become a profitable relationship for both parties, freeing up more valuable time for Travis to work on his business, not in it.

In looking ahead at 2018, Travis is abundantly confident he and his staff will go above and beyond $1 million in sales. To continue his focus on being a bridal destination store (which is currently 50 percent of his business) this year Travis will go on a diamond-buying trip to Antwerp with IJO, “and market the heck out of it,” says Travis.