The first batch of gold scrap was refined by the Aqua-Regia process in April 1988 using large Pyrex crocks on hot plates to dissolve the gold scrap and sulfur dioxide gas as a reducer. The first month’s production was approximately 2,500 T/oz of fine gold. As business increased, their output kept increasing and within three years, they had outgrown their existing equipment. 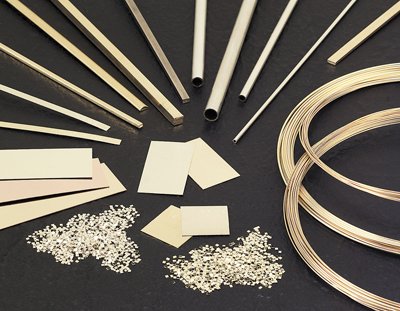 In early 1992, the new refinery was installed and online. From that year onward, United reports their output of fine gold has increased yearly causing them to add additional reactors and increase the number of refining batches done each day. They added a higher capacity fume scrubber system in 2003 to handle the increased number of daily refining batches.

In 2009 United increased their gold capacity to 4,000 T/oz per day, per shift (1 million T/oz per shift per year). In order to achieve this, the refinery facility was expanded yet again and the waste treatment plant was moved to a separate area, making way for larger reactors and a large fume scrubber in the gold refinery. A large addition was built at the rear of the refinery to house the new waste treatment system bringing United’s facility to just over 45,000 sq. ft.

In 2014 and through the beginning of 2015, United expanded once again adding on an additional 11,000 sq. ft. to the building, upgrading their equipment and security installations, and building a new laboratory for the assay department to support the increased demand.

With this growth, United has also taken on additional personnel to manage the influx of new business. “A company’s development is due largely to the efforts and hard work of its greatest assets, its employees,” states Vincent Guadagna, President of United. “While other refineries have had to lay off people, we’ve grown our workforce.” United’s original team of 20 has grown to just over 80 full-time employees at their factory in Alden, New York. They’ve also added on international sales teams which oversees operations in Asia, Canada, the Caribbean, Europe, Latin America, and Mexico, as well as a large number of distributors all over the world.

Many of United’s customers have been with them since their formation in 1988 – a testament to the standard of quality products, services and customer service United delivers. “Jewel-Craft Inc. has been in business since 1947 servicing jewelers throughout the country. For around 25 years we have worked with United PMR for refining, alloys, wire and solders,” said Benet Wesdorp, President & COO of the Erlanger, KY-based company. “They are consistent with their products and someone is always available to help with troubleshooting a casting problem. The entire staff is great. Over the years we have run tests with 55 gallon drums of polishing sweeps and we will continue to stay with United.” 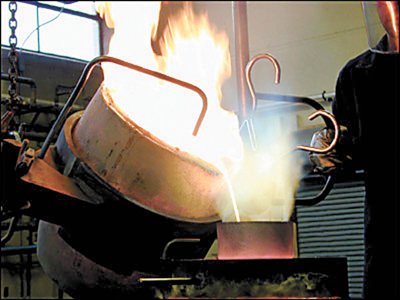 United’s business model hasn’t changed much. They still offer pick up service with United employees personally picking up larger refining lots. Referred to by many of their customers as “road warriors” this team of sales professionals crisscross the country visiting customers, cleaning out sink traps and collecting larger sweeps and blower dust lots to bring back to United. “Our face-to-face dealings with our customers help build and maintain relationships which go a long way in this business,” says David Siminski, Regional Sales Manager for United. This service is available throughout the United States and in parts of Canada.

As a primary refiner of precious metals and global supplier of metals for the jewelry manufacturing industry, today United services more than 22,000 customers around the world. “I have had the pleasure of dealing with UPMR since 2003. We have always received top notch service, very quick turnaround times on settlements, and exceptional responses to our sometimes unusual requests. The entire team is very professional and quick to help us out when we need it,” says Phil Iovino, Operations Manager for Pawn Max in Florida. Their financial strength, industry expertise, superior quality and laser like focus on customer service are just a few of the reasons why United is considered by many to be among the strongest precious metals refineries in the country.

United’s environmental commitment is also exemplary. United refuses to process any material from the mining industry or electrical components that may contain harmful elements. Their commitment to their jewelry-based customers and the end-user is one of the reasons they pioneered the Cadmium-Free movement, removing cadmium from their solders, and they were among the first to introduce nickel-free and nickel-safe alloys. United has also been awarded certifications by SCS-Global Services for their green facility as well as their fine gold and fine silver being from 100% recycled content.

United’s extensive catalog of products includes ready to use karated grain in gold, silver, platinum and palladium as well as their patented premium silver products, master alloys for casting and fabrication, cadmium-free solders, sizing stock, wire, sheet and tubing. They also offer a variety of bullion products including their Comex Good Delivery Gold Bars, United’s 1 T/oz and ½ T/oz Gold Bars and a variety of coins including American Eagles, Canadian Maple Leafs and more.

United also offers a technical support hotline for their product customers. A team of metallurgists and industry professionals field calls from customers all over the globe. “It can be anything from soup to nuts,” says Jim “Doc” Siversten, Metallurgist for United. “Customers call in with questions ranging from casting temperatures, quench and cooling times, color matching, as well as seeking solutions to problems that may occur when processing metals, like cracking or discoloration.” 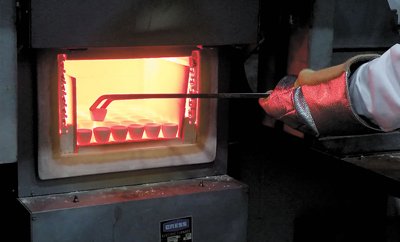 United’s management team travels the world speaking at conferences and offering technical support. Most recently, Ajit Menon, Director of Technology for United, was a featured guest at the Santa Fe Symposium. “Being socially responsible includes educating the consumer on the benefits of using responsibly sourced metals and ensuring our formulations are current and relevant to the industry’s ever-shifting needs,” says Menon.

In the end, “our primary objective has always been to provide superior quality products and services for all our customers and treat them with the utmost level of care they deserve,” said Guadagna. With an eye to the future, United Precious Metals Refining stands poised to reach their goal to be the largest supplier of metals for the trade and a symbol of the strength and stability of the jewelry industry.

Protected: The secret to getting more clicks

South Florida jeweler enjoying the ‘best of both worlds,’ combining manufacturing and retail

Retailer Roundtable – Q: What safety procedures are you taking at your store and how have your customers responded?

GIA’s Knowledge Session captures the importance of sustainability and ethics

NRF expects holiday sales will grow between 3.6 and 5.2 percent

Jewelers aid in $4,571 donation to Jewelers for Children

Furry Friends on the Job: Say hello to Remy of Kristen Baird Jewelry

The Story Behind the Stone: Too precious to carry