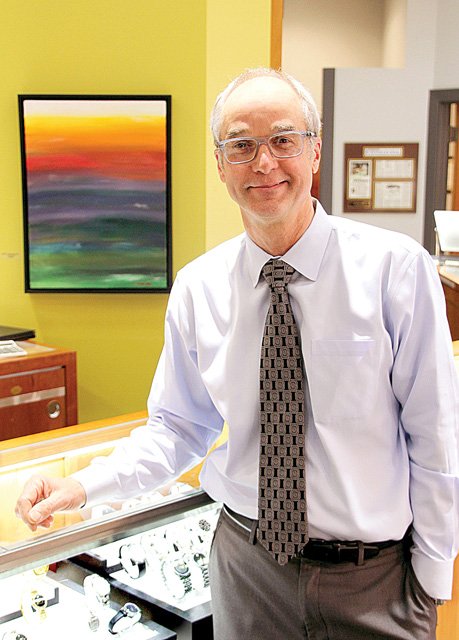 The name of a jewelry store says a lot about the business, in both the literal and figurative sense. When Sig Asher opened Windsor Jewelry in 1919, the product portion of the store designation was apparent, but the Windsor portion was associated with royalty. As Windsor Jewelry celebrates its centennial anniversary in business this year, the time-honored jewelry store has become the king of downtown Indianapolis, known for its customer service, fine jewelry and skilled staff.

Hitting the big 1-0-0 is huge for family businesses, especially in the gem and jewelry industry with its main commodities (precious metals and gemstones) under constant stresses from external forces way beyond a US small town or big city. Closer to home, the controllable factors that are the real key to a multigenerational family business success is the willingness to keep things going.

Fortunately for Sig, his daughter married Herman Logan, the critical link in Windsor Jewelry’s rich and lengthy business history. “Sig operated the store for many years under his founding principles,” says store owner Greg Bires. “It’s lucky for us that Sig’s son-in-law Herman joined the family business in 1947. Sig passed away during Herman’s second year at the store.” 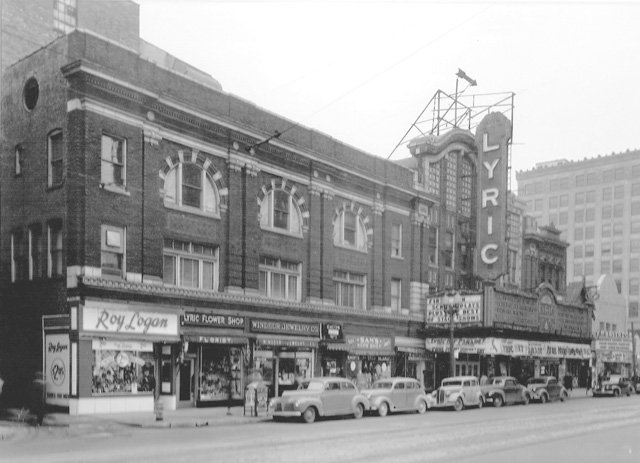 Although Herman and Sig had a short-lived business relationship, they were together long enough for the son-in-law to learn the family history that led to the creation of Windsor Jewelry. Sig’s parents owned a jewelry store in Ohio.

Growing up in the family business, Sig’s parents instilled a strong passion for customer service, which became an integral part of his jewelry store’s business model. With a 4.9-star
rating on the store’s Google reviews, Windsor’s commitment to superlative customer service has travelled down the decades. 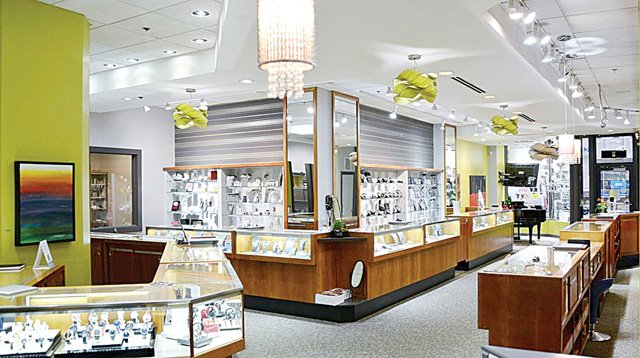 But Herman was more than just the next person in line of an early succession plan. Perhaps it was the untimely passing of the store’s founder that seeded a sense of urgency to always have a plan of continuity to the family business. That’s why in 1988, Herman took on two business partners, Greg (the current store owner) and Bill Rostister. 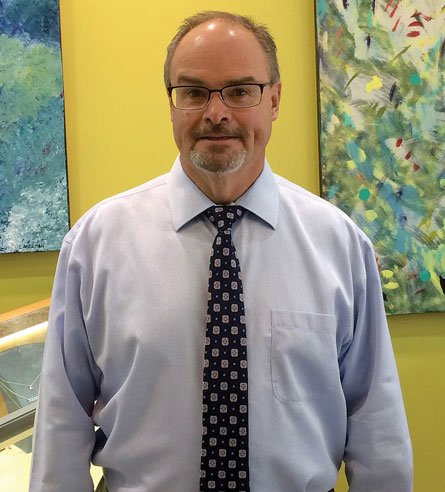 Kevin Watson (started in 2016): “I’ve learned more from Greg in 3 years than I’ve learned in my previous 27 years.”“Throughout his 48 years in working in the family business, Herman saw 26 jewelry stores go out of business in the area because of succession planning, and other jewelry stores moving out to the growing suburbs,” says Greg. “Given what happened in this family business so shortly after he started working in it, and what he saw around him with local jewelry stores, succession planning became vital to Herman.”

By design or by coincidence, impactful events seem to fall on or near milestone periods in businesses with long histories. Windsor Jewelry’s move in 1971 was no exception. “Had it been up to us, we would have remained in our retail space in the Lyric Theatre block,” says Greg. “But developers secured the rights to build high rises, so we were forced to move in 1971. It was only a 200-yard move, but we didn’t have any choice.”

The 1970s move represented more than just a new retail space. It was a transitional opportunity for the store to offer more in terms of products and services. The relocation also helped situate the store a little closer to the well-known streets that lead up to downtown Indy’s Soldiers and Sailors Monument. Completed in May of 1902, the 285-foot high monument is a defining feature for Indy’s thriving downtown. 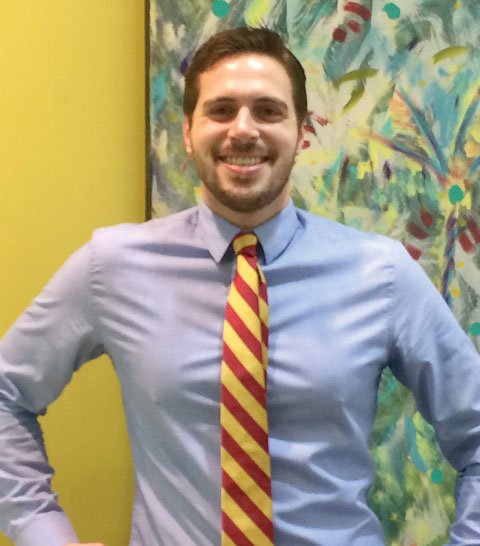 Clayton Fleener (started in 2019): “Working at Windsor Jewelry has been one of the best aspects of my life thus far. Everyone at Windsor bent over backwards to welcome me to the Windsor family. This is an extremely positive place to work and I am excited to learn from the best in the business and the rest of the Windsor team!”The monument’s centralized position in the downtown area, and the four main streets that lead to Monument Circle, have created a wheel and spoke configuration. Since the 1971 store move, Windsor is closer to the “south spoke” of the wheel. “When people ask, we just say we’re on the south spoke of downtown,” says Greg. “Everyone knows what that means.”

Being in downtown Indy for 100 years, Windsor is also a fixture in the city’s urban landscape. But, as many retail business owners will attest, the 1980s was the decade of the downtown exodus to the suburbs. “Those were tough times,” says Greg. “But in the 1990s, there were downtown revitalization projects that helped bring things back.”

Weathering the 1980s exodus has proven to be another longevity factor for Windsor Jewelry. Like most astute jewelry store owners, Greg turned adversity into opportunity by making tweaks to his business model. And, while Indianapolis was bringing in businesses of many shapes, sizes and stripes into the downtown district, the Baby Boomers that left downtown returned and with them the coveted Millennials.

Jeremy Devocelle (started in 2015): “I love the family vibe! I’ve been in the industry for 26 years and love the relationships I have made! My one regret is that I didn’t have the opportunity to work with Greg sooner.”Joining the downtown skyline and neon lights are businesses with national and international cache, leading with Rolls Royce, large-engine producer Cummins and, of course, Salesforce Tower. Equally important are a number of vibrant start-ups and IT companies that have brought in much-needed stimulus to the local and state economies, and with them large numbers of new employees – many of them young professionals that enjoy living in downtown areas.

“The downtown population is an interesting mix of retirement-age people and young professionals that can afford condos selling for $300,000 to $400,000,” says Greg. “These are the customers we want.”

Greg, however, knows the challenges of selling jewelry to younger customers that are one-and-done with major jewelry purchases and older folks that are downsizing. “For younger folks they’ll come to the point where they’ll make larger jewelry purchases again, but for now it’s more about carrying more casual jewelry for them. For retirees, it’s all about variety of products in-store and services.” 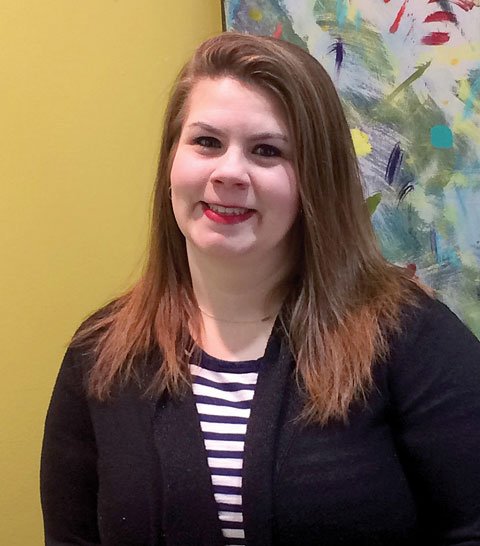 Tiffany Eubank (started in 2014): “This is a phenomenal environment to work in. It is a fun and collaborative environment and a place that I look forward to working at each day!”Even with the location and timing working in Greg’s favor, the next 100 years at Windsor Jewelry still comes down to the two key factors that got the jewelry store started and kept it going for a century – quality customer service and good succession planning. Much like Herman’s family back in the day, Greg’s children have zero interest in being the next generation of jewelers. But Greg’s not worried.