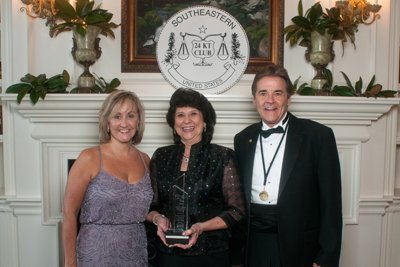 (ATLANTA) – The 24 Karat Club Southeastern United States (SEUS) hosted its 41st annual black-tie Banquet at the Atlanta Country Club on August 8th. The elite event was well attended with approximately 200 leaders of the jewelry industry and their guests enjoying an evening of networking and recognition.

The evening began with the 24 Karat Club President’s Reception attended by Club officers and directors, new members and the evening’s honorees. All members and guests then enjoyed cocktails and hors d’oeuvres at a pre-dinner cocktail party, followed by dinner and the awards ceremony and dancing into the night to the sounds of Band X.

Mary Hayes of Hayes Jewelers in Mobile, Alabama was awarded with the 24K Club’s prestigious Jeweler of the Year Award for 2015. Mary has been in the jewelry industry for 50 years. She founded Hayes Jewelers in 1982 and built a free standing building in 1998. 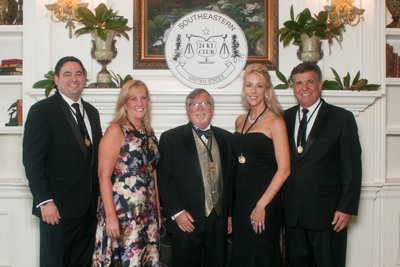 She received a degree from the Gemological Institute of America in 1978 and became a Jewelers of America Certified Senior Sales Professional in 2001. Mary has a deep passion for the jewelry industry. She is a tireless advocate for bringing the younger generation into the industry. She has served on the Bishop State College School for Jewelry and Watch Repair Board of Directors for well over 30 years. She has employed over a dozen graduates and helped countless others find jobs in the industry. Her youth outreach also includes speaking to elementary school children about diamonds and gemstones. Mary also dedicates her time and boundless energy to several other civic and professional organizations including the Alabama Jewelers Association. 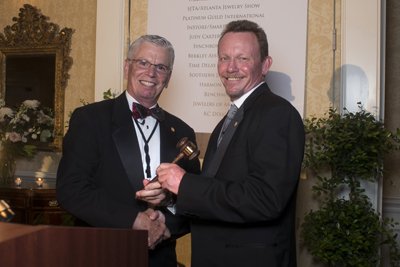 The Club’s scholarship recipients were also announced during the event. Recipients included:

The 24 Karat Club Southeastern United States is a prestigious organization of industry professionals representing leading members from the jewelry supplier sector. Members are considered and recognized because of their industry accomplishments, personal and civic contributions and their commitment to the betterment of the jewelry industry. The organization’s mission is to offer scholarships to deserving individuals and to recognize a “Retail Jeweler of the Year” at the annual black-tie event.