(RAMAT GAN, Israel) – At the invitation of the Israel Diamond Exchange (IDE), Continental Buying Group (CBG) took its first buying mission to the Israeli bourse. CBG is an independent jewelry organization representing over 100 of the top independent jewelers in the country.

The 8-member delegation, consisting of leading jewelers from Florida, Alabama, Tennessee and Ohio, was led by Andie Weinman, CBG’s founder and CEO and Joe Murphy, COO. In order to give the buyers exposure to as many Israeli diamond suppliers as possible, their visit was timed to coincide with the Blue & White Fair, a marketplace for Israeli diamond suppliers and buyers on the bourse’s trading floor. 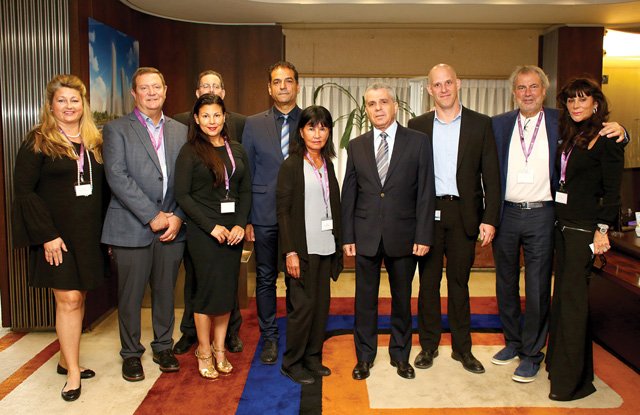 Andie Weinman said that she hoped that this buying mission would be the first of many in Israel. “We visited the Israel Diamond Exchange earlier this year for the International Diamond Week in February and we were very impressed. We decided then that we would organize a pilot buying visit… Our hope is to hold buying missions to Israel twice a year, in October and March.”

IDE President Yoram Dvash said that he was thrilled by the connection with CBG. “This is one of the most important and influential organizations in the U.S. jewelry market. It provides us with direct access to large independent jewelers, a largely untapped market for Israeli diamond companies. We will do all we can to ensure that the cooperation continues,” he said.

GIA educational programs to be presented in Tucson