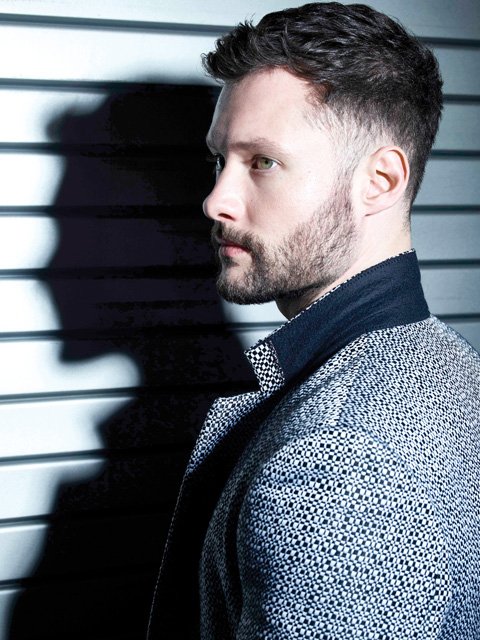 Dessert, themed drinks and entertainment will be provided and participants will be able to sign special Hallmark cards that will be delivered to children in need through JFC’s charity partners.

“The Facets of Hope after-party has grown every year and Hallmark Jewelry is proud to be the continuing sponsor of the event,” said Katy Briggs, Sr. Licensing Manager for Hallmark Global Brand Licensing. “It’s a great opportunity for us to reinforce the Hallmark Jewelry brand and educate the attendees about our involvement with JFC.”

Bulova will sponsor a special appearance by artist and songwriter Calum Scott, whose debut album, Only Human hit #1 on iTunes in over 20 countries. Tracks from the album, out now on Capitol Records, have over 1 billion combined streams and his new single, “You Are The Reason” is certified Gold. Scott was nominated for a Brit Award for Best Single, for his poignant version of Robyn’s “Dancing On My Own” which is now Platinum in five countries. Bulova works with Scott through their collaboration with Universal Music Group for their Tune of Time project. Tune of Time is a short-form videos series focusing on a selection of some of today’s most promising emerging artists, exploring how they spend their time creating, performing and following their music dreams.

“Calum is a true talent that Bulova is proud to work with,” said Jeffrey Cohen, Bulova President. “Making him available for an appearance at the Facets of Hope after-party will be an honor us and a real highlight of the evening.”

The after-party is open to all attendees at the Facets of Hope. Those unavailable for the dinner can purchase tickets to the after-party only for $150. Contact JFC at www.jewelersforchildren.org or 212-687-2949 for details.

For 20 years Jewelers for Children has had the mission of raising funds from members of the jewelry industry to support programs benefiting children whose lives have been affected by illness, abuse or neglect. Since inception, more than $53 million has been donated to charity partners St. Jude Children’s Research Hospital®, the Elizabeth Glaser Pediatric AIDS Foundation, Make-A-Wish® America, and the National CASA Association.  JFC also provides support to Make-A-Wish® International, and the Santa-America Fund.

Founded by Joseph Bulova in 1875, Bulova remains an iconic brand at the forefront of today’s timepiece industry – forever pursuing a profound history of firsts.

Headquartered in New York City, with eight international offices and distribution in 65 markets, Bulova’s distinguished portfolio includes Bulova, Caravelle, Wittnauer watches, as well as licensed Harley-Davidson Timepieces by Bulova watches, Frank Lloyd Wright Collection watches and clocks, and Bulova Clocks. Today, Bulova is driven by the same principles of craftsmanship, innovation and technology that inspired their founder more than 140 years ago. Committed to advancing the art of watchmaking with extraordinary design, exclusive high-performance technology and enduring quality that upholds a tradition of excellence and meets the needs of today’s global consumer. For more information, visit www.bulova.com.

British singer/songwriter Calum Scott came to fame on the 2015 season of Britain’s Got Talent, but it was not his first attempt to break into the business. Born and brought up in the city of Hull in the northeast of England, Scott was originally a drummer before being encouraged to sing by his sister Jade, herself a talented vocalist, who recognized his ability. In 2013 she sneakily entered him into the Star Search competition run by local paper The Hull Daily Mail, which he won. He then joined a local Maroon 5 tribute band called Maroon 4, before forming the dance-pop duo the Experiment with John McIntyre, another local lad; they released a single, “Girl (You’re Beautiful),” in 2014.

The following year, both Calum and his sister auditioned for Britain’s Got Talent, but Jade was eliminated at the audition stage. Calum auditioned with a stripped-down, piano-led cover of Robyn’s “Dancing on My Own,” impressing judge Simon Cowell so much that he pressed the “golden buzzer” to send Scott straight through to the semifinals; Cowell told Scott that he was the most talented man he had ever seen on the show. With his high, powerful, slightly nasal tenor and boy-next-door good looks, Scott became a fan favorite and swiftly progressed through the show, but was eliminated in the final after a faltering performance that he later put down to nerves.

Despite failing to win, he had developed enough of a following to be able to quit his job as a recruitment consultant at Hull City Council and forge a career as a live act. In March 2016, he released his version of “Dancing on My Own” as his debut solo single. It was used in an episode of popular TV drama The Vampire Diaries, and went on to sell over 600,000 copies. Later that May he announced that he had inked a deal with Capitol Records, and in 2018 released his debut album, Only Human.

GIA educational programs to be presented in Tucson