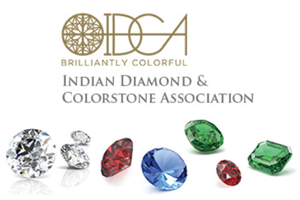 IDCA President, Rajeev Pandya opened the evening saying it was a distinct pleasure to honor the finest from our industry for their exceptional contribution to the jewelry industry. IDCA is a premier industry organization that plays an active and vital role within the industry and with other trade organizations, he added.

IDCA members and their affiliated companies generate over $10 billion in diamond, color stone, and jewelry sales globally, contributing to the success of the jewelry industry in the United States and around the world. It is IDCA’s mission to raise awareness of how their members contribute to this success.

Mr. Pandya congratulated IDCA members on their outstanding achievements over the decades and urged the next generation to support IDCA and other industry organizations, saying a rising tide lifts all boats.

The IDCA awarded Ben Bridge Jewelers, Lisa Bridge, President & CEO, with the Retailer of the Year Award for their outstanding service and commitment to excellence in jewelry retailing. Lisa thanked IDCA and said it is an honor to receive this award on behalf of the entire team of Ben Bridge for their hard work and dedication.  She said she was proud of how they had created, innovated and stayed focused on the customer throughout the years and also gave special thanks to all the vendor partners working with Ben Bridge.

Savji Dholakia, Founder & Chairman, Hari Krishna Exports Pvt. Ltd. was awarded with the Industry Leadership Award. In his heartwarming acceptance speech, which he delivered in Hindi, he said he was blessed and humbled that a simple person from a village in India is receiving this award, in Las Vegas in the midst of the biggest industry event in the US. He acknowledged the tremendous contribution of his team that allowed him to focus on his passion for social endeavors and said there were 5 things which he believed in and followed that allowed him and his company to be where it is today: To be the best at what you do, to believe in yourself, God is always with you, you are always a winner no matter what and today is a new day and forget what has happened in the past.

Sharon Dziesietnik, SVP Operations & Sales accepted the E-Tailer Award for Excellence in Corporate Social Responsibility and Ethical Jewelry Retailing on behalf of Brilliant Earth. In her acceptance she said she was profoundly honored to receive this award and thanked the Brilliant Earth team for their hard work and dedication to their mission and also thanked the IDCA community. She also acknowledged the partnerships that enabled Brilliant Earth to cater to the shopping preferences of tech savvy next generation customers through their digital jewelry platform.

Kushal Sacheti, CEO, Galaxy USA, Inc. received the Lifetime Achievement Award in Education & Philanthropy. In his acceptance speech, Mr. Sacheti said that education can change the future, not just yours but your community. Whatever else you do affects your life today, but education will affect your future. His passion and commitment for education comes from his personal experience of how an idea and a curiosity about something can change your life and lead to great achievements.

Haridas Kotahwala, Founder & President, Royal India USA, Inc., was awarded the Lifetime Achievement Award for Excellence in Community Service. Accepting the award, Mr. Kotahwala said it gave him great pleasure to be in the midst of the honored guests, dignitaries and IDCA members. As a founding member of IDCA he said he accepts the Lifetime Achievement award with due humility, not in appreciation but to inspire the young generation. He strongly believes that community service is our moral obligation to each other. As a past president of IDCA and being involved in many events, he said he must acknowledge the efforts of Mr. Pandya and the IDCA board in organizing this event after the break of the pandemic.

The evening was hosted by comedian/emcee Cash Levy.

To view videos and a photo album of the IDCA Gala, click here.

Learn more about IDCA at idcany.org.