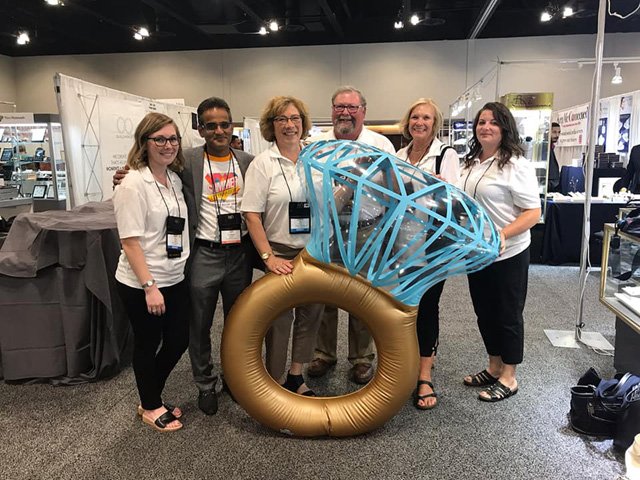 RJO Members joined together to support the RJO Foundation through fundraising efforts. Over $4000 was raised.

“Every year there is much anticipation for our buying shows,” says RJO CEO Sarah Streb. “Each person has a different goal for their buying show experience. Through educational programming, networking opportunities and our incredible partnerships we truly hope we help our attendees meet those goals. The synergy created when our members and vendors come together gives us fuel to continue to raise the bar of excellence in our industry and I think that is what makes RJO so incredible.” 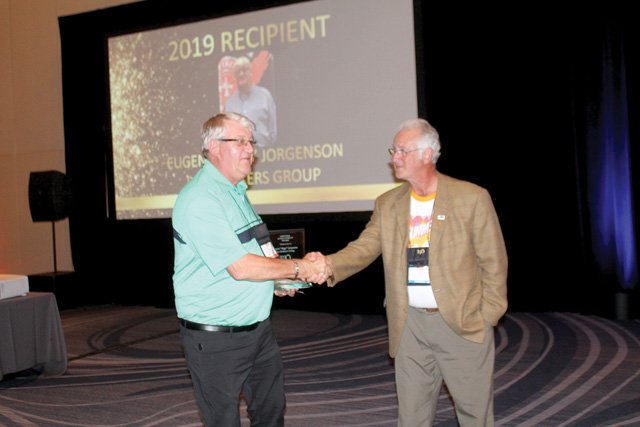 One of the beneficiaries of this synergy was The RJO Foundation. Through fundraising efforts including a bags (cornhole) tournament, chocolate sales, t-shirts and the “Fill Your Bucket” campaign, RJO members raised nearly $4,000 to support the RJO Foundation. “We are thrilled so many members generously gave to an organization that supports industry advancement through education,” says Mike Pribyl, President of the RJO Foundation.

RJO also launched two new exclusive programs to the retail membership. In partnership with IDD, RJO proudly announced the launch of the RJO exclusive diamond, Legacy 81. With 81 facets, Legacy 81 is a distinctive diamond allowing the independent retailer to differentiate themselves in their marketplace.

“We chose RJO for this partnership primarily because of our shared values,” stated Alok Mehta, President of IDD. “Both RJO and IDD work extremely hard to provide assets that will empower retailers to reach maximum success. Additionally, having over 1000 retail members, RJO offered the best platform in the industry to distribute this extraordinary diamond. Having partnered with RJO for over a decade, we know RJO is very much about offering their membership programs tailored for them. They worked hand in hand with us to customize a marketing package that will meet the specific needs of the RJO retailer,” 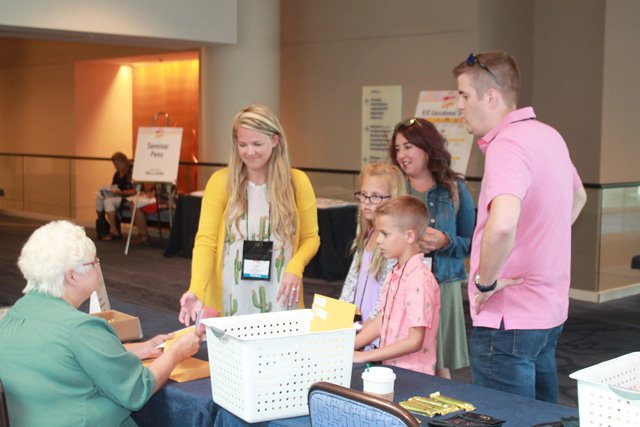 The exclusive RJO platform, Repair.Jewelry, was also launched in Schaumburg. RJO retailers were given exclusive access to a platform created as a direct response to online systems promoting jewelry repair service direct to consumer (DTC). These current systems create a direct and immediate threat to jewelry store owners and platform creator Andrew Boundy, VRB Internet Solutions, wanted to find a way to combat this threat for the independent retailer. In partnership with RJO Vendor of the Year winner in the Service/Specialty Goods category, Jewel-Craft, Inc., Boundy stated: “Repair.Jewery takes the online repair shoppers and points them to their local RJO store instead of an online facility. We promote the advantages of the physical store model, places for repair, quick connections, estimates and more.” The system is free to the consumer and subscription-based for all RJO retail stores.

“These awards are selected and voted on by the retail members themselves. We truly have an incredible group of the industry’s best vendors and are always thrilled to recognize the service and support they provide to our members,” said Streb. A very special RJO Lifetime Achievement Award was also presented to Eugene “Jiggs” Jorgenson, from Box Brokers acknowledging his contributions to RJO and the industry. 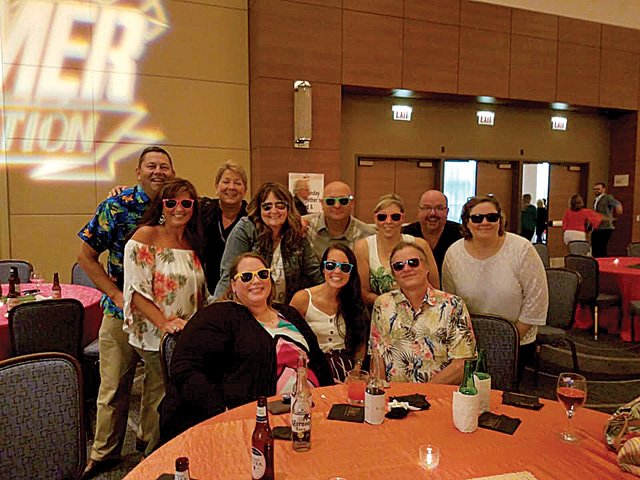 RJO Members kick back and relax at the Sunday Totally Tropical Get-Together.

Buoyed by the success of the 2019 Summer Buying Show, the RJO staff is already working on the 2020 Winter Buying Show in January to take place in Houston, TX. “RJO is continually building momentum, but we aren’t resting on our laurels,” said Streb. “We will continue to listen to the needs of our members, support the partnerships we have created with our vendors and work hard every day to build upon our success.”