“This is going to be an exciting year for the AGTA Spectrum Awards™,” said AGTA President, Kimberly Collins. “These judges are so dynamic and bring together the perfect blend of expertise and talent in their respective fields.  These awards are one of the most important events that AGTA produces each year, and we are so honored to feature this group of gifted industry professionals.” 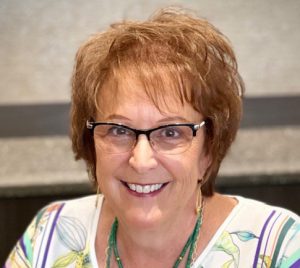 “Every day when I put my key in the lock of my store, I get excited,” says Susan Harrison, owner of Jewelry Emporium. Susan loves the jewelry business. This Colorado native began her career in 1979 as the buyer/manager of the store and purchased it in 1990.

Jewelry Emporium carries a wide variety of award-winning national and international designers, and often hosts them throughout the year to meet with her customers personally. In fact, Jewelry Emporium was awarded one of the JCK Top 50 Designer Retailers.

Susan is affectionately known as “Diamond Sue.” That’s because she regularly makes the trip to Antwerp, Belgium to personally buy diamonds for her base of customers.  As a Master IJO jeweler, she has the privilege of visiting the offices and workshops of Antwerp’s world-renowned diamond cutters and choosing only the best.

This vivacious and energetic businesswoman loves the creative challenges in her work. Clients call on her to help them create new, custom projects with diamonds, gems, and other fine materials.

Susan is a lifelong native of Colorado and is married to husband, Richard.  Her hobbies include attending gem and jewelry shows, travel, golf, gardening, and cooking for friends. 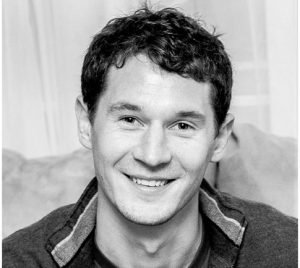 Derek Katzenbach, owner of Katzenbach Designs, first started his love for jewelry and gemstones at a local mineral show. He was instantly entranced by all the incredible treasures being shown. In the following few years, Katzenbach searched out local mentors who helped him start his journey into the design, metalsmithing, and lapidary worlds. This path also led him to Carlsbad, California to obtain his G.G. (Graduate Gemologist) and G.J. (Graduate Jeweler) degrees from the GIA. After receiving his formal education Katzenbach soon formed Katzenbach Designs, specializing in custom gem cutting, jewelry, and other fine artwork.

Since forming Katzenbach Designs, he has passionately pursued the knowledge to do his own design work, CAD, lapidary, metalwork, and stone setting. By having all of these skill sets he can masterfully create elaborate and innovative pieces that are instantly recognizable.

In the last two decades, Katzenbach has had his work become part of museums, won prestigious awards, and found homes in various private collections. His first AGTA Spectrum Award™-winning ring is on display at the world headquarters of GIA in Carlsbad, California along with the “Colors of Maine” Kaleidoscope that won a Spectrum Award in 2017. Katzenbach has many gemstones and pieces of jewelry in the Maine Mineral and Gem Museum including the largest faceted Maine gemstone, the “Quartz Queen” a 1452 ct. Maine Smoky Quartz. He also has fantasy cut lapidary works in the Somewhere In The Rainbow Collection.

Katzenbach currently resides in Farmington, Maine, with his wife, three children, two dogs, and one cat. When not creating fine gemstones and jewelry Katzenbach loves spending time with his family, playing volleyball, and gardening. 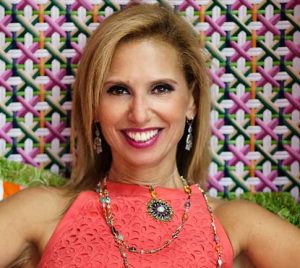 Award-winning designer Sharon Khazzam displays her love of art and gemstones in each of her creations. Drawn from her original sketches and paintings, each completely one-of-a-kind, numbered jewel is entirely handmade and meticulously catalogued with a permanent record guarded in her studio. In fact, she’s never created two of the same piece!

Sharon’s career began upon earning her jewelry design degree from F.I.T. in 1984. Shortly after graduation, Asprey hired her as their sole in-house jewelry designer, a position which Sharon held onto for eight years. With Asprey’s support in 1993, Sharon launched her first eponymous collection.

Simultaneously, Sharon consulted for different jewelers, amongst which were Fred Leighton and London Jewelers. In 2001, Sharon introduced her collection at Barneys New York, a partnership that blossomed into a defining era of her jewelry, continuing until Barneys’ untimely ending in 2019.

In 2013, Sharon was honored as a member-at-large for the American Society of Jewelry Historians, and in 2014, was inducted into the CFDA.

Since the start of 2012, Sharon’s jewelry has been featured in a number of books, including the Quintessentially Gems Collector’s Guide, a book memorializing Queen Elizabeth II’s ninetieth birthday as well as one celebrating her marriage to Prince Philip, a commemoration of one hundred years of the Royal Air Force, and four editions of the Rolls-Royce Enthusiast Club yearbook. She has also exhibited her pieces at numerous art fairs and exhibitions, including several PAD fairs. Most recently in 2021, Sharon won an AGTA Spectrum Award™ in the Objet d’Art category for one of her pieces. 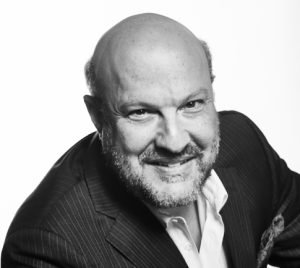 Carter specializes in exquisite custom jewelry design that is personalized to fit the individual – and it’s only one of the secret talents that make Carter’s jewelry highly sought after. His style of relationship-based service is unmatched in the industry.

Every custom jewelry design is based upon the client’s needs and specific desires for the piece. Carter’s talent led him to help his client’s think outside of the box. “Taking my lead from clients who loved colored gemstones allowed me the opportunity to find them the best of what was out there. The clients that permitted me to do this never really got noticed for their large diamonds, but always got noticed for their colored gemstones. Not necessarily by the size of their stone, but the strength and purity of color.  It just stands out.”

Carter developed his love of colored gemstones growing up in Santa Fe, NM, but a pivotal point that hooked him was visiting a gentleman named Joe De Bella at his shop, deBella Fine Gems and Jewelry Art. “I wasn’t even thinking of being in the jewelry business, but I was smitten with the colored stones I was shown. I have Joe to thank for allowing some kid on his bicycle to stop in and ask questions, as he gave his time to explain what I was seeing.”

Carter was bestowed the “Best Fine Jewelry Designer” by the readers of D Magazine in Dallas, Texas. He is noted internationally for creating stunning pieces of jewelry in diamonds and colored gemstones for his prestigious clientele, and young couples alike.

Carter is an expert in colored gemstones and has been featured in many trade publications. He also holds a prestigious certification from GIA. Carter resides in Dallas and is married to renowned artist and attorney, Jill Malouf. 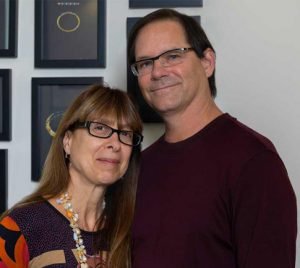 Mark Patterson Fine Jewelry is a national fine jewelry brand founded in 1985 in New York City by Mark and Josette Patterson. The brand reflects their creative partnership and defines their design philosophy to create jewelry made ethically in their studio with the finest gemstones and craftsmanship.

Growing up in Southern California, Mark’s interest in jewelry began after he enrolled in a gemology class at GIA in Santa Monica, CA.

While at GIA, he met his wife, Josette, who was enrolled in the jewelry arts and design program. Soon after graduation, they both moved to New York City where Mark was hired by GIA’s New York campus to work in the lab grading diamonds before teaching gemology. While in New York, Mark learned to make jewelry under the guidance of Kurt Gaum, who trained him in traditional Swiss goldsmithing techniques and became his mentor for many years. Josette was freelancing her designs and pursuing more design classes at the Parson School of Design and other art schools in New York City.

In 2010 Mark and Josette opened their Flagship Store/Studio in Newport Beach, California. Together, they personally work with local clientele to custom-design fine jewelry items and repurpose family heirlooms for the most discerning individuals. The Mark Patterson team of artisans meticulously handcraft from start to finish each piece of jewelry, whether it is an engagement ring, wedding bands or any bespoke heirloom under the discerning eyes of Mark and Josette.