In his more than 30 years at GIA, Dr. Shigley has been widely recognized as the face and voice of GIA research. Representing the Institute around the world, he has lectured and published extensively on diamonds, colored stones and gem identification. His work solidified the Institute’s reputation for ground breaking research. 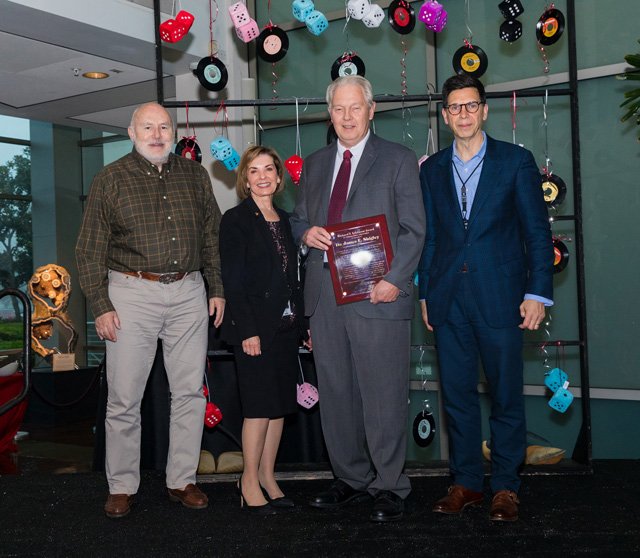 “Mr. Liddicoat believed deeply that GIA should have a strong research department, and thanks to Dr. Shigley’s work – from the very inception of his career – this vision is fulfilled,” said Tom Moses, GIA executive vice president of laboratory and research. “Dr. Shigley’s selfless sharing of knowledge leaves a lasting legacy, not only for GIA but for the gem and jewelry industry.”

Shigley is a prolific contributor to gemological research. His studies identified methods of separating natural from laboratory-grown diamonds, documented important gem localities and established characteristics of HPHT laboratory-grown diamonds. Shigley was instrumental in the creation of the GIA Gem Project, a collection of 2,800 stones (representing 225 minerals) from the Edward J. Gübelin Collection that is used for research, education and display.

Since 1984, he had authored or coauthored 195 scientific articles, including 79 for Gems & Gemology (G&G); 27 of those received the journal’s Most Valuable Article award. He serves as a contributing editor for G&G, and as the editor of the G&G in Review book series.

The Richard T. Liddicoat Award for Distinguished Achievement has only been given to 13 people since it started in 1994. Several recipients are still at GIA today – Kathryn Kimmel, senior vice president and chief marketing officer; John Koivula, analytical microscopist; and Tom Moses, executive vice president and chief laboratory and research officer.

Learn more about GIA at www.GIA.edu.