(NEW YORK) – Jewelers of America (JA) has announced the GEM Award nominees in the categories of Jewelry Design, Media Excellence and Retail Excellence. The winners in these categories will be announced live during the 17th Annual GEM Awards on January 11, 2019, at Cipriani 42nd Street in New York.

GEM Awards honors individuals and brands whose work raises the visibility and status of fine jewelry and watches. Each nominee has achieved excellence in their field and awards category. The nominees are:

Silvia Furmanovich – Silvia Furmanovich was born in São Paulo, Brazil, to a line of Italian goldsmiths who created sacred adornments for the Vatican. She established an appointment-only jewelry business in 1998, and opened her first standalone boutique in São Paulo in 2009. Her daring designs combine her meticulous attention to detail with her wide-ranging passions for the natural world, ancient cultures and unusual materials like oxidized copper, shells or woven bamboo. “I love to find something unexpected in a remote part of the world and transform it into jewelry that someone will cherish,” says the designer, whose pieces are all handmade by artisans in São Paulo. 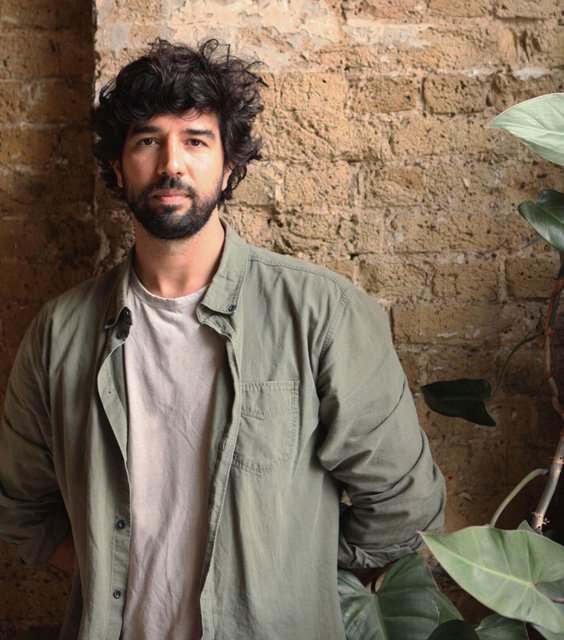 Fernando Jorge – Brazilian-born jewelry designer Fernando Jorge takes inspiration from the laid back attitude and effortless sensuality of his home country. Though based in the UK, his brand’s aesthetic is inherently Brazilian, using locally sourced gemstones and minerals detailed with his signature finish: unique cuts and the use of delicate gold snake chain. Jorge worked for over a decade for Brazilian jewelry labels before earning an M.A. in jewelry design at Central Saint Martins in London and launching his eponymous collection in 2010. He is considered among the brightest emerging jewelry designers garnering international media attention and awards from COUTURE, Town & Country, and the British Fashion Council among others.

Valérie Messika – The daughter of a diamantaire, Valérie Messika lived and breathed diamonds growing up, eventually working at Chanel, then her father’s business where she learned the diamond trade from the inside out. She is a true innovator injecting the age-old diamond with a new-found cool factor – and inspiring a new generation of clients to fall in love with diamonds. In 2005, she founded her brand, Messika, with the philosophy that diamonds should be wearable and comfortable. In 2013, Valérie opened Messika’s flagship store in Paris and two years later her Parisian High Jewelry Atelier. She remains the only businesswoman in France to head her own independent jewelry Maison.

Brecken Branstrator – Brecken Branstrator is the senior editor at National Jeweler. A graduate of University of North Carolina’s prestigious School of Media & Journalism, she began her career as a reporter and editor at a trade publication for the alcohol industry before joining National Jeweler in 2013. In her more than five years with the publication, Brecken has distinguished herself as one of the top reporters covering the colored gemstone market today. She has traveled extensively across the United States and internationally, visiting Tanzania, Kenya, Thailand and India to relay first-hand accounts of developments in responsible sourcing, mining, pricing and trends in the market.

Will Kahn – Even after over a decade of jewelry editing and styling, Town & Country’s market & accessories director, Will Kahn, is fueled by his discovery of new designers and jewels. This curiosity and good taste is evident across the pages of Town & Country, where he edits the shopping pages, styles jewelry stories and dresses the occasional celebrity. His #willsnotebook posts on Instagram are among the most unique to hit the jewelry social media world, bringing his passion for fine jewelry to a new audience. Will spent seven years in the accessories and fashion department of W magazine and held positions at New York Magazine and Teen Vogue.

Michael Thompson – An undisputed expert on the business of watches, Michael Thompson has reported on the watch world as editor-in-chief of International Watch since 2005. His passion for journalism began in high school and led him to the jewelry and watch industry in the late 1980s when he was hired as senior editor at JCK Magazine and then as watch editor at Professional Jeweler. Prior to this, Michael was editor at Security World, a trade publication that took him behind the scenes of NASA and Rockefeller Center among other assignments. He earned a bachelor’s degree from Hiram College and a master’s degree in journalism from Northwestern University.

Broken English – Broken English is synonymous with the laid back luxury that defines how women wear their jewelry today. The brand’s three boutiques offer a thoughtfully curated mix of contemporary and vintage jewelry in effortlessly chic, intimate surroundings. Established in 2006 in Los Angeles by owner Laura Freedman, Broken English expanded to the heart of New York’s SoHo in 2014, and in April 2017 to Newport Beach, CA – this most recent location featuring homeware in addition to fine jewelry. Two things unite each store and define Broken English’s enduring success: a commitment to exceptional customer service and to supporting the artistry and craftsmanship of the world’s leading designers.

Cellini Jewelers – Cellini has been a premier New York independent jeweler and haute horology salon since it first opened its doors at the Waldorf-Astoria Hotel in 1977. Today, the Cellini flagship store on Park Avenue offers a rich assortment of exceptional jewelry that includes everything from custom treasures to timeless designs from designers like Carrera y Carrera, Fabergé, Sutra and Wellendorff. Cellini’s horology collection appeals to a wide range of enthusiasts, from those searching for their first fine timepiece to seasoned collectors who appreciate seeing rare watches from world’s most exclusive and innovative watchmakers, including De Bethune, Greubel Forsey, MB&F and Ressence.

Threads – Threads (threadsstyling.com) is doing something truly unique in luxury fashion, influencing a highly engaged global audience of high-net-worth millennials through innovative editorial content on Instagram, Snapchat and other social media platforms. Sales and styling advice are made using messaging platforms, where the company engages its next-generation clients with a bespoke, personal and high touch styling service akin to a luxury retail experience. Orders are facilitated directly through mobile chat platforms. According to the company, there are no limits to the products and service they can provide: “We are not bound by any inventory constraints and can therefore find you whatever it is you desire.”