The winners of all categories will be announced live during the GEM Awards ceremony on Friday, January 8, 2016, at Cipriani 42nd Street in New York. The GEM Awards annual gala, considered the “Academy Awards” of the jewelry industry, honors individuals and brands whose work raises the visibility and status of fine jewelry and watches.

The GEM Award for Lifetime Achievement is granted to an individual for an accumulated career’s worth of contributions to the fine jewelry and watch industry. Honorees set a standard of excellence that serves as an inspiration to industry colleagues. 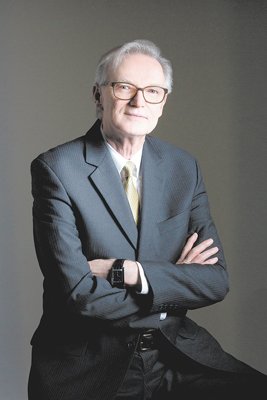 Blending a passion for his subject, a commitment to in-depth reporting and journalistic integrity, Joe Thompson is considered one of the watch industry’s most knowledgeable observers. His career spans more than four decades, beginning in 1977 at Jewelers Circular-Keystone (now JCK) magazine, then Modern Jeweler magazine as editor-in-chief in 1982. In 1996, Thompson became the founding editor of American Time magazine to focus exclusively on watch reporting. In 2000, he joined New York-based WatchTime. Under his leadership, WatchTime has developed an outstanding global influence and has been described as “the gold standard in international specialist watch magazines . . . arguably the most influential watch magazine in the world.”

Thompson’s journalistic and editorial excellence has received numerous awards including nine awards from the American Business Press and two from Sigma Delta Chi, the Society of Professional Journalists.

“As both Chairman of the GEM Awards and from knowing Joe for more than 30 years, I couldn’t be more thrilled with the GEM Award Committee’s choice of Joe Thompson as our Lifetime Achievement Award Winner,” says Norman Miller, EVP/Publisher of Elite Traveler. “Joe has been a mentor to me since I began at National Jeweler magazine in 1980 and embodies the spirit of what this award is about. His career has been dedicated to illuminating the fascinating business of our industry.”

The nominees for the GEM Award for Jewelry Design are:

Caroline Scheufele – As Co-President and Artistic Director of Chopard, Caroline Scheufele, devotes a great part of her energy and passion to creative design. In 1985, Scheufele introduced the “Happy Diamonds” jewelry collection, the first jewelry line of Chopard. Thanks to a bold and constant determination, she has succeeded in propelling the over 150-year-old house to the forefront of the Haute Joaillerie arena.

Media Excellence, an award that recognizes consistent excellence in quality of reporting on fine jewelry and watches, is another of the four GEM Award Categories that will comprise the 2016 GEM Awards. The nominees for the GEM Award for Media Excellence are:

Kyle Anderson – Currently the Market and Accessories Director of Marie Claire magazine, Kyle Anderson is continually featured as a trendsetter, style expert and fashion personality.  He previously held the post of Senior Accessories Editor at Elle magazine and has contributed to international publications. His unique sense of style and sense of humor have given him a mass following on Twitter, Instagram and Tumblr as well as his website, www.kyleeditor.com.

Rob Bates – With over 20 years of experience writing about the diamond and jewelry industries, Rob Bates is the News Director of JCK magazine, where he reports on the diamond industry and the high-volume retail sector through well-researched articles and his award-winning blog, Cutting Remarks. He has been quoted for his analysis of the industry in The New York Times, the Chicago Tribune and on National Public Radio.

Rachel Garrahan – As a freelance journalist specializing in jewelry and watches, Rachel Garrahan’s work has been featured in the Financial Times, The New York Times, T Magazine, The Jewellery Editor and Condé Nast Traveller, among others. Originally from London, now based in New York, her recent features include stories on the red carpet jewelry industry; consignment versus wholesale; and interviews with Elizabeth von der Goltz, Lisa Hubbard and Sally Morrison.

The nominees for the GEM Award for Watch Design are:

Cartier – Since 1847, the Maison Cartier has been synonymous with beauty, excellence, creativity and a unique savoir-faire. From its jewelry tradition, the Maison has blossomed into the inventor of an iconic and universal style while constantly pioneering new ground. The Cartier style goes beyond time with a unique aim: for today’s creations to become tomorrow’s treasures. The Maison’s creations in jewelry, watches and precious objects honor milestones in a person’s life.

Piaget – Piaget has stood as an icon of excellence and creativity since its founding in 1874, elevating the manufacture of timepieces and High Jewelry to an absolute art. Piaget is known for its extravagant and creative High Jewelry designs, ultra-thin movements and artistic dials, as well as high complications. Piaget is one of the only remaining watchmakers that designs and crafts its own cases, bracelets and movements.

Roger Dubuis – Roger Dubuis is the modern interpretation of Haute-Horlogerie: combining high-end complications and a unique design approach. Founded in 1995, their state-of-the-art production facilities in Geneva, Switzerland, ensure the brand enjoys complete freedom to innovate. Manufacturing only 4,500 timepieces annually, Roger Dubuis is one of the most exclusive Maison in the world of fine watchmaking. Among their landmark movements are the brand’s iconic Excalibur Double Tourbillon Skeleton.

Jewelers of America’s GEM Awards is the fine jewelry industry’s premier accolade gala, which recognizes the achievements of individuals and companies whose work raises the visibility and status of fine jewelry and watches. To take part in the GEM Awards, show support for the honorees and to purchase tickets, sponsorships and advertisements please visit www.jewelers.org/gemawards.