(NEW YORK) – The excitement was palpable throughout the Jacob Javits Center as the 8 designers from the JA New York New Designer Gallery made their New York City fine jewelry trade show debut. Aimee Petkus, Julie Lamb, Linda Hoj, M. HISAE, Olivia B., Original Eve, Ravit Kaplan and S. Tree each carry collections with signature aesthetics that excited the judges and made for a difficult deliberation. Despite the tough competition, Linda Hoj was declared the 2019 Mort Abelson New Designer of the Year. Linda’s prolific collection blends modern artistry with ancient techniques and truly exemplifies the spirit of the New Designer Gallery, as well as the forward-thinking vision of this section’s founder, Mort Abelson. 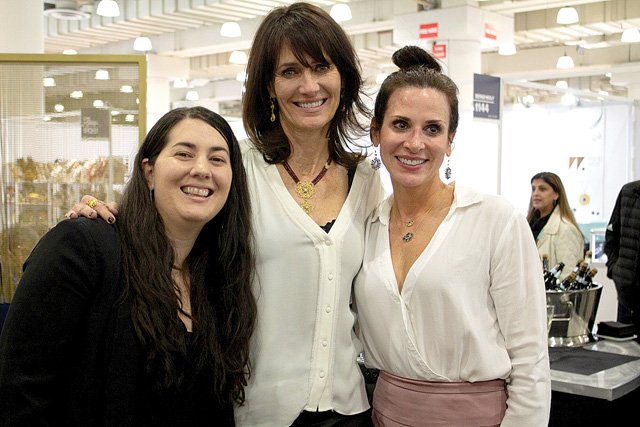 In introducing this year’s results, JA New York Group Show Director, Drew Lawsky, noted: “42 years ago, the visionary Mort Abelson introduced the New Designer Gallery to the JA Shows. By bringing these artists to commercial trade shows, Mort significantly altered the entire fabric of our industry. Many of the designers who exhibited in those first New Designer Galleries went on to become world-renowned brands, and we’re confident that this tradition will continue with this current generation of artists.”

Theresa Kaz then went on to introduce this year’s Mort Abelson New Designer of the Year Award recipient, prefacing, “I always maintain that exhibiting in the New Designer Gallery was the best thing I’ve ever done for my business!”

A visibly emotional Linda Hoj came up to accept her award enthusing, “This is amazing! This is beyond amazing! Thank you all for everything. You’ve all been so supportive and I appreciate you so much!”