(GALVESTON, Tex.) – John Ford triumphed again in two categories in the American Gem Trade Association’s 2017 Spectrum Awards. Ford won Platinum Honors in both the Evening Wear Division and the Business/Day Wear Division. The Spectrum Awards is said to be the Oscars of the jewelry industry – the most prestigious jewelry and gemstone competition in the world.

Ford’s first Spectrum Award win in 2014 thrust his collection into the international spotlight for their unique and exquisite designs. In the time since, Ford’s Lightning Ridge Collection has received critical acclaim from jewelry editors and fashion stylists throughout the world while his designs have been seen on the red carpet at the Oscars and the Emmys. Additionally, following his initial 2014 win, Ford racked up three more Spectrum Awards prior to his wins this year – making this year’s awards his fifth and sixth Spectrum Award victories. 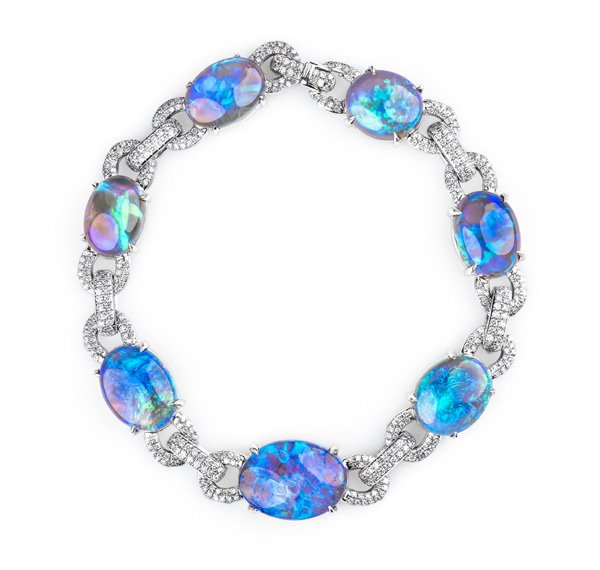 “I was once again flabbergasted when I got the call that once more my designs had been the judges’ choice – this time for two more Spectrum Awards. Each year, getting that indelible call still invokes and stirs in me an indescribable sense of astonishment and pride at successfully competing against hundreds of the world’s finest designers. As in past years, the most exhilarating aspect of winning Spectrum Awards remains the opportunity to share my passion for the most beautiful gemstone in the world – Lightning Ridge black opal. I remain humbled by the fact that there is no higher honor for a jewelry designer than consistently garnering multiple Spectrum Awards year after year,” said Ford.

John Ford sources black opal exclusively from Lightning Ridge, Australia for his black opal and diamond designs. His collection is proudly available in luxury jewelry stores throughout the United States. The designs can be seen at www.LightningRidgeCollection.com. For more information, contact john Ford via phone at 409-771 -7750 or e-mail at john@lightningridgecollection.com.