(NEW YORK) – Jewelers of America (JA) and the GEM Awards Committee have announced high jewelry designer Lorraine Schwartz will be the recipient of the GEM Award for Jewelry Style at the 20th annual GEM Awards on January 14, 2022. The GEM Awards will be taking place at Cipriani 42nd Street in New York City.

The GEM Awards gala honors the outstanding achievements of individuals or companies whose work raises the visibility and status of fine jewelry and watches. Responsible for some of the most iconic jewelry moments of the 21st Century, Lorraine Schwartz is synonymous with jewelry style as she has adorned some of the world’s most influential individuals – from Royalty to A-list celebrities. 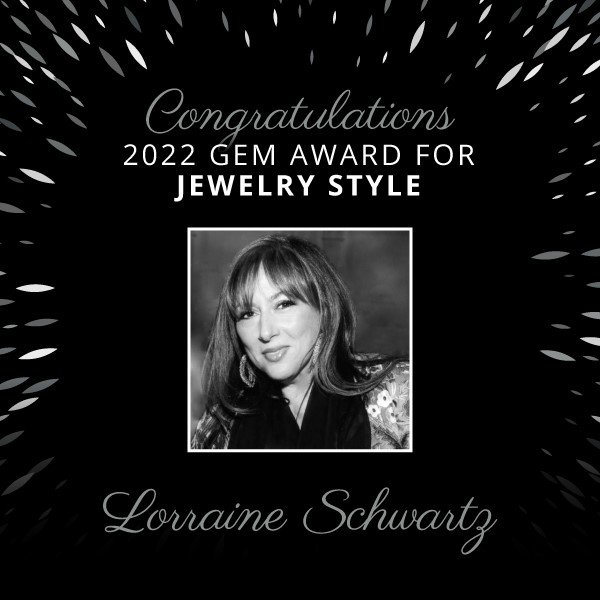 “Lorraine Schwartz has been a driving force behind consumer demand of fine jewelry. She is truly a jewelry industry legend, and we are delighted to be recognizing her contributions to jewelry style with this GEM Award,” says JA’s Director of PR and Events Amanda Gizzi.

Sponsorships, tickets and advertising opportunities are available now. For details on GEM Awards and to purchase, visit gemawards.jewelers.org. The ad deadline is December 10, 2021.