MJSA, the U.S. trade alliance dedicated to professional excellence in jewelry making and design, recognized 14 outstanding jewelry designers in its 2019 Vision Awards competition. An annual celebration of outstanding creativity, craftsmanship, and technological prowess, the competition honored both professional and student excellence in several categories, including a new award for Enamel Distinction. 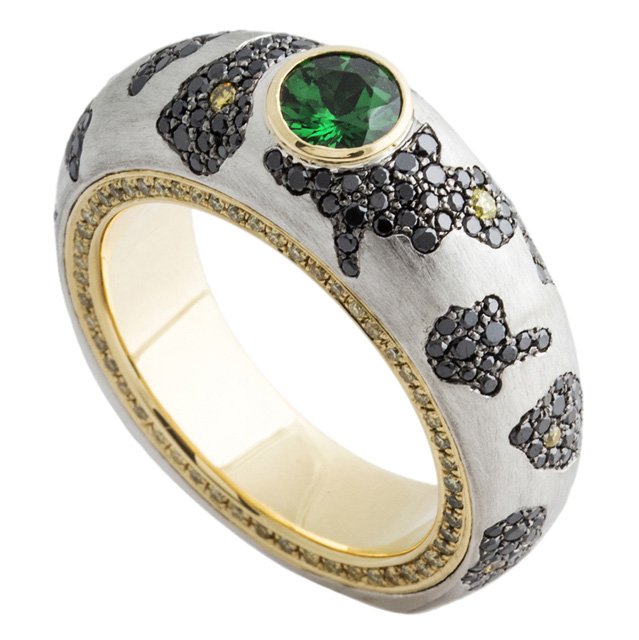 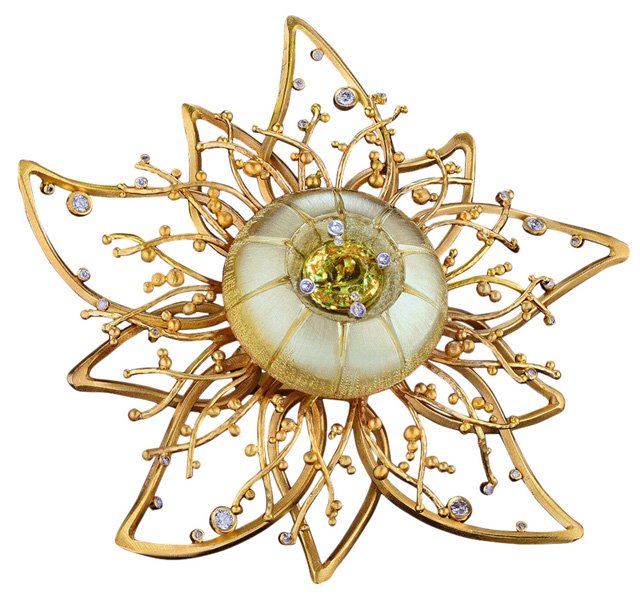 Rosario Garcia of Rosario Garcia Designs in Fort Lauderdale, Florida, for a floral-pattern ring fabricated and engraved by hand. It features a natural sphene as its center stone, with accents of granulation and diamond “dewdrops.” 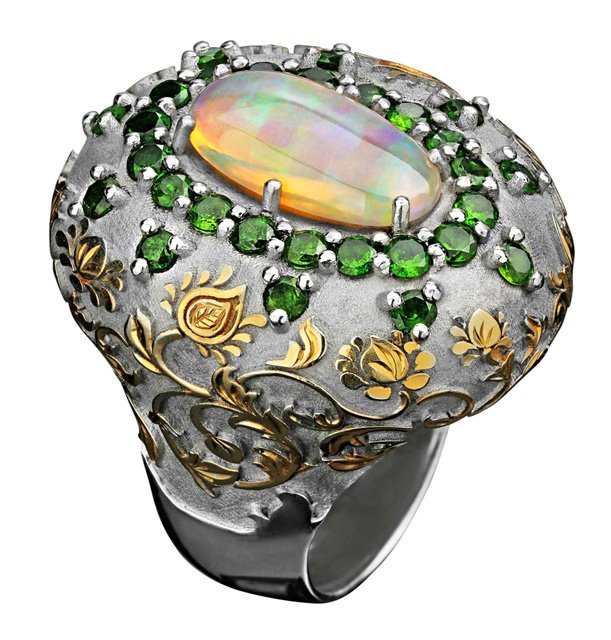 Anna Berezina of Svet Kamney in Moscow for an opal and chrome-diopside ring made of recycled silver, with gold- and rhodium-plated accents.

First Place, Professional Excellence, One to Three Years in Business 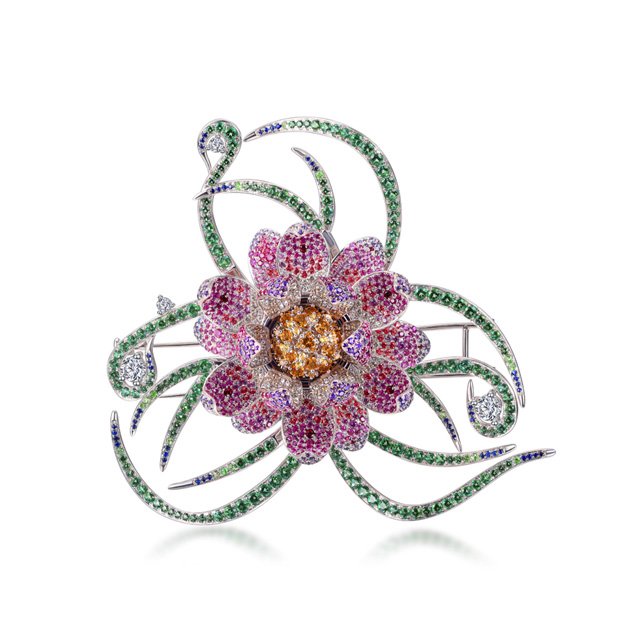 Sabina Wong of Sabina Wong in Richmond, British Columbia, Canada, for “The Lotus.” Made of 18k white gold with topaz, sapphire and green garnet gemstones, the brooch contains four levels – the lily pad and three layers of petals – and a mechanism that enables the petals to open and close.

Second Place, Professional Excellence, One to Three Years in Business 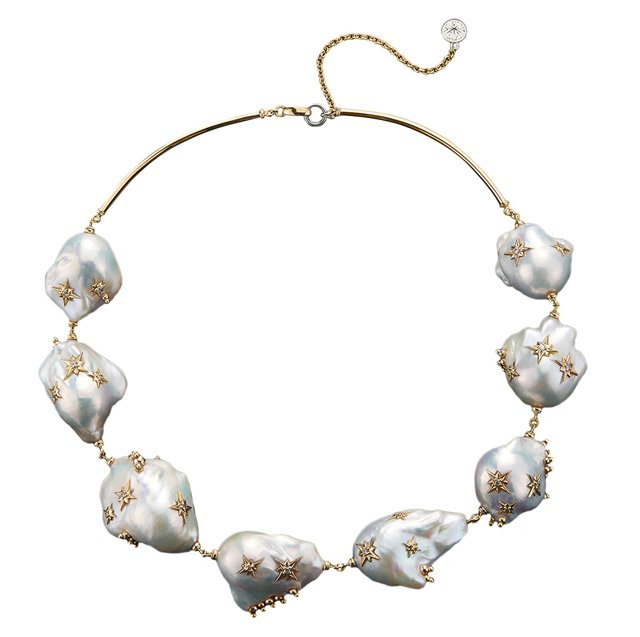 Oksana Lerman of Rock Lily Collection in Brooklyn, New York, for a handmade necklace of white baroque cultured pearls encrusted with 14k balls and 14k diamond-set stars. All of the elements were set with silver pins to enhance the “stars in the sky” effect. 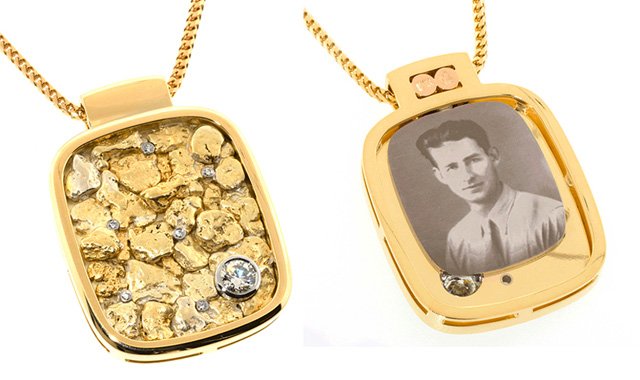 Andrew Costen of Costen Catbalue Goldsmiths & Designs in Vancouver, British Columbia, Canada, for his “Gold Nugget” photo pendant. Created using both traditional techniques and modern laser technologies, this pendant commemorates a client’s father: It incorporates gold from a nugget chain her father purchased in the Yukon, as well as a laser-engraved photo of him taken in the 1940s. 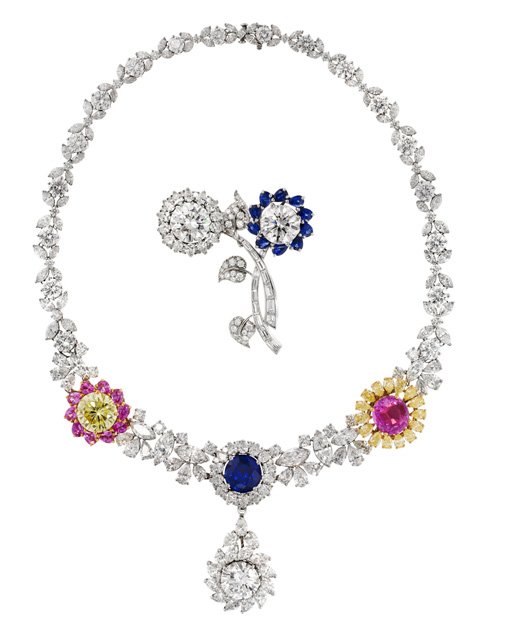 Tom Heyman of Oscar Heyman & Brothers in New York City for his “Seven Heirs Suite.” Composed of platinum and 18k gold with multiple gems, jackets, and ornaments, the convertible collection was commissioned with the intent that the pieces would eventually be split among the client’s heirs. Built around four white diamonds, a fancy intense yellow diamond, a sapphire, and a pink sapphire, the collection can become a necklace with two front pieces, two rings, a pendant, and a brooch. All of the parts were made in the designer’s New York City workshop, as were the custom screwdrivers required for assembly. 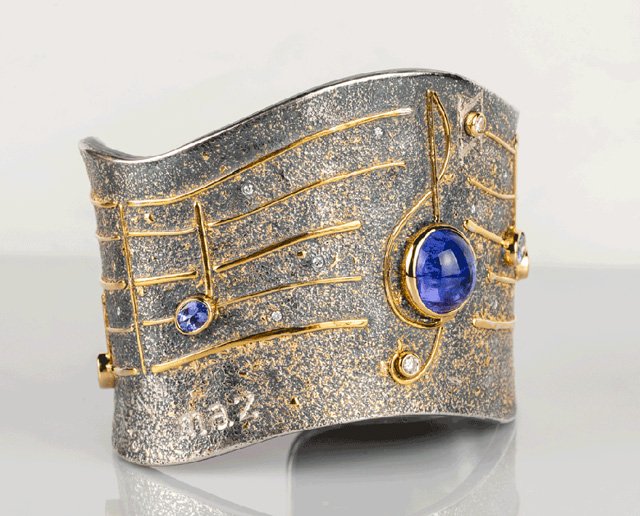 Llyn Strong of Llyn Strong Fine Art Jewelry in Greenville, South Carolina, for a cuff bracelet made of sterling infused with gold dust, 22k wire, tanzanite, and diamonds. Created for a musician who had a deep personal connection to the hymn “Amazing Grace,” the cuff features the song’s first notes on a musical staff. 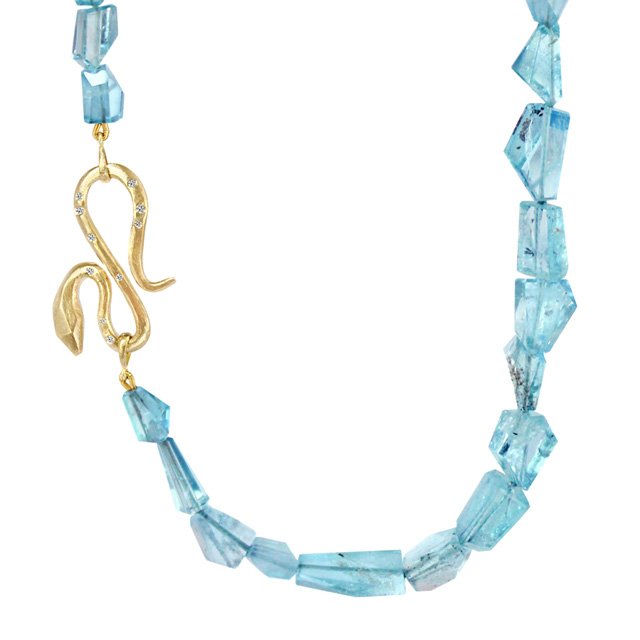 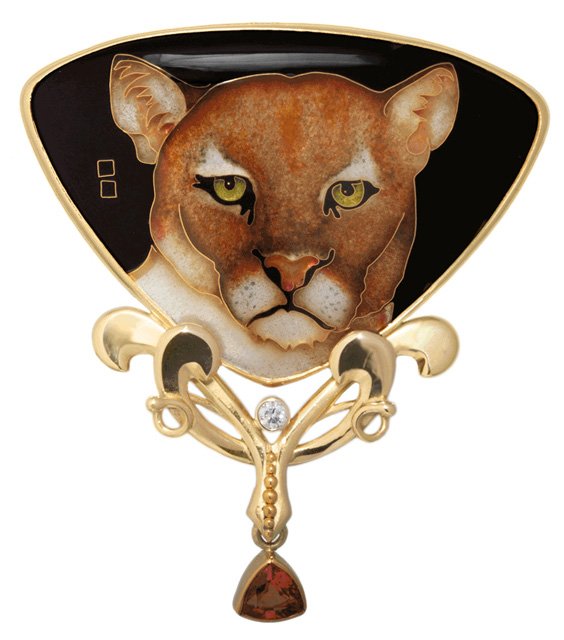 Merry-Lee Rae of Merry-Lee Rae in Freedom, California, for her brooch featuring a beautifully rendered head of a cloisonné cougar. 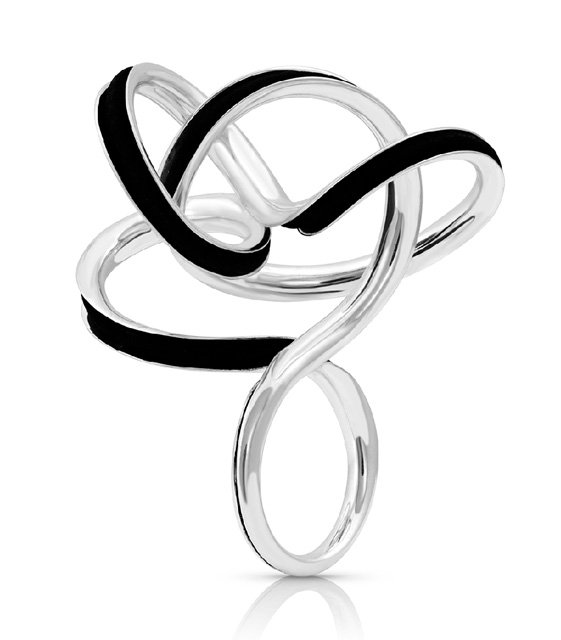 Timo Krapf, a BFA student at the Rochester Institute of Technology in Pittsford, New York, for his organically looping silver-and-leather-cord ring. 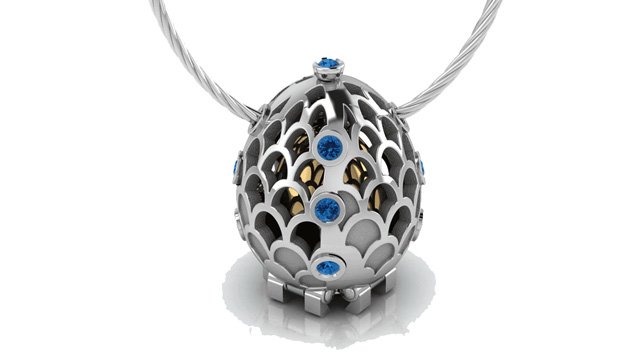 Wonhee Kim, a student at the Gemological Institute of America in Carlsbad, California, for a sterling and 18k pendant inspired by the imperial eggs of Fabergé: created with four hinged pieces, the pendant’s egg-shaped exterior opens to reveal a gold egg, which itself opens onto a blue topaz. 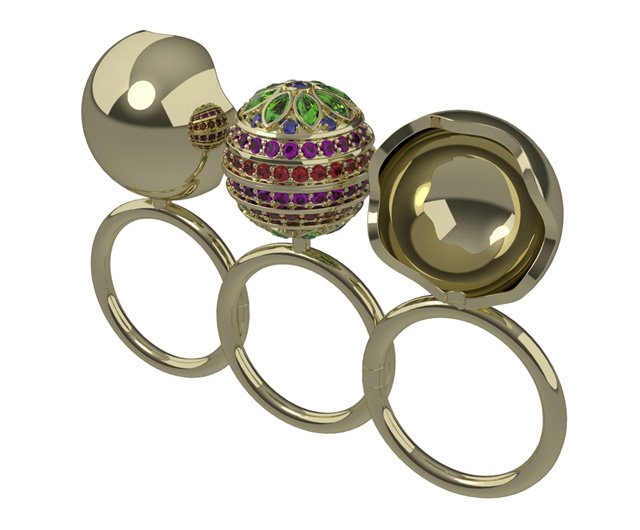 Jiyeon Kang, a student at the Fashion Institute of Technology in New York City, for her “Hidden” three-finger hinge ring that can be worn on one finger or three. When opened, the ring reveals a sterling ball decorated with colorful cubic zirconia. 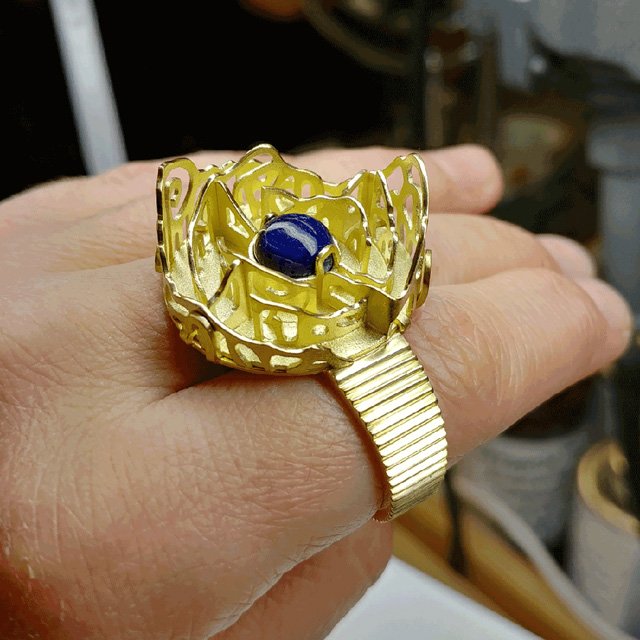 Marina Kim, a student at George Brown College in Toronto, for her 18k yellow gold “Labyrinth” ring, with a lapis lazuli cabochon set in the middle of the ring’s labyrinthine pattern.

In addition to cash awards, gift certificates for tools and supplies, and (for the students) scholarship funds, the winners will be profiled in the August issue of MJSA Journal and promoted through ads in both Instore, Metalsmith, and The Retail Jeweler. All of the winning entries will be on display at the 2020 MJSA Expo at the Javits Center in New York City.

For more information and to view the winning pieces, go to www.MJSA.org.