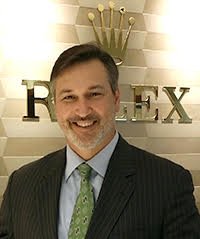 (LITTLE ROCK, Ark.) – Sissy’s Log Cabin has announced the promotion of Lamar McCubbin to president. An industry veteran with more than 25 years experience, McCubbin has worked with the brand since 2014. With this transition, Bill Jones has been named the company’s CEO, while founder Sissy Jones will retain her place on the board of directors.

In addition to his responsibilities as regional manager, McCubbin’s new role as president will now also encompass handling all of the day-to-day business operations for all four Sissy’s locations – Pine Bluff, Little Rock and Jonesboro, AR, and Memphis, TN.

“Lamar has shown incredible business integrity and passion for this industry, and I’m proud to promote him to president,” said Bill Jones, CEO and son of founder Sissy Jones. “Since operations are such a foundational facet of our business, it was important to me to assign a dependable leader like Lamar to this area so that I can focus more thoughtfully on growth, finance and marketing.”

As the store considers expansion into other markets, McCubbin’s role as president will become increasingly important to better position for that growth. Prior to joining Sissy’s Log Cabin, McCubbin worked alongside many notable jewelry industry leaders such as Steve Wynn in Las Vegas, Donald Thompson in Augusta, GA, and Alan Zimmerman in Wilmington, NC. Prior to a stint as a multi-business owner from 1986 – 2006, he also spent 10 years with A.A. Friedman, where he managed seven stores throughout Florida and the Carolinas.

“I am humbled by this opportunity to help our stores grow and succeed,” said McCubbin. “Sissy’s has experienced exceptional sales growth the last couple years, and I’m happy to keep up those trends by ensuring our stores continue to demonstrate the most brilliant selections with the best possible teams.”

The store’s recent growth has also led to a need for additional sales staff, and Memphis store manager Michael Bohner has been named vice president of training, responsible for new staff onboarding across all four locations. Bohner has been with Sissy’s Log Cabin since 2011 and has more than 12 years of jewelry industry experience.