Lifetime Achievement Award honoree Sissy Jones’ remarkable journey in jewelry retail began more than 45 years ago when, in 1970, she rented an old log cabin in Arkansas and opened an antique and jewelry store called Sissy’s Log Cabin. The store gained monumental success, becoming one of the most well-known and well-respected jewelry stores in Arkansas. Sissy has received numerous accolades, including the Lifetime Achievement Award from the Arkansas Jewelers Association, the Retailer of the Year by the Women’s Jewelry Association and the 2015 Arkansan of the Year by Easter Seals.

The Ben Kaiser Lifetime Achievement honoree Peter Engel is president of Fred Meyer Jewelers, based in Portland, Oregon. He is responsible for overseeing 328 stores in 31 states. His career at Fred Meyer spans decades, beginning in 1981 as a sales associate, then regional supervisor, vice president of operations and, in 2005, his current role as president. He is heavily involved in the jewelry industry, serving on the board of directors for Jewelers for Children, Diamond Council of America and the Diamond Empowerment Fund. He is also actively involved with Jewelers of America. 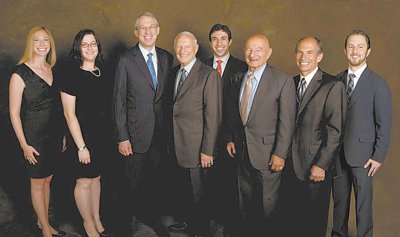 Ben Bridge Jeweler is receiving the Corporate Award in honor of its long-standing commitment to excellence as a jewelry retailer. For more than 100 years, Ben Bridge has provided the very best jewelry, paying special attention to personal, caring service. Established as a small watch shop in downtown Seattle in 1912, Ben Bridge Jeweler is run by the fourth and fifth generation of the Bridge family who maintain their reputation of high standards of integrity, quality, value, selection and service. Today, the business is owned by Berkshire Hathaway. Ben Bridge operates over 80 stores in the Western United States and Canada.

“WJA congratulates our 2016 recipients, each a shining example of excellence in our industry,” says Brandee Dallow, president of the Women’s Jewelry Association. “We look forward to bringing the industry together in July at the Hammerstein Ballroom to celebrate their impressive achievements in style.”

WJA Executive Director Bernadette Mack adds: “Moving the gala to the Hammerstein Ballroom is an exciting new development for our biggest event of the year. The legendary venue combined with this year’s extraordinary honorees is generating unprecedented enthusiasm and support for the 2016 event.”

At its annual gala, WJA also will present Awards for Excellence in retail, design, manufacturing/supplier, sales, marketing and communications, editorial/reporting/publishing, and special services.

The WJA Awards for Excellence gala has been a part of the industry’s social calendar since 1984. At its gala, WJA brings together industry leaders to honor the best, and for a social evening that raises money for scholarships and grants for deserving women entering or working in our industry. A Silent Auction and raffle will again be mounted in 2016 to raise additional funds for these important causes. Tickets and sponsorships will go on sale later this year.