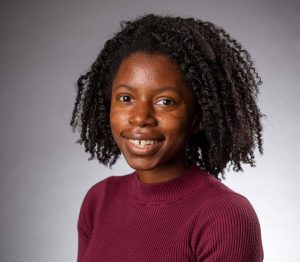 (PALO ALTO, Calif.) – Zillion is excited to announce that Ms. Kaylin Moss is the recipient of its Zillion Women in STEM Scholarship. Moss, currently a computer science major at Marist College, was among many highly qualified and impressive applicants, and was selected for her strong commitment to learning, perseverance and advocacy for women in science.

As an InsurTech focused on Personal Jewelry Insurance, Zillion created the Zillion Women in STEM Scholarship to aid and empower women to enter into the fields of science, technology, engineering and math. The academic scholarship awarded by Zillion is designed to cover a portion of tuition costs for a female student majoring in a STEM discipline at an accredited college or university in the United States.

“At Zillion, our success is due to our innovative team. We’ve seen first hand the benefits of having diversity within our organization with women representing a large percentage of our engineering team,” said Adam Black, Managing Director at Zillion. “We are thrilled to award this year’s Zillion Women in STEM Scholarship to Ms. Moss, and are impressed and encouraged by her achievements in STEM both at school and beyond the classroom.”

Learn more about Zillion at myzillion.com.

From gas and watchmaking, turning 75 in retail jewelry

Morris Jewelry: The people have ‘It’

The Retailer’s Perspective: A return – to the unknown