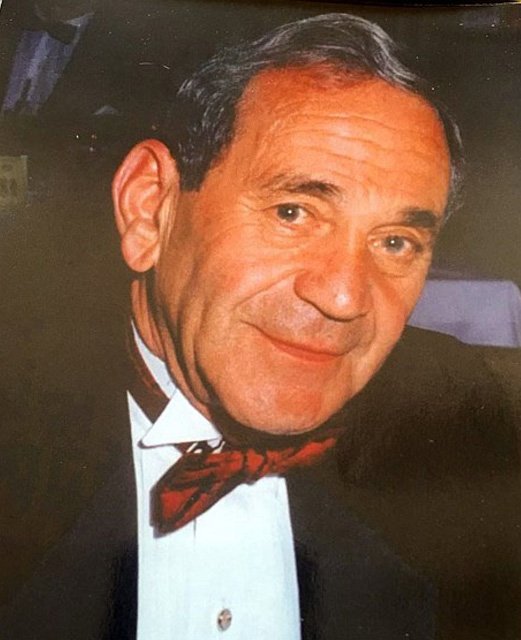 Banice entered the ROTC program and graduated from the University of Rhode Island with a degree in chemistry. He was a Lieutenant in the Army, commanding a unit in the 388th Chemical Smoke Generator Company in Korea. His unit was responsible for laying down the smoke screen to protect the infantry.

During an operation, the wind changed direction and several soldiers were trapped on the wrong side of the smoke screen. Banice drove a jeep across the line to lead them back to safety. He was awarded the Bronze Star for his heroic action.

When he returned to the United States, he started a business selling to the Military Post-Exchanges. He began by selling out of the trunk of his car to Navy ships afloat. A representative of Bulova watch asked him if he was able to sell nationwide. “Of course,” was his reply and he was soon representing hundreds of companies ranging from Panasonic, Sony, Pioneer, and Westinghouse to Calvin Klein Jeans, Munsingwear shirts to a number of jewelry companies. He opened offices in East Providence, Norfolk, San Diego, Dallas, Jacksonville, Honolulu, Anchorage and Rota, Spain. He opened distribution companies in Alaska and Hawaii.

He then shifted his attention from these businesses to jewelry companies. He opened Sentiment Jewelry and then acquired Deltah Pearl Company, Giovanni Jewelry Company and Imperial Pearl Syndicate. He combined these companies under the umbrella of the Bazar Group.

However, this was not enough because he was married to Beverly. They were both firmly focused on family. Everything they did was centered on family and this led to their next venture. They decided that the family should learn to ski together in Waterville Valley, New Hampshire. In 1973, after a snow drought and an oil shortage, an Inn in Waterville Valley went up for SBA auction. While Banice was in Europe on business, Beverly went to watch the auction. When Beverly picked Banice up at Logan Airport, he asked her who bought the Inn.

He was the gregarious host in the lounge at the Inn. Late nights at the Inn did not stop him from being the first one on the ski slopes and the last to leave. He loved waking up his children and then grandchildren early, making them scrambled eggs and then racing them to the mountain. Banice loved all sports and was an avid supporter of the University of Rhode Island. He began going to games in 1947 and was a season ticket holder for the men’s basketball games.

Donations in his memory may be made to the University of Rhode Island Foundation to support the men’s basketball team, 79 Upper College Road, Kingston, RI 02881.